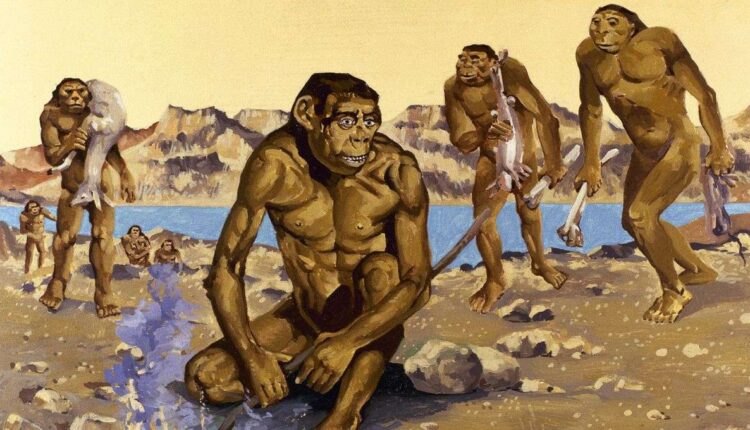 The next time you hear someone argue that humans are like chimpanzees, tell them they are a few million years behind the story.

Sarah Hrdy opened her book Mothers and Others by asking the reader to imagine human passengers on a plane replaced by chimpanzees. Instead of cooperation and toleration of close contact, bumping, and baby crying that are routinely experienced when traveling with strangers, she imagines that few passengers would arrive at their destination with body parts intact. Clearly, humans are not like chimps.

But humans evolved additional characteristics that other apes do not have. These include:

What brought about these unique human capacities? Social anthropologists are converging on answers (reviewed in Burkart et al., 2009 and Hrdy, 2009). Hominins, starting with homo erectus, grew a larger brain (about three times the size of a chimpanzee’s), which required a great deal of calories to fuel. Hominim mothers could not meet their children’s brain needs by themselves, especially since they have an extended juvenile period and continue to need help accessing foods (unlike mammals such as horses or sheep, which start walking around and eat shortly after birth).

As a result of culture and brain co-evolution, mothers banded together to help one another with caregiving. Meeting the 24/7 needs of babies is exhausting because they are so immature for so long. Unlike most mammalian mothers, human mothers shared breastfeeding and other kinds of support with one another.

Other ape mothers, who live in dominance hierarchies, are highly possessive of their offspring presumably because of dangers of infanticide by male dominators and rival females. Such mother-offspring isolation does not foster the types of skills that are seen to develop within cooperative breeding communities, where allomothers, with mother present, help with infant care and with child provisioning after weaning (around age 4). Children learn to relate to multiple others (not just mother), leading to wider attachment  and greater social flexibility (Hrdy, 2009). Cooperative child raising led to capacities for shared intentionality, something that chimpanzees, in comparison to young human children, do not demonstrate (Tomasello, 2009).

At the same time, males were “domesticated” by coalitions of females who needed their hunting skills and products to feed those same immature brains cooperatively bred by the community; female coalitions kept males guessing about female fertility (unlike in other ape groups) using ritual ceremonies (Power, 2019).

The female coalitions used ritual to contain alpha male predation, keep hunting products coming to the cooperative breeding group, and maintain a dynamic egalitarianism that shifted between women’s power to separate themselves from men (forcing the men to hunt) and men’s power through hunting success and rewards of sexual gratification (Knight, 1991). Concomitant with these activities, egalitarianism became a feature of hunter-gatherer societies, as is still apparent in the San Bushmen, who hold the ancestral genes of all human beings on earth (Henn et al., 2011).

To keep everyone in tune with one another, intersubjectivity, or mutual mindreading also developed in our hominin line, facilitating group cooperation (Hrdy, 2009). Scholars point to this cooperative way of living and being as facilitating spontaneous prosociality and sharing of information.

The complex social brain that hominims evolved is a political brain. Although biologists call it Machiavellian for its political astuteness and social manipulation, psychologists have adopted the term for a different, pathological type of intelligence. But the positive version originated as the “social maneuverings” of non-human primates (Whiten & Byrne, 1996, p. xi). It represents the ability to form political coalitions, predict the needs or reactions of out-group members. Notably, nomadic foragers (the type of society representative of 95% of human species) were adept at controlling big egos, forming coalitions that teased inflating egos down to size, as a matter of community safety (Boehm, 1999).

How did that happen? Civilization dismantled the cooperative lifestyle our ancestors evolved, where mothers raise children surrounded by postmenopausal women 24/7 and where alpha males are controlled by female coalitions requiring provisioning of the young before sexual access is provided (Knight, 1991).

To foster our evolved capacities, we will need to return to supporting mothers and children 24/7. This viewpoint is part of a new developmental evolutionary psychology theory (Narvaez, Moore et al., 2021).