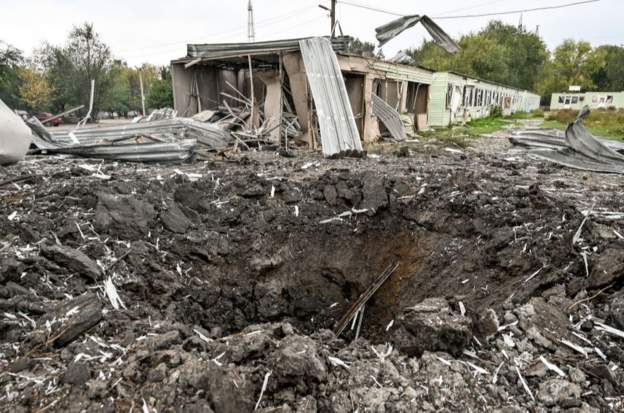 Russian forces are thought to have used long-range air defence missiles in a ground attack role yesterday to hit a humanitarian convoy near the city of Zaporizhzhia.

Such Soviet-era missiles – named S-300 – have frequently been used by the Russian army on ground targets such as civilian infrastructure and housing, military analysts and Ukrainian officials say.

So why are S-300s being used against ground targets, instead of shooting down aircraft?

Justin Crump, CEO of the strategic risk company Sibylline and a former British Army officer, told the BBC that “it is a wasteful use of these missiles, and they’re not particularly accurate either”.

However, “the Russians have a stockpile of older missiles they need to use up. It’s a question of using everything they’ve got – Russia really is throwing everything but the kitchen sink at its operation in Ukraine.

“Although they have this role it’s a very secondary role – it’s not very effective and this is not a great use of it. The current operations, while deadly to Ukrainian civilians, still fall far short of the sort of capabilities we saw at the start of the war with Iskanders and Kalibr cruise missiles being used routinely.”

Ukraine has shown it is capable of high-precision, deep strikes with HIMARS and MLRS rockets, so “Russia is trying to match it with everything it can to try and play the same game – but they’re definitely playing from behind”.

Despite the rudimentary nature of some attacks, it is probably going to get worse as they try to increase the pressure on Ukraine, Crump added.