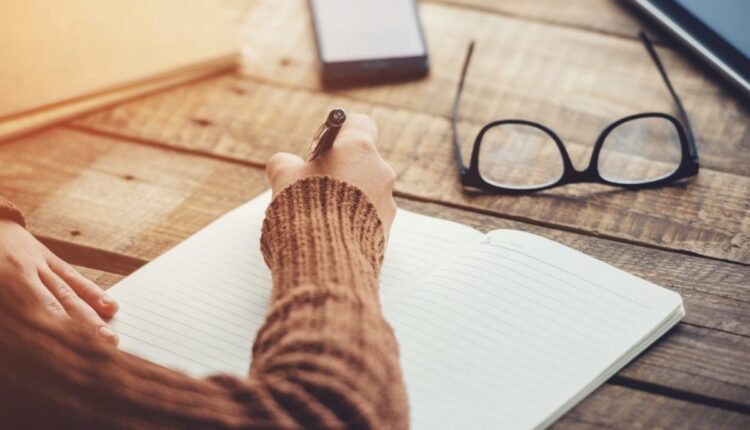 My boyfriend, Andy, and I are visiting my niece and her husband for the first time.

My niece has thought of everything, from making sure we have our own towels and toiletries in her well-appointed guest bathroom to the kind of yogurt we like for breakfast.

But things get awkward when she shows us where we’ll be staying and we see that the room only has one bed. This wouldn’t be an issue for most couples, but it is for me and Andy.

When Andy and I are forced to share a bed, I usually don’t get any sleep or I end up making a makeshift bed on the floor with whatever spare pillows and blankets I can find, as though I’m making a childhood fort.

It’s not perfect, but even sleeping in the bathtub is preferable to me to sleeping next to someone. I can count sheep until daylight but if I’m not comfortable, then there’s nothing I can do to get some good sleep.

Whatever gets you the best night’s sleep should be the first concern for anyone, even if it means going against the norm. When I’ve explained to people that we need two beds, I can tell it’s difficult for them to understand — as if sleeping alone is the ultimate act of rebellion.

I’m not trying to be selfish; I just can’t stand to be in the same bed with anyone. I like being able to move my body freely all over the mattress and dictate how hot or cold the bed is when I get into it. Plus, I don’t want to worry about any sounds or movements that I might make that could keep one or both of us up and sleepless.

When I was a kid and had sleepovers, I was okay sharing a bed. But since I didn’t grow up with any siblings, it was never a consistent thing. So from a young age, I developed a preference for sleeping alone.

I understand the appeal of sleeping with someone, especially during winter (who doesn’t love getting into a bed that’s already toasty warm and snuggling with your love)? But I can get that same warmth if I put a heating pad in the bed for a few minutes before I go to sleep and that way I don’t have to encounter someone’s icy cold feet.

I’ve lived with Andy for over ten years, and he has his bedroom and I have mine. When we were first together, we tried to share a bed because I knew that was what he expected, but I just couldn’t do it.

While most couples seem to enjoy sharing a bed, saying that it adds to their sense of togetherness and intimacy, I feel as stifled and constricted as if I were wrapped up tight in a sleeping bag but was still under several blankets and quilts.

Everybody has certain things that they need for a good night’s rest: sleep masks, white noise machines, windows open, or having the room temperature set to exactly how hot or cold they like it. In Andy’s case, he likes to fall asleep to the sound of the television, while I need total silence.

When we first got together, we tried sleeping in the same bed but after several sleepless nights, we agreed to sleep alone was probably better for both of us.

While initially, Andy might have missed sleeping in the same bed with me, over time he’s gotten used to sleeping alone and enjoys the freedom of being able to fall asleep to the soothing sounds of Game of Thrones or The Sopranos.

Now, whenever Andy and I stay in a hotel, we always get a room with two double beds and we make sure to bring along earplugs because of Andy’s wall-shaking snoring.

My parents slept in separate rooms years before they got divorced, and it never seemed especially odd to me. This could be where I got my distorted view of sleeping arrangements. Perhaps the desire to sleep alone is inherited — or maybe I’m just funny that way.

People tend to think that sharing a bedroom is the only place that a couple can be intimate, but we’re not limited to just being affectionate or loving when we’re about to go to sleep.

Andy isn’t the first guy that I’ve lived with — there was another guy, Steve. When we first moved in together — into a studio apartment, no less — we shared a futon.

The futon was right on the floor without a frame to elevate it, so our orange tabby kittens ran over our heads all night long. We eventually moved into another apartment, and Steve would end up sleeping on the couch most nights because neither of us could ever get comfortable enough together to get a good night’s sleep.

One time, I found a letter to him from a woman that was trying to steal him away. One of her selling points was that if he were her boyfriend, he wouldn’t be sleeping on the couch with his cats.

If someone comes over to my house, I try to avoid any discussion of sleeping arrangements because it makes me feel as if there’s something wrong with me.

But over the years, I’ve learned and accepted that there isn’t. I don’t have night terrors and I don’t sleepwalk. I do have to use a CPAP machine for sleep apnea, but that’s only been the last few years and, if anything, the CPAP muffles the sound of my snoring, so I’m easier now to sleep with than I was before.

It would be one thing if there wasn’t anybody on Earth that I could sleep with, but that’s not the case. I slept well next to my college boyfriend because he slept cool and tight, not unlike a vampire. Andy, however, sleeps hot and the two of us together in a bed are the equivalent of a human furnace.

Andy and I made it through that visit at my niece’s but the next time, one of us will either sleep on the couch or we’ll get a hotel room, making sure that it has two double beds. We’ve been together for a long time, and sleeping solo works for us, no matter what other people might think.

Six Reasons You Need To Plan That Vacation Right Now

5 Traits Of A Long-Lasting Marriage