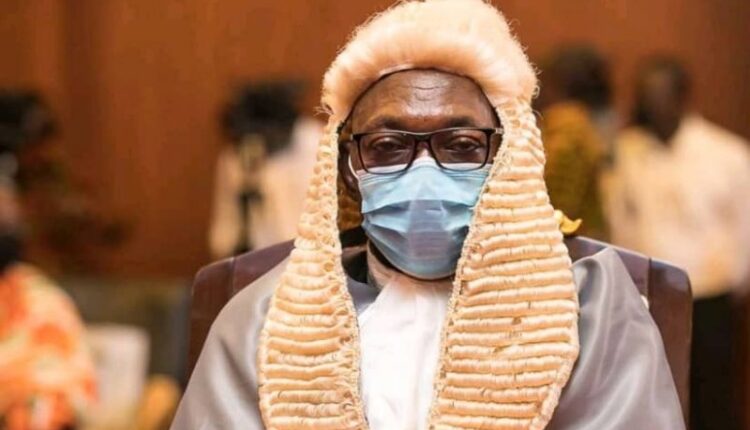 Will the NDC ever forgive Justice Clemence Honyenuga for endorsing President Akufo-Addo?

President Akufo-Addo was on a three-day tour before December 7, 2020, when the Paramount Chief of the Nyagbo Traditional Area passed the comment.

“We wish to congratulate you for the excellent manner you are governing this dear country of ours. It is our hope that with your vision and gains made in your first term, Ghanaians may consider giving you another four years,” he said.

This statement by the Supreme Court Justice was greeted with criticism, considering the message’s timing and the fact that he was now a justice of the apex court of the land.

The NDC party found the statement by Justice Honyenuga “regrettable” and “unacceptable”.

The NDC MPs accused him of breaching the Judicial Service Code of ethics that urged the judge and others of his status to stay politically neutral.

The Volta Regional Chairman, Henry Kwadzo Ametefe, signed a statement when the issue happened and called for appropriate sanctions, but nothing happened.

Ghana’s constitution bars chiefs from playing active roles in politics, but they can take political appointments.

Justice Honyenuga was questioned about it when he appeared before Parliament with two Court of Appeal judges: Justice Yoni Kulendi and Justice Issifu Omoro Tanko Amadu, on May 11, 2020.

In his defence, he said he did not endorse the presidency in his personal capacity.

He said he was merely reading a speech on behalf of chiefs and people of Afadjato South District when the President visited the region.

But he later buckled under pressure and apologised during his vetting.

“If any group had been affected or their political fortunes affected by my comment, I am sorry, please forget about it,” he pleaded.

Although he apologised, it appears the NDC would never let it go. The sins of the past continue to linger on, even in 2021.

The party shies away from any association with the Supreme Court Justice. This has become apparent in two recent court cases with ties to the NDC – the Santrofi, Akpafu, Likpe and Lolobi (SALL) dispute and the COCOBOD case.

In these two cases, the lawyers had demanded Justice Honyenuga recuse himself as the judge.

On January 4, 2021, the lead counsel representing SALL residents, Tsatsu Tsikata, had only one request.

The revered Tsikata wrote to the court demanding the removal of Justice Honyenuga from a panel of five hearing the Hohoe case. The other panel members included Justices Yaw Appau, Samuel Marful Sau, Gertrude Torkonoo and Amadu Tanko.

Mr Tsikata pointed out that the apex court judge had deep emotional ties with the NPP candidate for the Hohoe constituency John Peter Amewu. 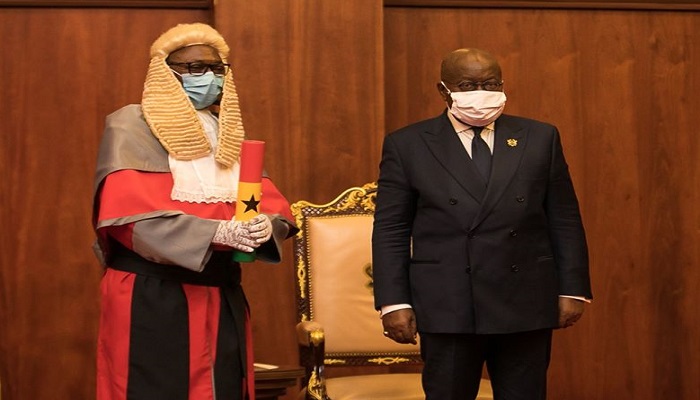 He feared the ‘friendship’ would lead to a bias, making him rule in favour of Amewu.

“He is well aware of the circumstances and cannot be sitting as a judge. We had hoped that he would spare us the tussle by recusing himself.

“Mr Honyenuga has a long-standing personal relationship with the person in question. We are ready to bring evidence of those who know both parties, including statements made by both parties attesting of their unbreakable bond,” Mr Tsikata claimed.

This argument was shot down by the then Deputy Attorney General Godfred Yeboah Dame, who was representing the state.

A member of the panel, Justice Gertrude Torkonoo, suggested that she had some affiliations with Mr Tsikata.

“I remember eating kenkey in your house, so should I also recuse myself,” she asked, as people burst into laughter in the courtroom.

With both sides unwilling to compromise, the panel presided over by Justice Yaw Appau went on recess to take a decision.

The verdict was outright dismissal.

Justice Honyenuga continued as a panel member till the substantive case was tossed out by the five-member panel. He was, however, not part of the appeal team.

Here we are again, facing the same tale of a face we don’t want to see.

This time, it is happening in the trial of the former COCOBOD boss Dr Stephen Opuni and Seidu Agongo.

The two are facing charges of causing financial loss of GH¢271.3 million to the state.

They want Justice Honyenuga to recuse himself as the judge of the case.

The Accra High court was notified of the application on Thursday, June 3, 2021.

This time, Opuni’s legal team led by Samuel Cudjoe attributed it to the fact that the judge said he wanted an expedited trial to afford him time to focus on his Supreme Court duties.

According to the defence team, the alleged comments would not allow the accused persons to defend themselves as enshrined in the 1992 Constitution properly.

Despite this, Justice Honyenuga remains strong.

It lies in the fact that President Nana Akufo-Addo, during his swearing-in, urged him to overlook the challenges at his vetting that threatened to stop his promotion to the highest court of the land.

“I know you have had a somewhat difficult few weeks in the run-up to today. Happily, you comported yourself in a dignified manner, and I can only urge you to overlook these events, which should be a mere blip on your public career and dispense Justice in accordance with your conscience and the rule of law,” the President said.

But if Justice Honyenuga and the NDC do not find a way to smoke the peace pipe, it appears the NDC’s constant bias claim may blight the learned judge’s legal career.

How this pans out eventually remains to be seen.

What does the law say?

Let’s take a look at what the code of conduct for Judges and Magistrate says, specifically rule 1, 2, 5 and 6.

(a) Act as a leader or hold an office in a political organisation;

(b) Publicly endorse or publicly oppose another candidate for political office;

(c) Make speeches on behalf of a political organisation;

(e) Solicit funds for a political organisation or candidate, or purchase tickets for political party dinners or other functions.

He is an active Justice of the Supreme Court of Ghana.

Honyenuga hails from the Volta Region of Ghana.

He studied at the University of Ghana before entering legal practice.

He began as an Assistant State Attorney, then later a private legal practitioner.

His career at the bench begun when he gained appointment as the Judge Advocate of the Ghana Navy.

He served in this capacity before his call to the High Court Bench. As a Justice of the High Court, he served as an additional High Court Judge adjudicating civil matters, robbery and other violent crimes.

He was the Director of the remand prisoners project prior to his call to the Court of Appeals bench. He is also the Paramount Chief of the Nyagbo Traditional area.