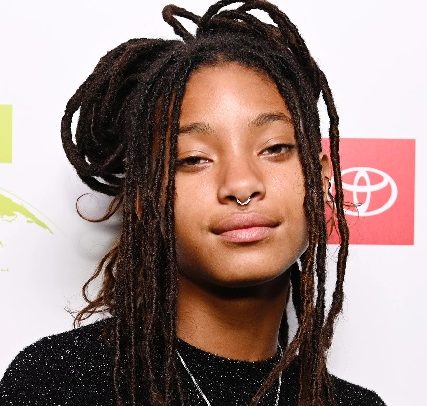 Willow Smith says she was not fazed by the media firestorm that broke out after her father, Will Smith, slapped Chris Rock at the 2022 Academy Awards, because she sees her “whole family as being human.”

The 21-year-old singer and Emmy nominee broke her silence on the controversial incident in an interview with Billboard published Friday, saying it didn’t derail her creativity or “rock me as much as my own internal demons.”

“I see my whole family as being human, and I love and accept them for all their humanness,” she told the publication. “Because of the position that we’re in, our humanness sometimes isn’t accepted, and we’re expected to act in a way that isn’t conducive to a healthy human life and isn’t conducive to being honest.”

At the ceremony back in March, Will Smith hit host Rock after the comedian made a joke about his wife Jada Pinkett Smith’s shaved head as he presented the Academy Award for best documentary. Pinkett Smith suffers hair loss due to the autoimmune condition alopecia.

“The Fresh Prince of Bel-Air” star then walked off the stage and shouted, “leave my wife’s name out of your f**king mouth” from his seat.

Smith, 53, has since resigned from the Academy, which banned him from the awards show for 10 years.

Last month, following a break from social media, Smith said he was “deeply remorseful” about his actions in a video posted to his verified Instagram account.