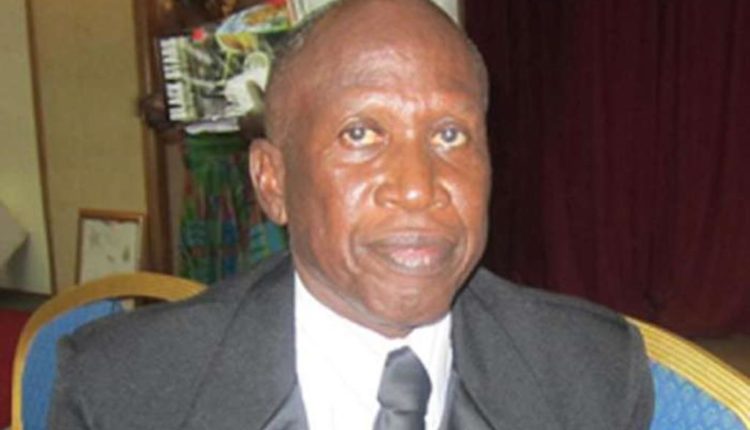 Rev Osei Kofi, nicknamed the wizardry dribbler during his playing days has revealed that he would have been sent to Nswawam prison if Ghana hadn’t won the 1965 Africa Cup of Nations (AFCON) because he attempted a coup in the Black Stars prior to the tournament.

Osei Kofi inspired Ghana to win the 1965 Africa Cup of Nations staged in Tunisia as he scored and assisted a goal in the final against the host nation.

In an exclusive interview with Pulse Ghana’s Thomas Freeman Yeboah, the legendary footballer narrated how he escaped Nsawam prison as a result of the historic Afcon triumph Ghana chalked in 1965

“In those days the economy of this country was in shambles. So if you want to travel you have to go to the Bank of Ghana with your passport and change 20 pounds for your pocket, so that when you go and you get something you buy it. But when the Black Stars go to camping Ohene Djan will collect everybody’s passport and give them to the protocol officer to the embassy for visas.

“Not knowing we got the visas long time and Ohene Djan had given Republicans players passport to them to go to the bank to change the money.

“But he didn’t give the passport of players playing for Accra Hearts of Oak S.C. Asante Kotoko SC and other clubs to them because he wanted to please the Republicans players so that every player will join them.

“When I got to know this. I am principled and no that I don’t respect. What Ohene Djan did wasn’t in the right direction, so I had to challenge him that if I don’t get my passport to go and change my own money, then I am not going to Tunisia and it became a problem.

“I told Addo Odametey who was then the captain of the Black Stars that if I don’t get my passport, then I am leaving for Kumasi.

“I packed up my things. It was 11 am and we were leaving for Tunisia that night. So I was in the room when Ben Kusi, Kwame Nti, and Agyemang Gyau came. They saw me packing and they asked me why and I told them. We packed up our things. When we were leaving the stadium, they called Ohene Djan and he walked barefooted to come and stop us. We had then chartered a taxi and about to leave, but they asked the taxi driver that does he wants to go to Nsawam, doesn’t he know the Black Stars are leaving for Tunisia and he fainted. We had to put water on him to be revived.

“We walked to where the women and children’s office is, that was where the American Embassy was and we met Mr. B.K Adusei. He asked us Osei where are you people going to. I told him we will be going to Tunisia this night so we want to go and put our things somewhere and he told me then come and put it in my house.

“The plan has spoilt. When we got to Mr. B.K Adusei’s house Ohene Djan was already there. Fortunately, Ohene Djan told Mr. BK. Edusei all the truth and he had to intervene.

“We were five, but one wasn’t part of the team but Mr. BK Adusei gave each of the five 20 pounds. So Mr. B.K Adusei has killed what happened.

“I told my people that now that the issue is settled, so if we go and the team doesn’t perform we are in trouble because Ohene Gyan will come and tell Osagyefo that we destroyed the team’s spirit here before leaving.

“By God’s grace when training started those of us that nearly had a coup, even the defenders in all the matches performed and it convinced Ohene Djan that something better would come out of it.

“If we had not come to Tunisia Ohene Djan would have been sent to Nsawam (prison), so he did what he was supposed to do by convincing us and if we had not won the cup automatically, so we supported each one during the tournament with inspirational words. otherwise, we would go to Nsawam (prison).

“Ohene Djan himself said that Osei we are all safe, after winning the cup”

Osei Kofi also played in the 1968 Africa Cup of Nations (AFCON), but Ghana this time placed-second after losing the final against Congo Kinshasa now DR Congo.