A woman from the United States has married ten times but still has been unsuccessful in finding ‘Mr Right’. 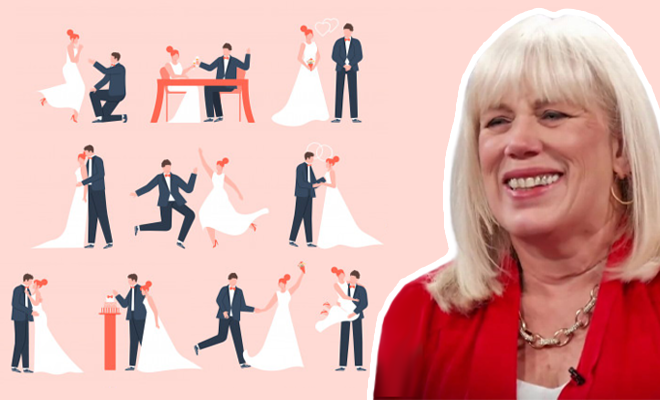 However, 56-year-old Cassey, who recently appeared in Dr Phil show, has said that she “will keep trying until” she finds the man who can love her and lead a happy married life irrespective of the number of times she has to go through it.

She has been married ten times and the longest one lasted for nearly eight years and the shortest was of six months. Cassey is on the verge of leaving the tenth husband.

The successful businesswoman appeared on the show to talk about relationships and seek advice on the same because, for one reason or another, her relationships were not lasting.

At one instance, Dr Phil asks, “0 times, really?” to which Cassey replies “yes.” When he asks if the situation regarding relationships has got to a point where the 56-year-old just laughs about it, Cassey says, “It’s got to the point where I’m either going to laugh or cry about it. Sometimes I do both.”

However, she starters answering with a smile but soon started tearing up as she added that “I don’t find it funny, and I don’t find it nonchalant by any stretch of the imagination.”

While elaborating about her situation, the businesswoman says whenever she is part of the marriage, it is usually her who is the first one to call quits and say, “That’s it; we’re getting a divorce, and I quit.”

When Cassey said that it was her first marriage that lasted for eight years and ended mutually, Dr Phil chuckled and said, “They never do”.

Cassey’s other experiences with marriage

It was followed by her second marriage that lasted for seven years and the pair has a son together.

However, after being engaged for two and a half years, Cassey started seeing the problems because her husband stopped saying that he loved her and would reply by saying “Ditto” In the conversation with Dr Phil when he questioned if the 56-year-old was unable to see “red flags” in such a long time, Cassey said she didn’t.

Eventually, after many more marriages, she is about to end the current marriage because he is a “control freak.” but she has now reached a stage where she is determined to find the right man to spend the life with. Cassey said, “I don’t care how many marriages it takes; I will keep trying until I find the one that can love me.”

The beauty standards we inherit

How Introvert-Extrovert Couples Can Make it Work

Single foster dad adopts 5 siblings to keep them together