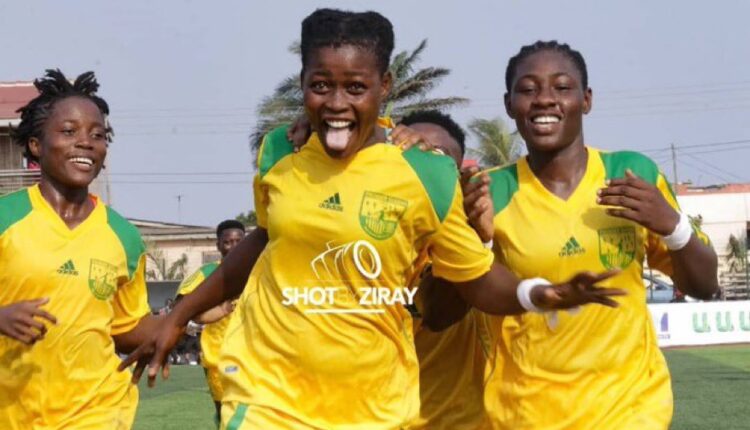 In what was a keenly contested encounter, Thunder Queens emerged as the victors thanks to the solitary goal Herodia Donkor scored in extra time.

The defeat will come as a blow to Berrry Ladies who were unable to book a place into the finals of the championship after coming second behind Hasaacas Ladies in the southern zone.

Thunder Queens are expected to face off with Ampem Darkoa who also defeated Immigration Ladies in their quarter-final, with goals from Ophelia Serwaa Amponsah and Priscilla Okyere.

The other two spots have been taken by Hasaacas Ladies and Supreme Ladies who won their respective games.

The date for the semis is yet to be announced.