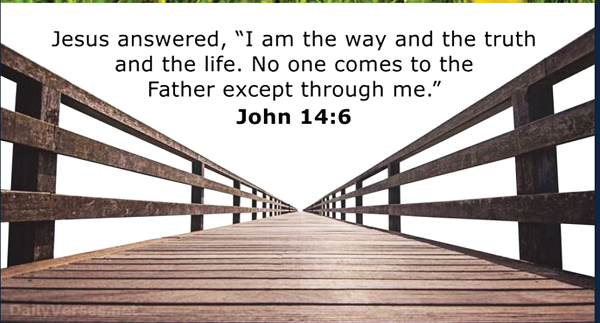 Words, chapters, and the Book

Last week, we narrated the ridiculous story of a church group whose leader told a visiting preacher, “Please, avoid mentioning the name of Jesus and make-do with the name of God only!”

Obviously shocked, the visiting preacher asked to know why, and was told, “Because some of our members are not comfortable with the name Jesus!”

The preacher who recounted this story said he ignored the caution and spoke about the Lord Jesus more boldly than he would otherwise have done without the strange request.

This illustration was part of our discourse on what the participants in the All-Ministers conference held at the Pentecost Convention Centre at Gomoa Fetteh last month were told.

Our fascination was about the analogy that, despite the inevitable differences among church denominations, members should consider themselves as “chapters in the same book”.

Simply put, God’s people need not quarrel over doctrinal differences. Think together, plan together, and, with concerted effort, execute the mission of the church.

Such unity in diversity creates a variety that is compatible with humanity’s penchant for groupings and associations. But the church cannot afford to allow diversity that creates variety to dim the light that comes from Christ, which the church must carry as a torch to a dark world.

This understanding, hopefully, would weed out unhealthy competition and disunity along denominational lines that often render ministers of the Gospel ineffective in carrying out the mandate of the church.

Throughout church life since the first century, conferences, consultations, and summits have been organised – and will continue to be organised – in the quest for denominational harmony.

Compromise this truth about Jesus and you’ve compromised everything. Denominations that purport to hold truth other than Christ must evaluate whose interest they serve.

In other words, denominations are made up of individual members. It is the combined synergy of individuals that makes up the whole church.

The call to a church to repent is a call to individual members of it. When Jesus is in the church, it is because he occupies the hearts of individuals. That is why it is the members, not the building, that is the church.

It is unfortunate when a denomination propagates teachings that lead the members astray from Christ. Hence, individuals are advised to join “Bible-believing” congregations, to avoid being led away from Christ who is the Truth.

The church is not just an association to simply register your name and join as a friend. No. The church is a family into which individual members are born – as Jesus told Nicodemus.

Simply joining the church because it is nice to belong to it is an unsustainable gesture. The Day is coming when true family members will be identified – like separating sheep from goats, as Jesus said – and the “friends of the church” would be left out!

At the All-Ministers conference, the 3,000 ministers were told, “God is not enthused about denominational distinctions.”

This undisputable fact reminds us of a reported vision of a Methodist minister who appeared at heaven’s gate and asked the gatekeeper, “Please, I would like to join the Methodists here in heaven.”

“There are no Methodists in heaven,” the gatekeeper replied.

“What!” the minister exclaimed. “No Methodists in heaven?”

Confused and perspiring at the prospects of missing heaven, the minister said, “If so, let me join the Anglicans after all Methodists and Anglicans are brothers.”

“Sorry,” said the gatekeeper, “there are no Anglicans here!”

The bewildered minister then conceded that given what he knew about the charismatic movement on earth, probably heaven was full of them. So he said, “Okay, if so, let me join the charismatics.”

“Charismatics?” the gatekeeper asked. “Who are they?” When the minister described the charismatics, the angel said, “No – there are no charismatics here.”

Now the minister asked the obvious question: “So who are these many people I see having fun in heaven?”

“These are Christians,” the gatekeeper said. “Each of them has received Jesus Christ as Lord and Saviour, having repented from their sins, and are washed in the blood of the Lamb.”

The minister smiled, offloaded his denominational mindset, thanked the gatekeeper, and proceeded to join the Christians in heaven.

This minister would forever realise that, indeed, as the Church of Pentecost chairman Apostle Eric Nyamekye told the conference, “God is not enthused about denominational distinctions.”

The writer is a publisher, author, writer-trainer and CEO of Step Publishers

Keys to the city: agents and landlords?

Samson’s Take: The curse of leadership in Africa