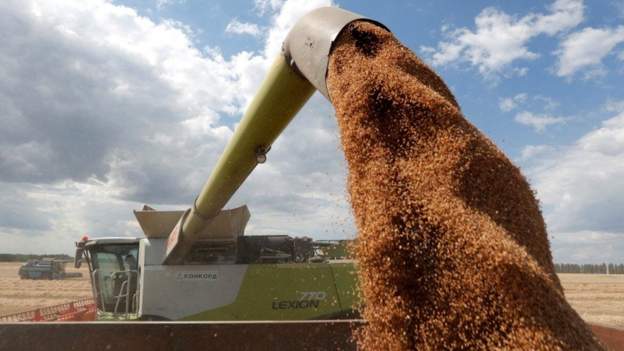 More than 345 million people around the world are facing “acute levels of food insecurity” as the war in Ukraine heads into a fifth month, says the World Food Programme (WFP).

The ongoing war, combined with rising global fuel prices and the fallout of the Covid pandemic, has significantly raised the imminent threat of famine around the world.

Much of Ukraine’s highly valued grain exports are in danger of rotting in local warehouses as the Russians continue their blockade of Ukraine’s ports on the Black Sea.

The situation is further exacerbated by sanctions on exports of Russian fertliser, which is likely to heavily impact food production going forward.

“We are extraordinarily concerned. We are facing the triple F crisis: food, fuel, and fertiliser,” Matthew Hollingworth, Emergency Coordinator for the WFP in Ukraine tells the BBC.

“Next year… we might not only have a food access problem, but a food availability problem as well,” he says – as countries, which already cannot afford to import food, struggle to produce their own crops without fertiliser.

“I would hope that common sense could prevail and recognise that the human cost of this war goes far beyond the borders of Ukraine,” he says. “There has to be an understanding that globally the world cannot cope with multiple famines in 2022 and 2023.

“The human cost is too great,” he adds.