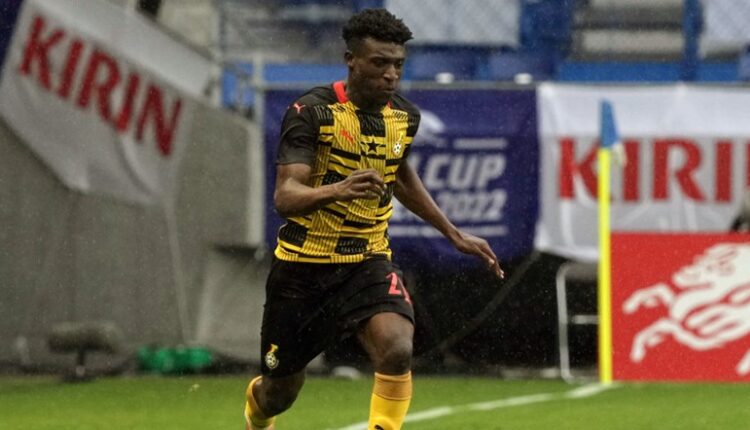 Dutch giants Ajax Amsterdam have shared their pride in Ghana midfielder Mohammed Kudus after his impressive outing at his debut World Cup.

Kudus scored a brace to give Ghana victory against South Korea in the second group game. His assist to Andre Ayew gave the Black Stars the equalizer against Portugal in the Group H opener.

He also won the Black Stars a penalty against Uruguay but Ayew missed from the spot as Ghana exited the competition following a 2-0 defeat to Uruguay.

“Proud of you Mohammed Kudus,” Ajax wrote on Twitter after the game.

Another tweet from the club shared their disappointment as Ghana left the tournament after just three games.

Kudus has however been the toast of several big clubs following his outstanding displays in Qatar. Liverpool sent scouts to watch the versatile player while Barcelona reveal interest in the Ghanaian.

The Right to Dream Academy graduate will be handed a short break before returning to Amsterdam to prepare for the resumption of the Eredivisie after the World Cup.