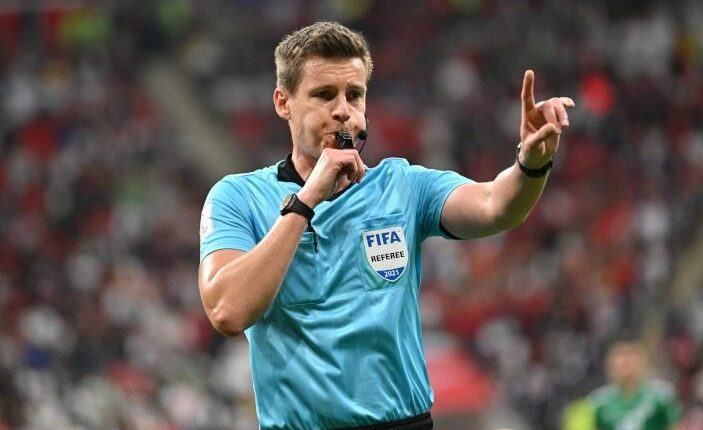 FIFA has appointed German referee Daniel Siebert to handle the high-profile World Cup clash between Ghana and Uruguay on Friday.

The 38-year-old has been tasked with ensuring fair officiating in a game that is important to both sides. It’s a rematch of the infamous 2010 contest in South Africa, which the South Americans won, as Ghanaians felt they were cheated.

Luis Suarez’s deliberate handball on the goalline denied Ghana victory late in extra time, with Asamoah Gyan missing the resulting penalty and Uruguay advancing to the knockout round on penalties.

They meet again 12 years later, this time at the Al Janoub Stadium in Qatar, with qualification to the round of 16 of the 2022 World Cup on the line. Ghana needs a win or a draw to advance after defeating South Korea in Portugal. Uruguay, on the other hand, requires a decisive victory.

Daniel Siebert is the man who will handle all of the pressure from both sides and ensure that no team feels cheated and that the game produces a legitimate winner.

He will be assisted by fellow countrymen Seidel Jan (Assistant I) and Foltyn Rafael (Assistant II), with Yamashita Yoshimi of Japan serving as the fourth referee.