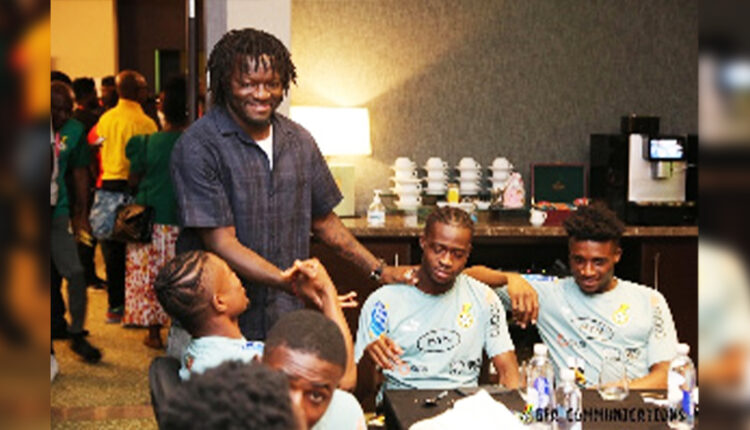 World Cup 2022: I’m 100% sure Black Stars will do well against Portugal – Sulley Muntari

Former Ghana midfielder Sulley Muntari says he is 100% confident that Black Stars will excel against Portugal at the World Cup in Qatar.

The Black Stars who are returning to the global showpiece after missing out in Russia 2018 has been housed in Group H against Portugal, Uruguay and South Korea.

Ghana will open their account against the European giants today, November 24 before they face South Korea and Uruguay respectively.

Despite being ranked the lowest team at the tournament, the former Inter and AC Milan stars has expressed 100% believe in the national team.

“Everybody knows it’s a big game, they’ve played many games in their lives, big games in their lives so I don’t think, of course there is a bit pressure but I’m 100% sure they will definitely do well” he said after visiting the teams camp in Doha, Qatar.

The Black Stars having missed out in the last edition hosted in Russia in 2018 will be hoping to improve their performance in Qatar after exiting the group phase during the 2014 World Cup in Brazil.

Only three sides from the continent have ever progressed to the quarter-finals; Cameroon in 1990, Senegal in 2002, and Ghana in 2010.

Ghana will be hoping to progress from the group stage at this year’s tournament.