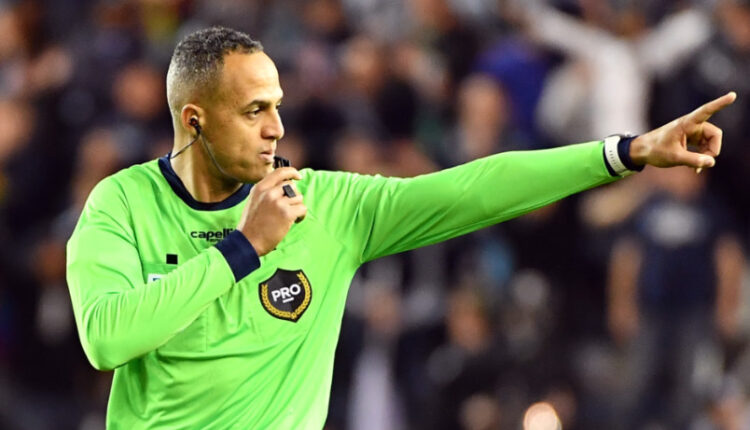 Moroccan-born American Ismail Elfath has been named to officiate Ghana’s first 2022 World Cup match against Portugal on Thursday at the Stadium 974.

The 40-year-old is one of 28 new referees in the world tournament, which is being held in the Middle East for the first time.

The Black Stars’ opening encounter of the competition in Group H will be refereed by the highest-rated match official.

On the field, he will be assisted by compatriots Kyle Atkins and Corey Parker, while French official Stephanie Frappart will serve as the fourth official.

Elfath began as a fourth official in Major League Soccer in 2011 and made his MLS refereeing debut in 2012. Elfath was named a FIFA official in 2016.

Elfath officiated the world’s first on-field Video Assistant Referee review in an August 2016 match between New York Red Bulls II and Orlando City B as the system was being trialled in USL.

On May 17, 2019, Elfath was appointed to officiate in the 2019 CONCACAF Gold Cup in the United States following his participation in the 2019 FIFA U-20 World Cup.

In July 2021, Elfath took charge of three matches at the Tokyo 2020 Olympics, including a quarter -final match between host nation Japan and New Zealand.

Elfath was chosen as one of the two referees from CONCACAF for the 2021 Africa Cup of Nations held in Cameroon from January 9 to February 6, 2022.