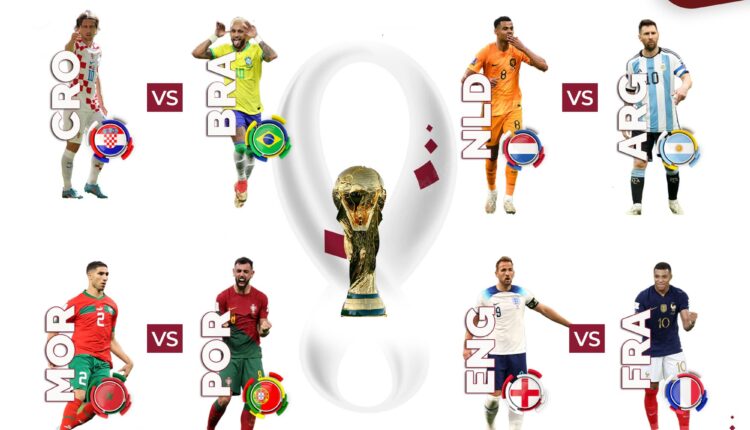 The 2022 World Cup in Qatar has entered the crucial knockout stages as teams shape up for the quarters.

The exciting Round of 16 at the Mundial was a manifestation of top-class performances by the 16 teams as they prove quality and why they managed to send other nations packing out of the competition.

It has been full of excitement and suspense from the first kick of the ball to the final whistle by the man in the middle of the game.

While some of the giants sail through with convincing wins against their opponents, two of the fixtures traveled to extra without winners in open play. Those ties were decided on penalties.

The new giant slayers Morrocco, made history as they became the fourth African country to reach the quarters after Senegal, Cameroon and Ghana.  Morocco eliminated Spain to book a date for a showdown with European giant Portugal. 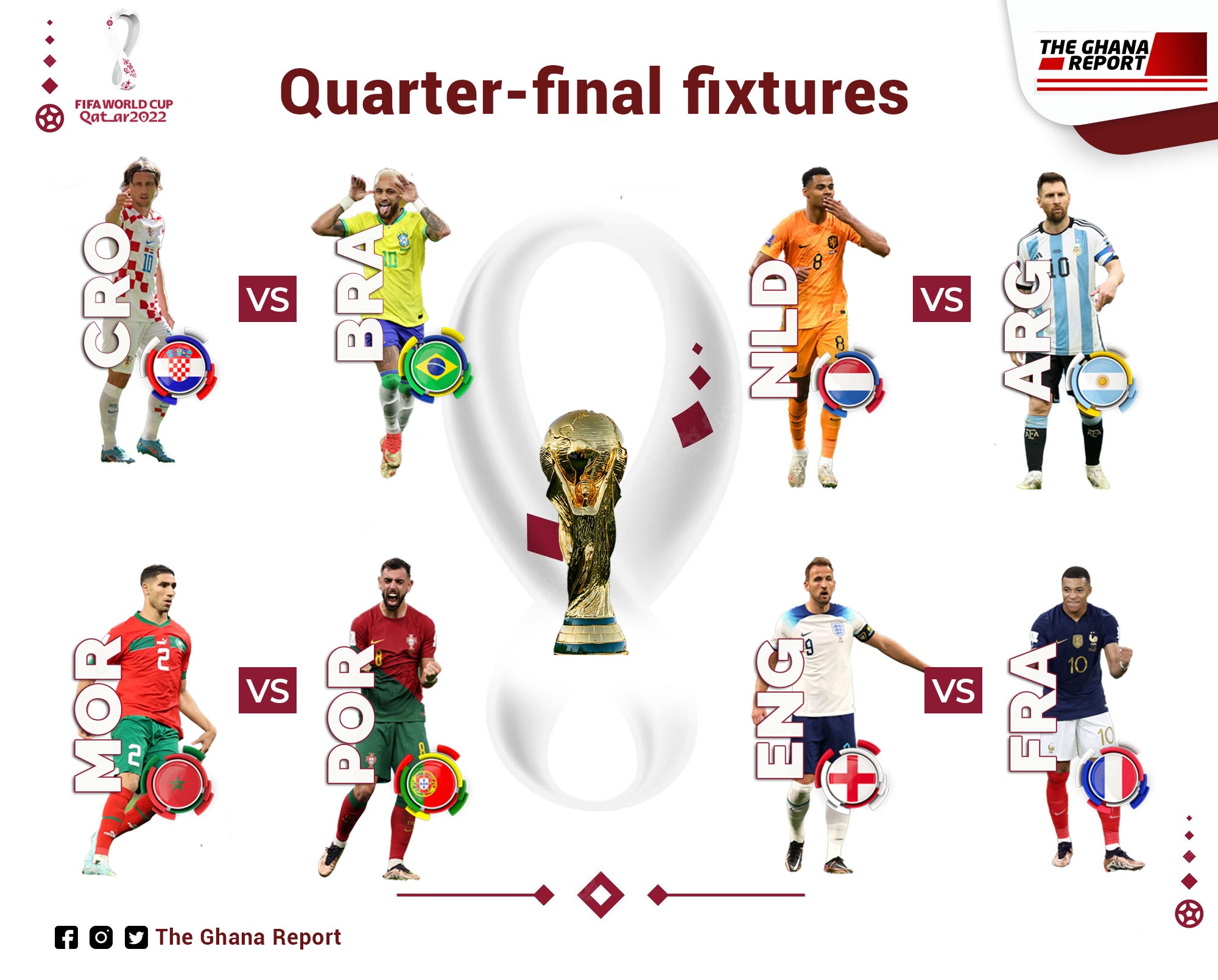 European football continues to dominate the world stage having most teams in the knockout phase, five countries from Europe, two South American teams, and one African team completing the final 8.

TGR Sports lays out all you need to know about the upcoming quarter-final fixtures.

Facts: One of the tournament’s favourites, the Samba boys of Brazil are on course for a World Cup triumph after defeating the Republic of Korea 4-1 in the Round of 16 while three penalty saves by Croatia keeper Dominik Livaković ensured the team eliminated Japan and progressed to the quarters.

The two teams have met four times in the past, twice in the history of the World Cup and two friendlies.

Brazil has dominated more of those games, winning three with three draws.

The most recent encounter between these two sides was four years ago, a 2-0 win for Brazil in a friendly as the pair prepared for the World Cup in Russia.

However, Brazil went on to suffer a quarter-final knockout, while Croatia made it all the way to the grand finale of Russia 2018 where France ended their fairytale.

Nine goals have been scored in previous games between the two with 7 of those goals to Brazil and 2 to Croatia.

Facts: Netherlands and Argentina will play for the first time in eight years for a place in the semi-final.

The Europeans have probably been the best team without a World Cup title having reached the final in 1974, 1978, and 2010, and will be hoping to change the narratives while the South American side will be looking forward to another World Cup glory.

The previous games between these arch-rivals suggest this might go in favour of the Dutch having won four of those games, drew two, and lost three, but the Argentines have the best laughs as one of the encounters was in 1978 at the finals of the World Cup which they won on home soil to claim the title.

Coach Van Gaal and his men will be looking for revenge against Argentina not only for missing out on the trophy in 1978 but also for the defeat suffered at the hands of Argentina the last time they met which was the semi-final in 2014.

A total of 19 goals were recorded in previous encounters, 13 scored by Netherlands and 6 by Argentina.

Facts: Morocco is the only African team to make it this far and historically joins 3 other countries to have done that in previous years, a dramatic penalty shoot-out in the Round of 16 saw them eliminate European giant Spain from the competition to face Portugal who went through after thrashing Switzerland by 6 goals to 1.

Both teams will be heading into the game to settle the scores in their third-ever meeting after the shared wins between them in previous World Cups.

Morocco was the first to record a win when they met in the 1986 World Cup and Portugal also won the recent meeting in 2018.

Five goals were scored between the two, Morocco has 3 goals of those goals in their favour and Portugal has 2.

Facts: A convincing victory over Poland by France and England’s dominating performance to sweep aside Senegal has set up the third meeting in the history of the World Cup, England won the last two.

However, the two nations have played each other 31 times in all competitions as well as friendlies, 17 of which England has won.  France, on the other hand, won nine times, and five ended in draws.

Even though England has the record, France takes pride as one with recent wins, given that 10 of England’s wins were before 1950.

A total of 110 goals were recorded in previous encounters, with 39 goals scored by France and England recording 71 goals.