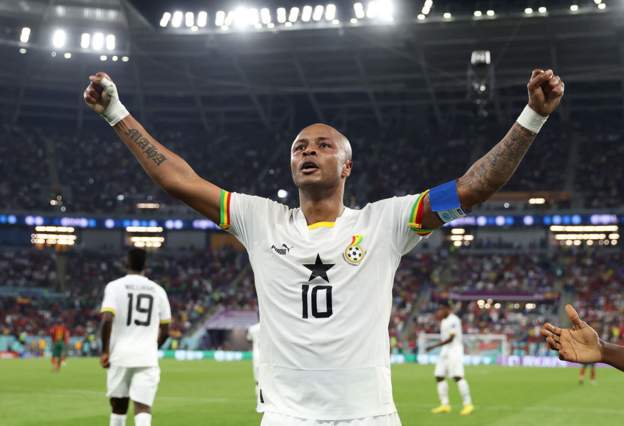 Ghanaian President Nana Akufo-Addo has praised the national team’s “gutsy performance” in their World Cup opener against Portugal which ended in a 2-3 loss.

The Black Stars became the first African team to score a goal at this year’s tournament, but lie at the bottom of Group H. They will next play South Korea on November 28.

In a tweet, President Addo said he was “proud of the entire team” despite their loss to Portugal.

He added: “They live to fight another day and have shown they have what it takes to mix it up against any team in the tournament.”

Gutsy performance by the @GhanaBlackstars in today’s match against Portugal. Very proud of the entire team. They live to fight another day, & have shown they have what it takes to mix it up against any team in the tournament. Looking forward to the next game against South Korea. pic.twitter.com/FiDWm5fO4b