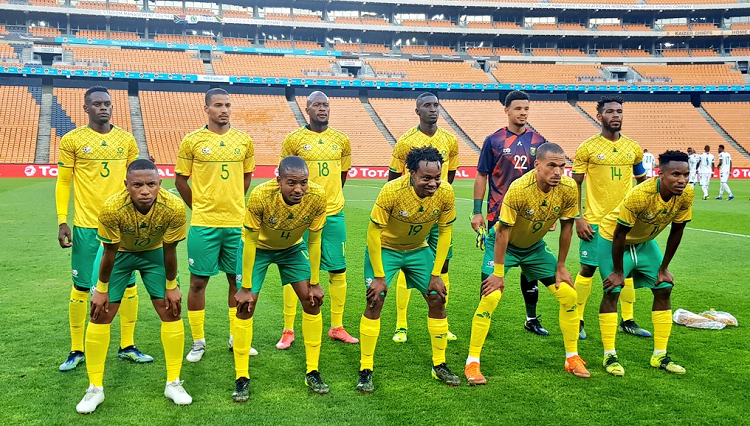 South Africa have confirmed two players have tested positive for Covid-19 and have been ruled out of their World Cup qualifier against Zimbabwe.

However, they are hopeful the players, who are currently in isolation, will test negative and be cleared to face Ghana next week.

Bafana Bafana were dealt a blow before Friday’s clash with Zimbabwe after defender Thibang Phete and forward Thabiso Kutumela were ruled out of the match due to Covid-19.

“While every precaution was taken to ensure the safety of the team in the ‘bubble,’ bad news struck on Wednesday morning.

Thibang Phete who plays for Portuguese club Belenenses SAD was missing from training, after his PCR (polymerase-chain reaction) test came back positive for Covid-19, and was isolated immediately. Later it was flagged that another positive test returned for Thabiso Kutumela, as the teams results became available throughout the morning. Kutumela was also isolated,” read a statement from the South African Football Association (Safa).

Bafana team doctor Tshepo Molobi said they were not aware as to how the duo managed to contract the virus as they tried their “level best to ensure that the national team remains safe while in camp”.

“It is always daunting to try and pin-point as to where and when the infection happened. Every measure is taken to ensure the safety of everyone in the camp,” said Molobi.

South Africa and Ghana will square off in Johannesburg on September 6.