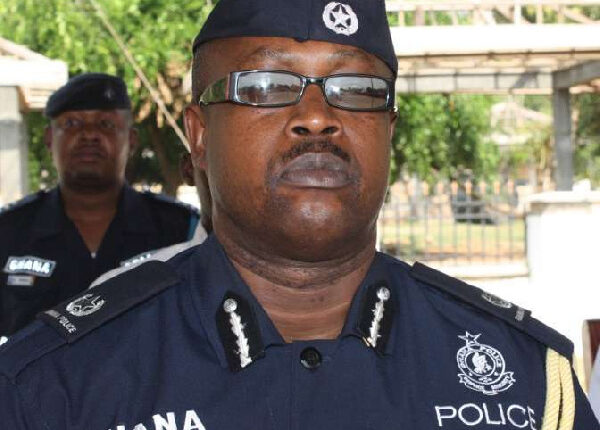 Commissioner of Police (COP) Nathan Kofi Boakye has assured the public that the police will arrest individuals who took part in the bullion van robbery on June 14.

COP Boakye, who is also the Head of Research and Planning of the Ghana Police Service, gave this assurance during the passing out ceremony of 320 recruits at the Regional Police Training School in Kumasi on Friday, June 18.

“I want to emphasize to the general public that very soon, all those involved in this bullion robbery and especially those who committed it will be arrested very soon.

“They can run and run, but they cannot hide,” COP Boakye vowed.

He then urged the new recruits to be on alert in gathering useful information that can lead to the arrest of the perpetrators.

“It is incumbent on all of us, including you, the recruits to help us achieve this objective starting from now, and you have a duty of arresting these criminals who killed one of us. This is non-negotiable, and we cannot compromise on the need to arrest these criminals,” he added.

His comment comes on the back of a bullion van robbery on June 14 that left a police officer on escort duty, Emmanuel Osei, dead and a bystander, Efia Badu, also hit by a stray bullet.

The gun-totting assailants shot three persons, including a policeman Emmanuel Osei, during the heist, close to the Accra Timber Market area.

Three armed robbers on a motorcycle trailed a Mon-Tran bullion van heading to the market.

Upon reaching an enclave with some mechanics, the robbers sped closer to the van and shot the policeman protecting the vehicle in the head.

The brazen assault left the Nissan car with registration number GT 8592 W with several bullet holes, including one through the car’s windscreen.

The bloodthirsty gunmen did not spare the driver as they shot him several times without blinking.

A trader who was selling within the enclave was also gunned down. Only a salesgirl managed to escape unharmed.

Other bullion van attacks over the years

There was a scramble as passers-by and second-hand phone dealers struggled for access to large sums of money that had dropped from a Toyota bullion van that had been involved in an accident at the Kwame Nkrumah Circle in Accra.

Following these reoccurrences, a security analyst, Adam Bona, advised the Ghana Police Service and Governor of the Bank of Ghana to end the practice of using police officers to escort bullion vans.