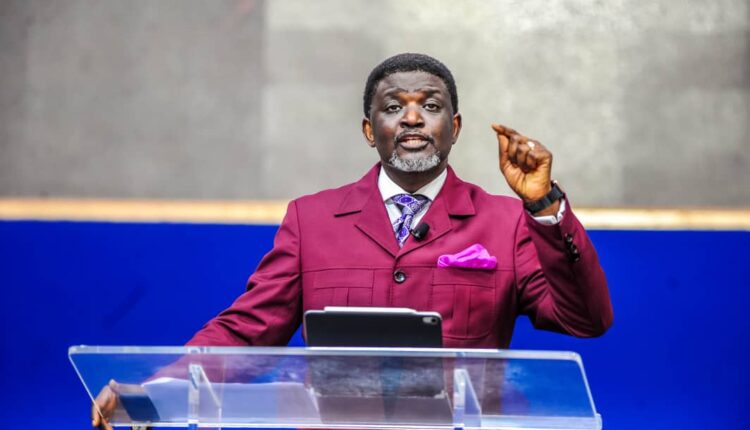 Bishop Charles Agyinasare, the Founder and Head Pastor of Perez Chapel International, has urged the Police Administration to rescind its decision to analyse prophecies delivered on the night of 31st December, 2021.

While commending the Police for cautioning the Church about prophecies that had the potential to cause fear and panic, he said the Police may end up “legislating prophecies” if it decided to analyse them.

Delivering a sermon at a church service at the headquarters of the Perez Chapel International on Sunday, Bishop Agyinasare said the Police directive, issued ahead of the 31st December 2021, was largely complied with by the Church.

His comments come on the back of a statement issued by the Police Administration on Friday, announcing that it had started analysing videos of prophecies made on the night of 31st December, 2021, to see if any of them was communicated in breach of the laws of the country The Police ahead of 2021 Watchnight and New Year church services, cautioned against the communication of prophecies that had the potential to cause fear and panic to the public or nendanger lives.

The police cautioned that “anybody found culpable will be put before the court.”

Bishop Agyinasare expressed concern about the posture of the Police, fearing that by analysing prophecies, the Police may interfere with the sermons of the Church.

“The Police Administration had admonished us to be careful about prophecies that would cause fear and etc. By and large, the Church complied.

“They should not use their scarce resources trying to analyse prophecies… If we are not careful, very soon they will be analysing our sermons and telling us what to preach,” he said.

Bishop Agyinasare said delivering prophecies was not a wrong thing to do, explaining that in the New Testament, prophecies were for edification, exaltation and comfort.

“As a Prophet, God can open my eyes to see that a church member may die if we don’t pray. I will have to tell them in secret not to create confusion,” he said.