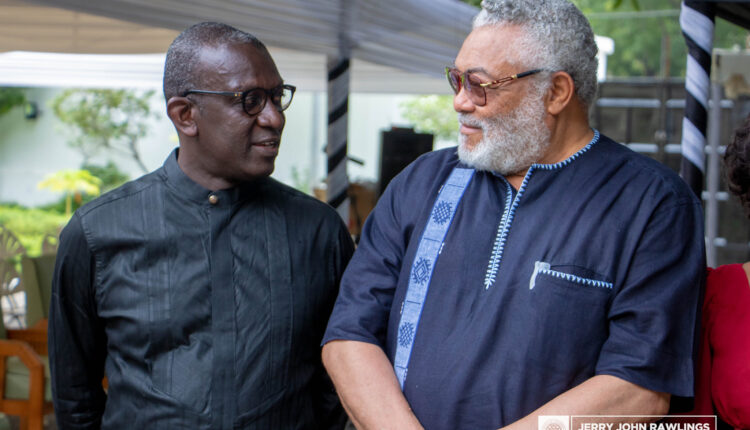 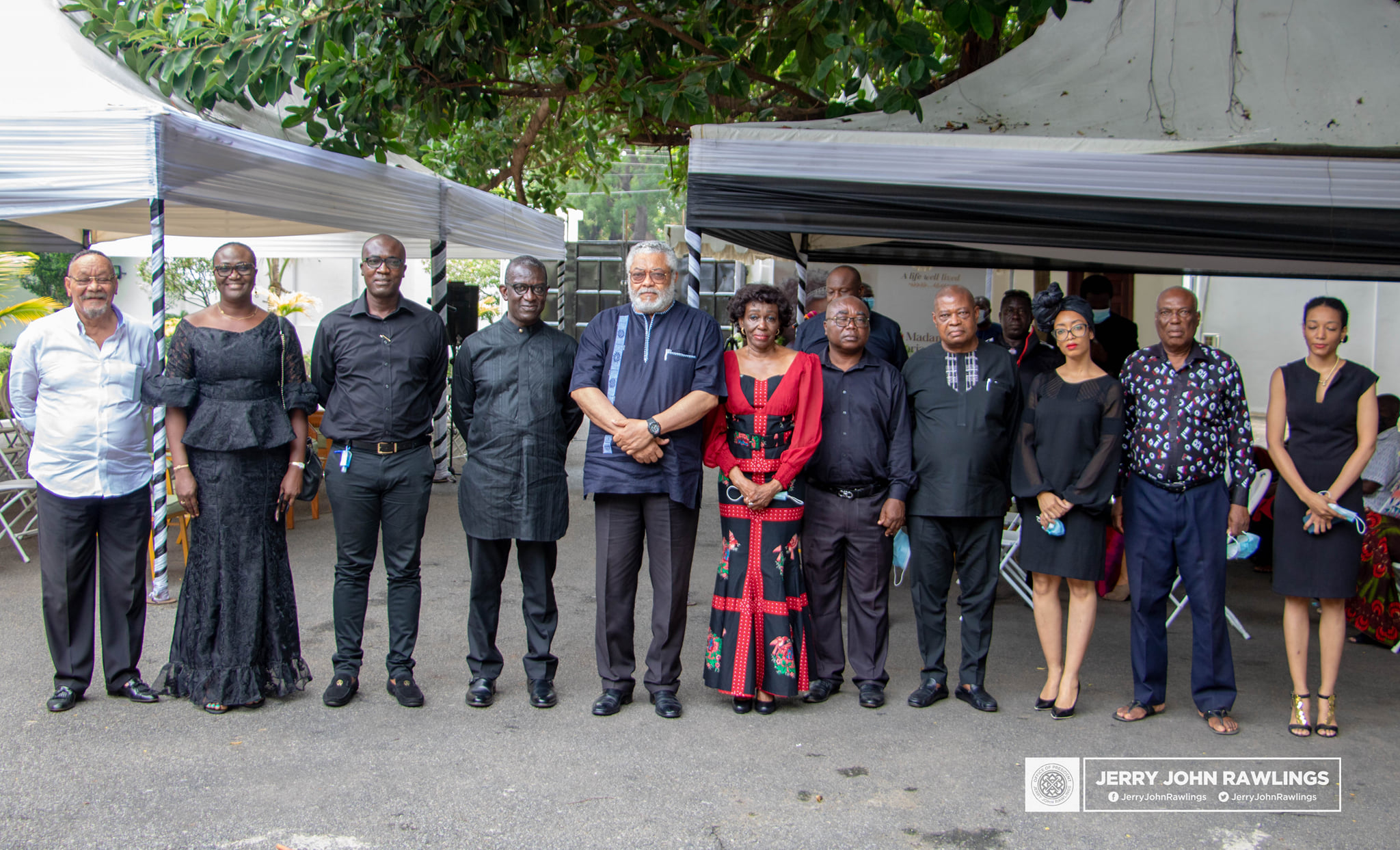 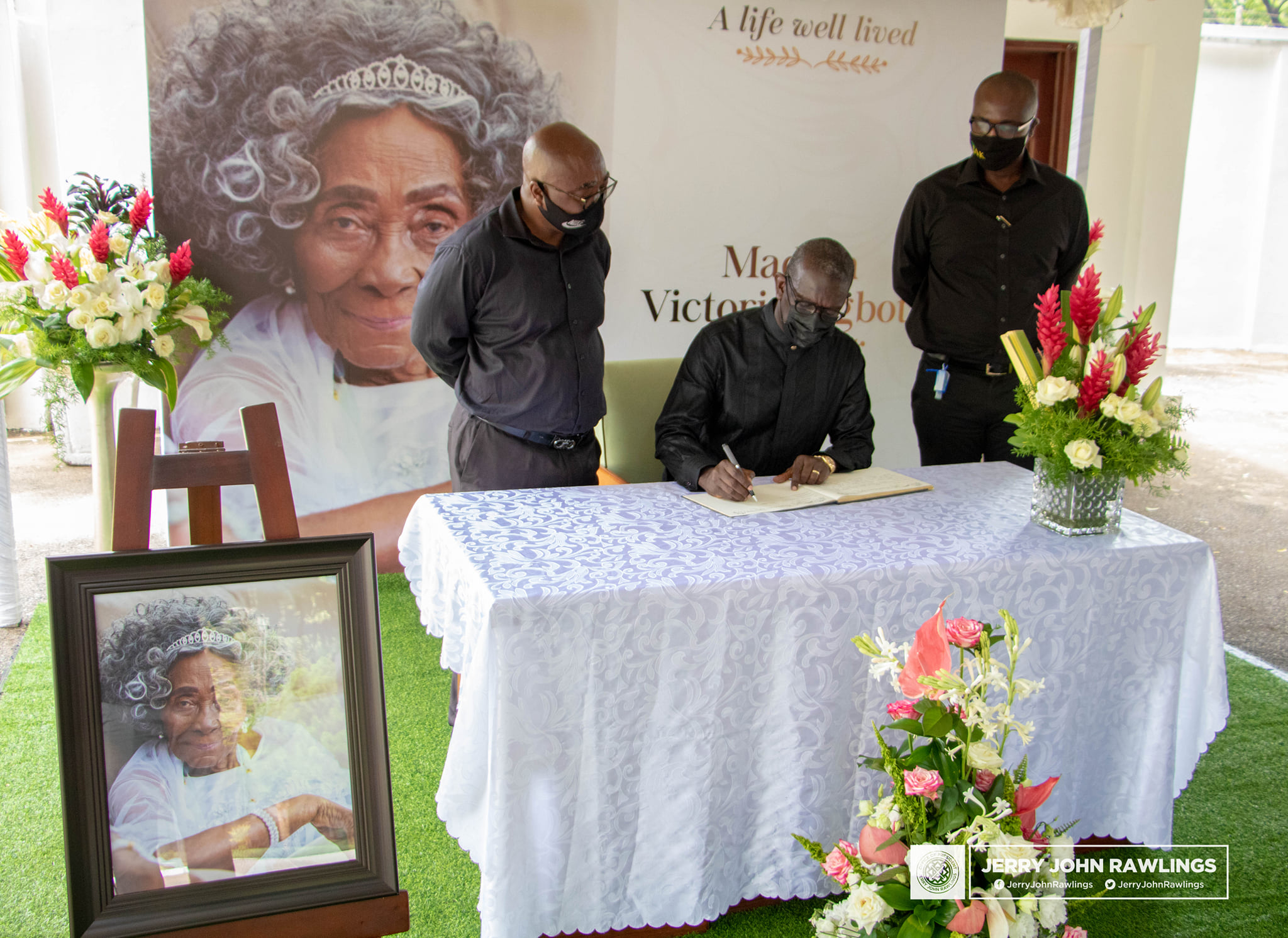 Mr Kufuor subsequently sent a delegation led by his eldest son, John Addo Kufuor, to call on the former President and his family to “commiserate and console” them.

At the residence of Mr Rawlings in Accra, Mr. Addo Kufuor said: “The country has been informed of the loss of a matriarch and the mother of our President, President Rawlings. Of course, in our society, the matriarch plays a very important role. The matriarch is an arbiter of peace and a store of knowledge for the family. If she is the matriarch of the President’s family, literally she is the mother of the nation. So, this is a significant event and I believe not many of our presidents have risen that high with their matriarchs in place. Therefore, we have been sent by President Kufuor, my father, to come and commiserate and console President Rawlings and his family.” 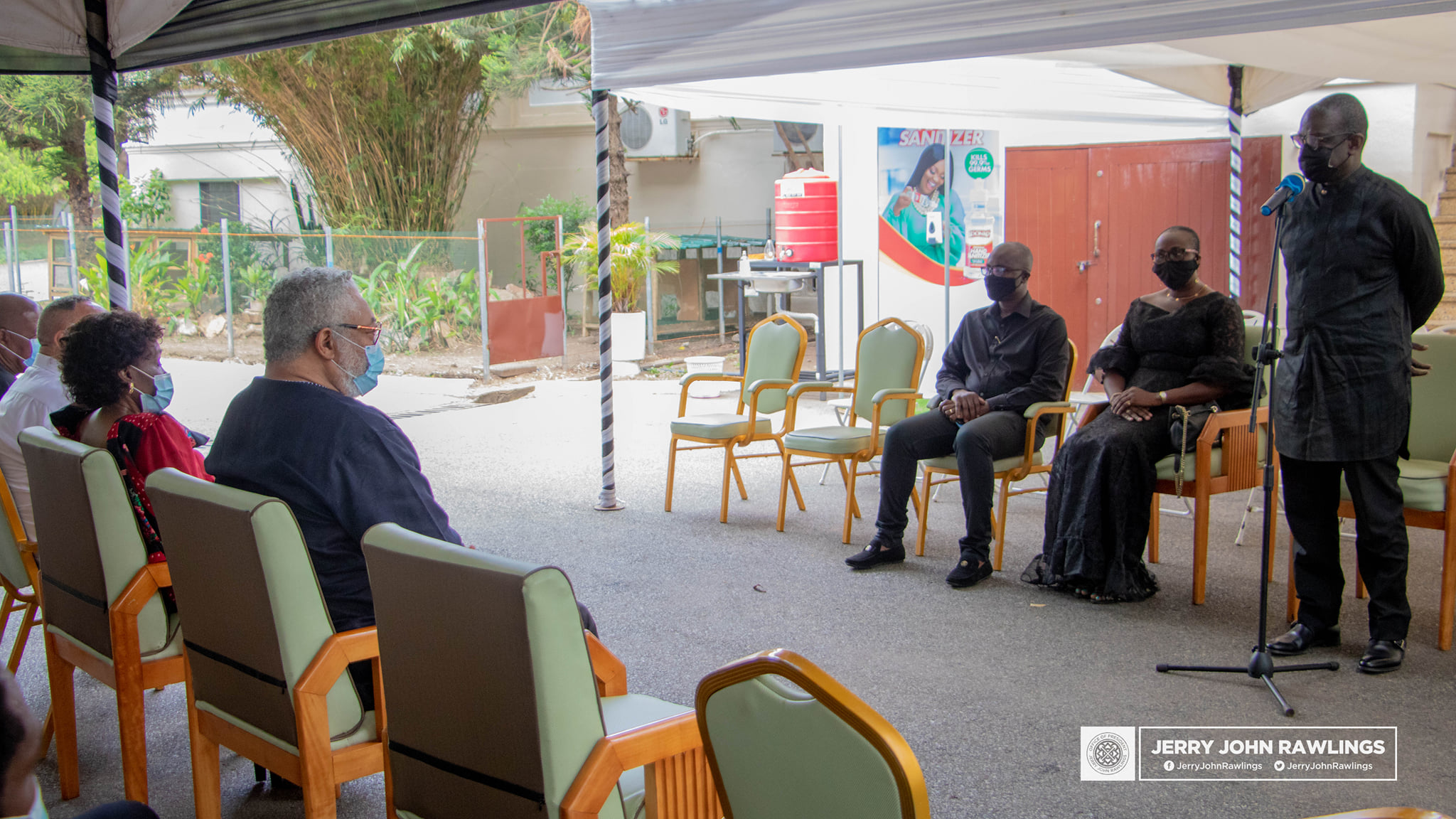 Madam Agbotui passed away at her home on Thursday, September 24, 2020.

She was born at Dzelukope, a coastal town near Keta, in the Volta Region and died at age 101. The funeral of Madam Agbotui will take place on Saturday, October 24, with a non-denominational service at the Forecourt of the State House, after which the body will be conveyed to Dzelukope in the Volta Region for interment.

The Military High Command led by Chief of Defence Staff, Lieutenant General Obed Boamah Akwa, have also expressed their condolences to former President Rawlings and his family on the loss.

General Akwa who led the delegation stated that they were saddened by the news of the loss of Madam Agbotui. 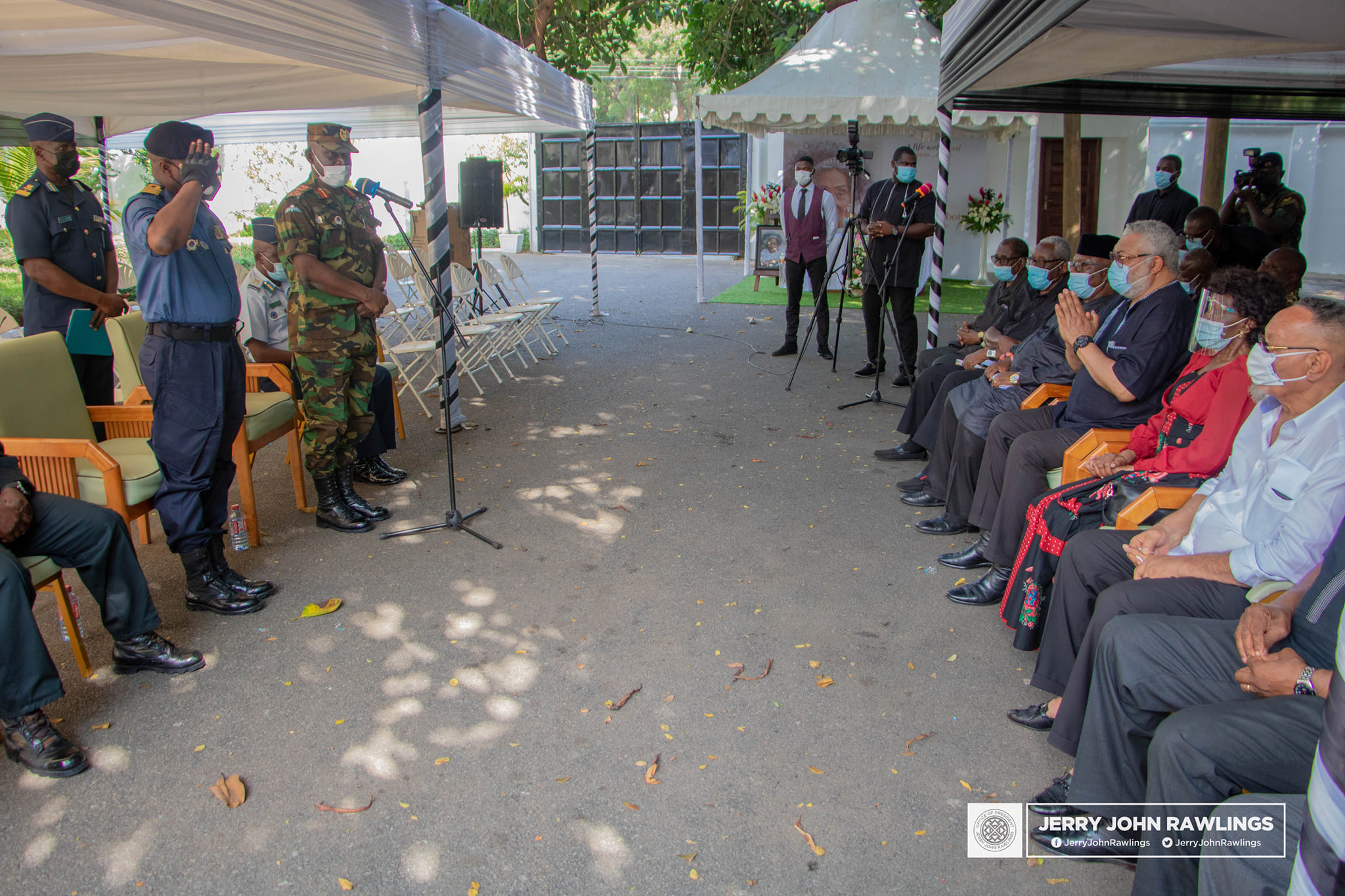 “Mothers are very special persons and they give encouragement, enlightenment and take care of us from cradle to grave. The loss of a mother is an occasion for great regret. Take consolation in the fact that it is a call to higher glory,” Lt. General Akwa stated.

The Chief of Defence Staff also assured the former President and his family that the Ghana Armed Forces stands in readiness to offer every support necessary to ensure the success of the funeral of Madam Agbotui.

“We shall roll out all the assets that you have put in place in the Ghana Armed Forces to ensure her departure will be captured in gold,” Lt. General Akwa stated. 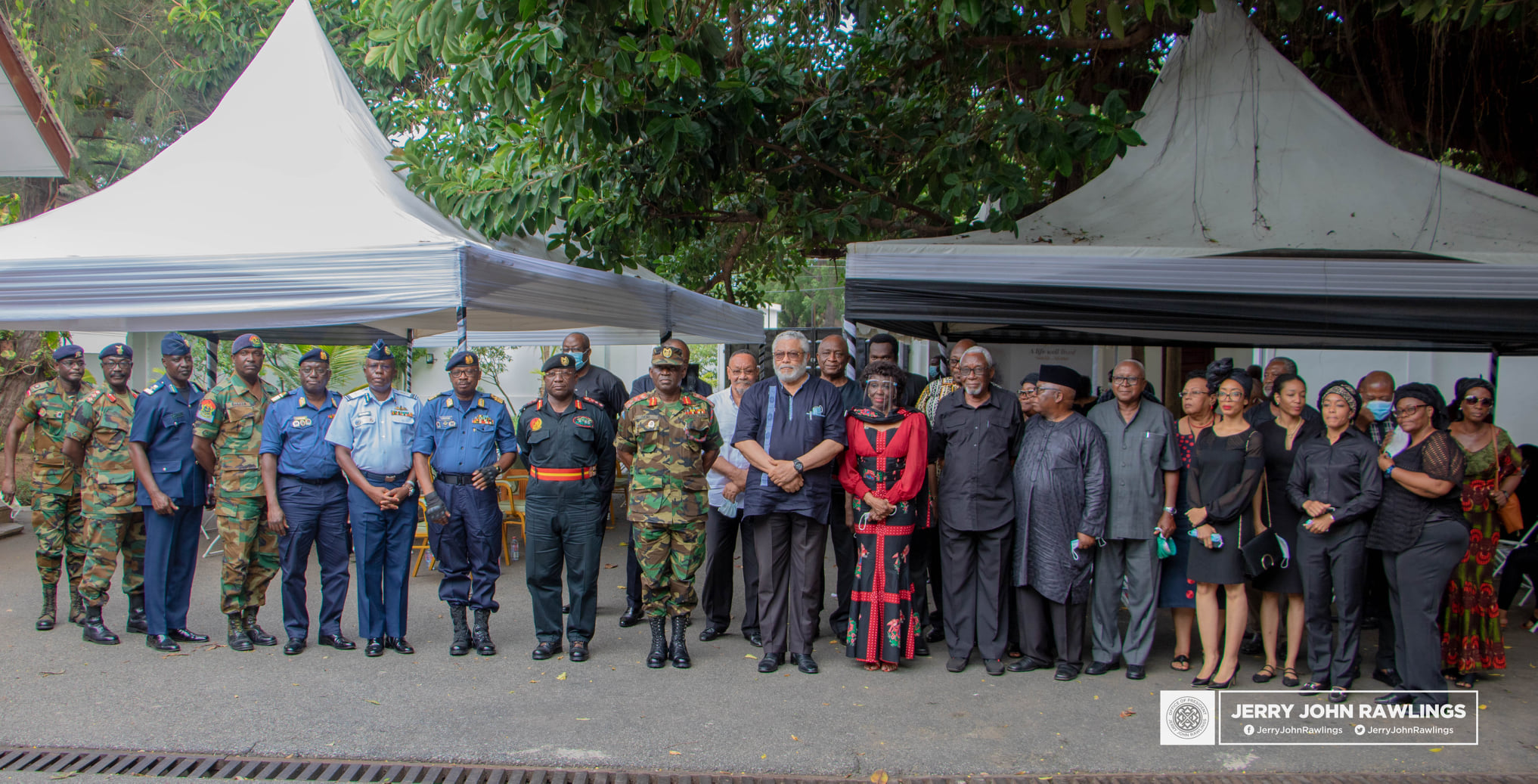 Archbishop Naameh who is also the Archbishop of Tamale said, even though the loss of a mother is sad and painful, they prayed that the Good Lord grant President Rawlings and the Agbotui family comfort and courage to accept the loss with the hope that she is having eternal rest in peace. 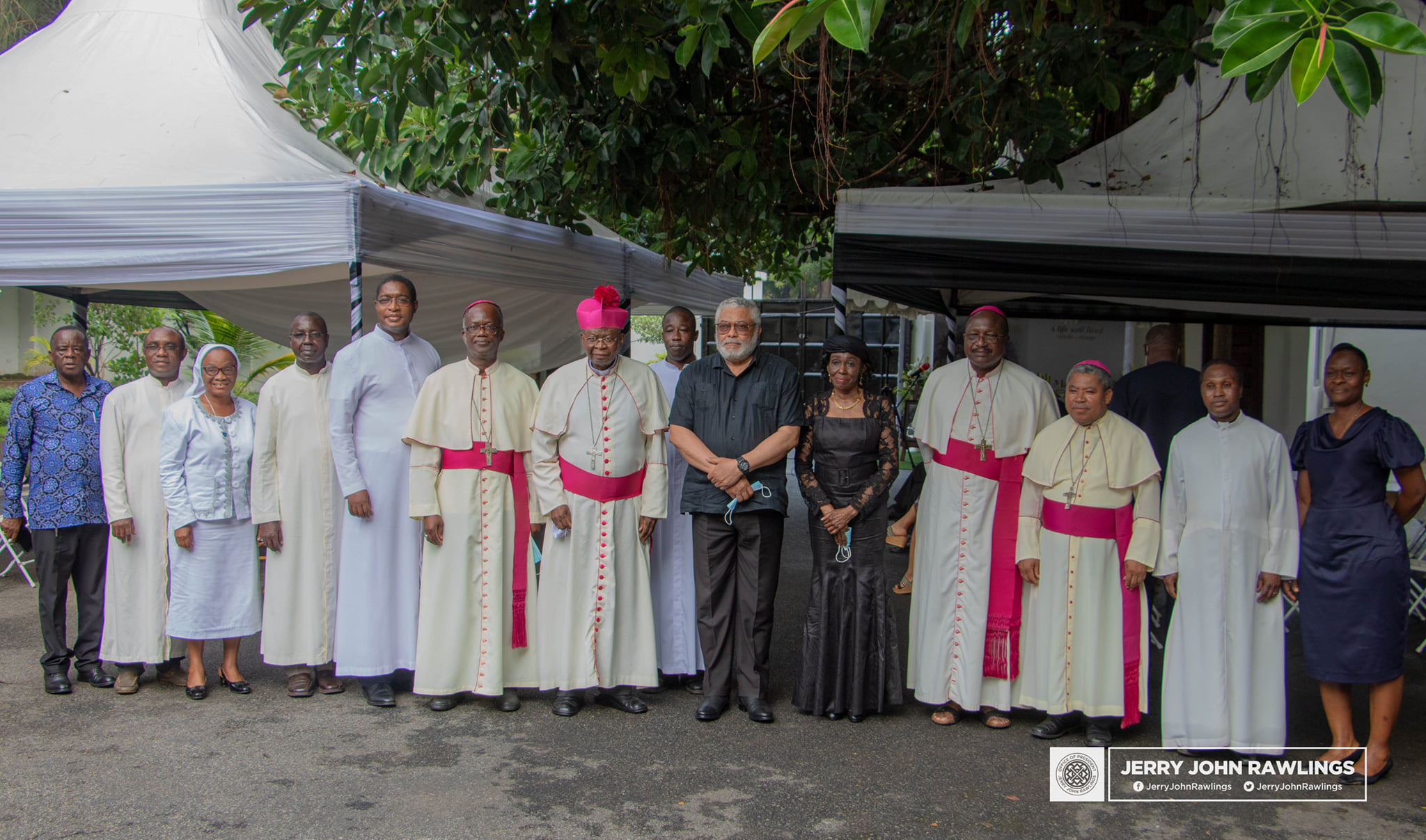 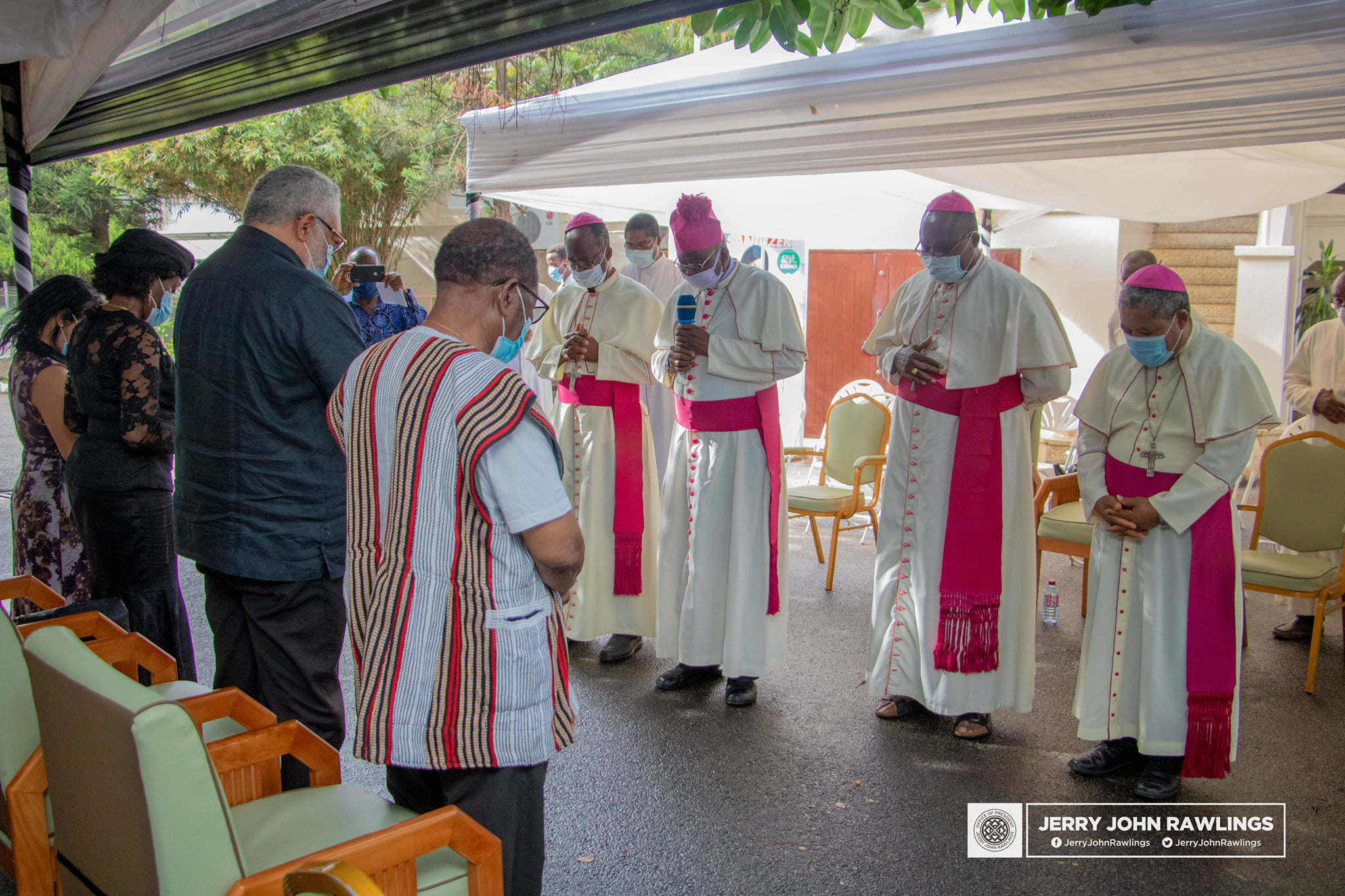 The bishops in a written message said, “We would like to convey to you, Your Excellency, and your entire family, our heartfelt sympathy. We commend the gentle soul of your dear mother into the loving hands of God and pray for your consolation and that of your family.”

Archbishop Naameh said a prayer and together with his brother bishops imparted their blessing on the Rawlings’. The Conference made a donation towards the funeral.

During a condolence visit, the President of the Ghana Journalists Association (GJA), Affail Monney recounted how he met Madam Agbotui as a young reporter when the then President, Jerry Rawlings, instructed that he and his colleagues go and interview his mother.

“I happened to be in his office and he instructed us to go to Madina and interview his mother. The interaction we had is still lodged in my memory. A lovely mother, very calm disposition and I wish she could have exceeded the 100 plus years she spent on earth.” 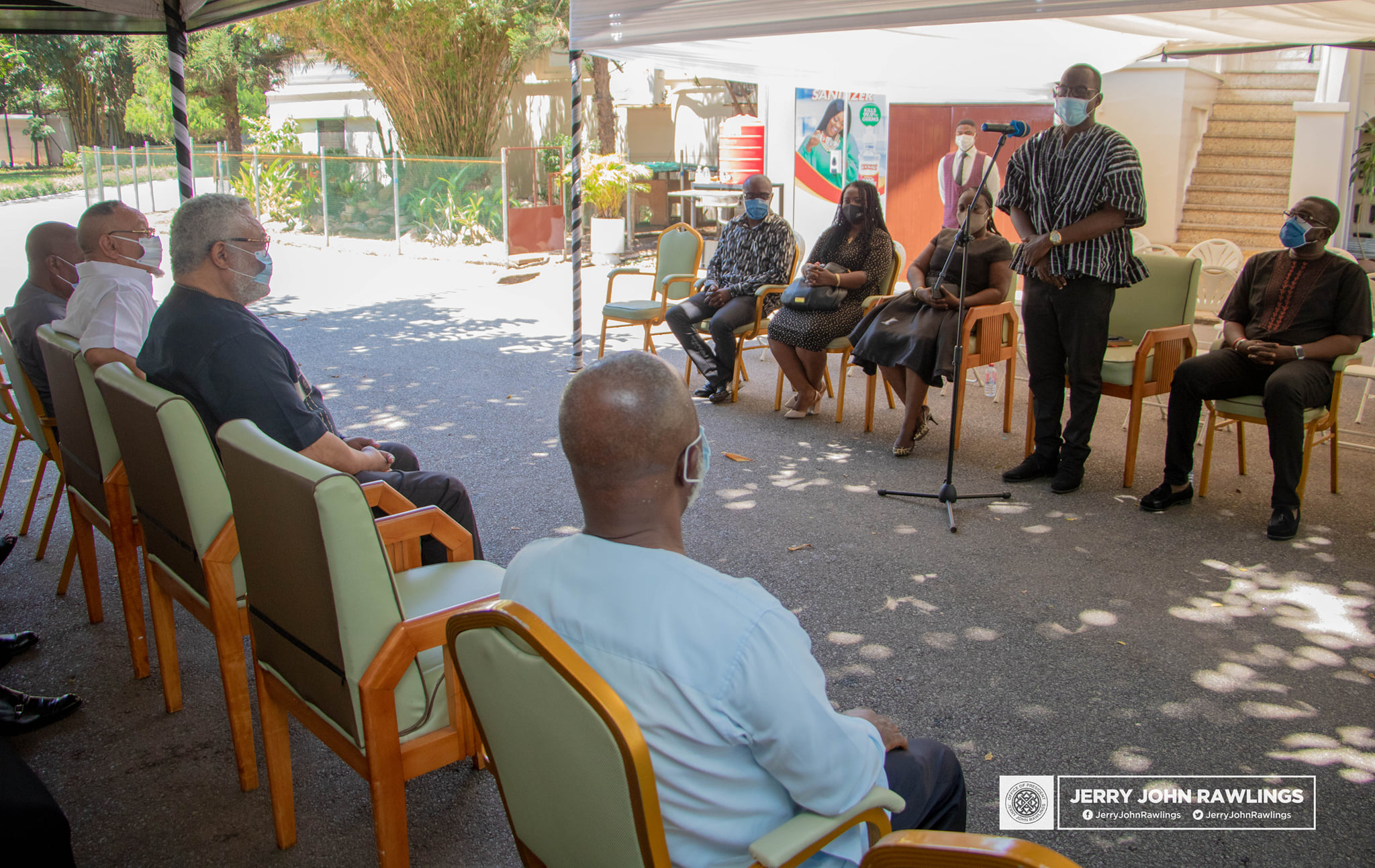 Earlier, Mr. Monney who led a delegation from the Association, said the GJA had a moral obligation to mourn with the former President.

He said, “the loss of a mother, regardless of the age can inflict destabilizing consequences, so we are here to console him and tell him that his loss is our loss and we stand by him.”