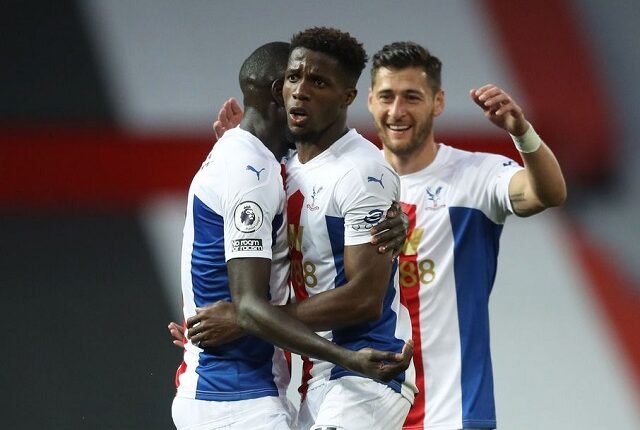 Wilfried Zaha scored twice against his former club as Crystal Palace condemned Manchester United to a miserable start to their Premier League campaign with victory at Old Trafford.

After Andros Townsend squeezed a seventh-minute shot into the far corner from Jeffrey Schlupp’s cross, the hosts struggled badly but the game slipped away from them thanks to Zaha’s controversial 74th-minute penalty.

Referee Martin Atkinson used the VAR TV monitor to decide Victor Lindelof had handled inside his own box. But, after David de Gea saved Jordan Ayew’s spot-kick, Atkinson ordered a retake because the Spain international had moved off his line. Zaha took responsibility for the second attempt and made no mistake.

On his debut, Donny van de Beek pulled one back 10 minutes from time but Zaha struck again against his former club to secure a deserved victory for Palace.

It was their biggest ever win at Old Trafford, the first time they have beaten United away from home in successive seasons and means Palace have won their opening two games of a top flight season for the first time in their history.

For United boss Ole Gunnar Solskjaer, it was a horrible day. Too many of his players were off the pace, including Paul Pogba, who was replaced by Van de Beek midway through the second half.