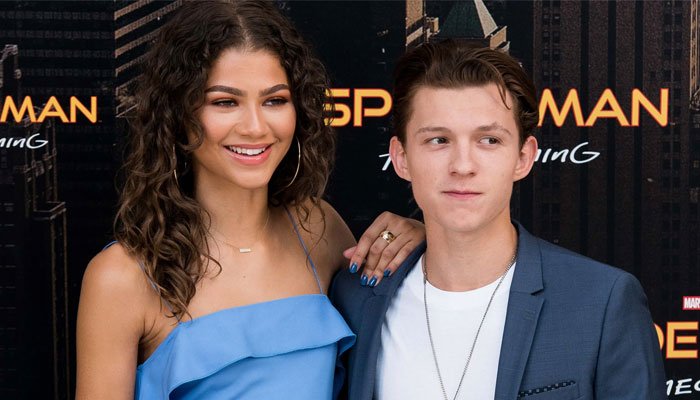 We’re not in the Marvel Cinematic Universe anymore!

Zendaya is already eyeing her next onscreen collaboration with boyfriend Tom Holland, but suffice to say, the role would be a lot darker than what he’s used to.

What does the 25-year-old actress have in mind, exactly? A cameo on Euphoria, she revealed during E! News’ Daily Pop on Friday, Jan. 7.

“I mean, listen, we’ve talked about it all the time,” Zendaya said during the exclusive chat. “We’re like, ‘Let’s just sneak him in the back of a shot or something!'”

Tom himself said he’s been “petitioning” to appear on the show for “a long time.” Plus, he’s certainly not limited to the part of Peter Parker. As Zendaya pointed out, “He did Cherry, so he’s definitely not a stranger to [darker roles].”

For now, as she gears up for the premiere of Euphoria’s second season, she’s just grateful to have him in her life.

“He was very supportive, you know,” Zendaya said. “This is not an easy season, so I need as much of that as I can get.”

Jacob Elordi is also spending time with a special someone ahead of the new season: his dog!

The 24-year-old actor even introduced his furry friend to the camera.

As for his actual dating life: “It’s absolutely irrelevant to what I do,” Jacob said.

The rest of the Euphoria cast also spoke to E! News, with Eric Dane describing season two’s themes as “redemption” and “honesty.”

“You know, these characters make mistakes [and] subsequently yearn to redeem themselves,” he told E! News. “And I think on some level they all do.”

Hopefully the same can be said for Eric’s real-life reputation with his kids! As he hilariously recalled, “Some older kid came up to my 11-year-old and called me ‘the naked dad,’ and told her her dad was naked on TV.”

“It’s brutal,” Eric added with a laugh. “Kids are brutal. But he was right!”

Euphoria does indeed have its fair share of NSFW scenes. When it comes to the younger cast members, some of them—including Hunter Schafer—make sure to have conversations with their families ahead of time.

“My parents have asked me for warnings on things that they might need warnings for,” she admitted.

Zendaya, meanwhile, is extremely chill: My parents can watch whatever they want, I don’t care. All good. At your own risk!”

Hear more from the Euphoria cast in the above Daily Pop interview!