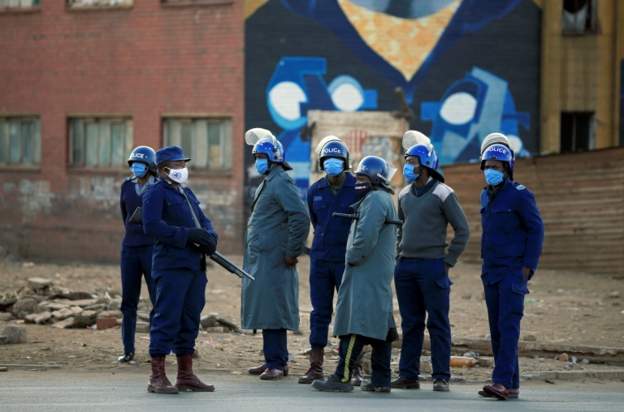 Police in Zimbabwe have intensified patrols in the capital, Harare, and the south-western city of Bulawayo ahead of planned anti-government protests on Friday.

Small groups of protesters holding placards have also been witnessed.

The government has already warned that the demonstrations will be treated as an insurrection and protesters will be severely dealt with.

Tensions have been rising in the country after opposition groups called for the protests to denounce allegations of corruption in government.

The main organiser, the leader of a small political party, remains behind bars facing charges of inciting violence.

The UN human rights office has urged the government to respect the right to peaceful assembly.

The ruling party Zanu-PF has urged its members to defend themselves, prompting fears of possible clashes.

The organizers have been mobilizing using social media, so it is not clear how much support they have on the ground.

Zimbabwe is grappling with economic problems and resulting political tensions. President Emmerson Mnangagwa accuses the opposition of exploiting the challenges to topple his government.