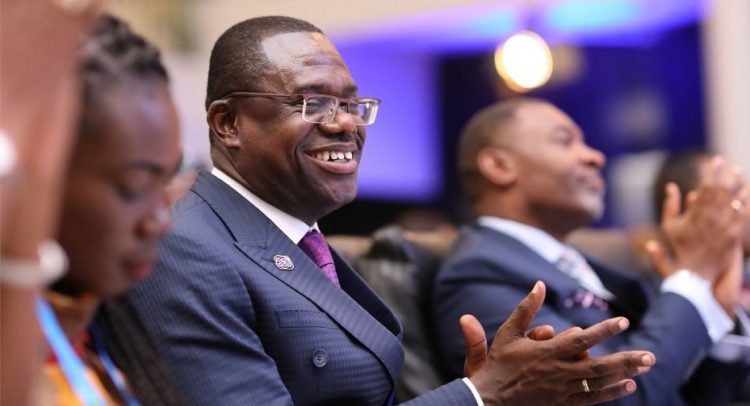 The Supreme Court has delivered a judgement in favour of a waste management company, Zoomlion, surcharged by the Auditor-General to refund GH¢184 million to the state.

The apex court said the Zoomlion is not liable to the Auditor-General and in effect cannot be surcharged by the A-G.

“Due to the peculiar facts of the case, the respondent is not liable to the powers of the Auditor-General,” the court said.

The court did not give reasons for this decision but has directed that the court of appeal rule based on the apex court’s decision.

The full judgement of the court would be made available on December 4, 2020.

What this means is that the Auditor-General cannot demand the GH¢184 million from Zoomlion since its powers does not extend to the company.

On October 29, 2018, the Auditor-General issued a charge of GH¢184 million against a waste management company, Zoomlion.

The firm was found to have taken monies for some work that were not executed according to expectations in relation to multiple fumigation contracts from different state agencies and the assemblies.

The Auditor-General described the transaction as unlawful and demanded a refund from the waste company.

The Auditor-General’s case was that Zoomlion continued to receive payment for the fumigation exercise up to August 2018 even though the contract between the latter and the Ministry of Health was a four-year contract which started from August 2009.

An investigation by The Ghana Report’s Manasseh Azure Awuni, who was then with Joynews, in 2017 revealed that only one fumigation was done unsatisfactorily but Zoomlion received payments from different government institutions.

Zoomlion argued that the payments it received were legitimate but the Auditor- General presented evidence, including the Robbing the Assemblies documentary by Manasseh Azure Awuni to prove that the company was fraudulently paid the money.

According to the Auditor-General, “as a result of this fraud committed on the people of Ghana, poor taxpayers’ money was used to pay the whopping amount of ¢184,901,650.00 to the Appellant [Zoomlion].”

Fast forward, the company was directed to refund the money but Zoomlion appealed the decision of the Auditor-General at the Accra High Court on December 5, 2018 and urged the court to set it aside.

On January 31, 2020, the High Court, presided over by Justice Georgina Mensah-Datsa, dismissed the appeal.

Dissatisfied, on February 6, this year, Zoomlion appealed the decision of the High Court at the Court of Appeal.

The Court of Appeal realised that there was constitutional interpretation to the case and subsequently referred it to the apex court.

Zoomlion had presented its legal position to the Supreme Court in which it argued that the Auditor-General has no constitutional mandate to surcharge it.

In its statement of case signed by its lead counsel, O.K. Osafo-Buabeng, Zoomlion is of the view that a ‘person’ as used in Article 187 (7) (b) (i) of the 1992 Constitution is a reference to “persons responsible for the management of public finances and does not include private persons or entities.”

“In the circumstance, we pray that this honourable court answers the question ‘whether or not in the exercise of his functions the Auditor-General can make a surcharge against a person other than a public officer in the negative,” counsel argued.

On the other hand, the Auditor-General is asking the Supreme Court to decide that his powers to surcharge people found to have expended public finance without due process include private individuals and entities.

The Auditor-General calls on the Supreme Court not to only look at Article 187 (7) (b) (i) but to also take into consideration Article 187 (7) (b) (iiii) of the 1992 Constitution which also gives the A-G the power to surcharge “any person by whose negligence or misconduct the loss or deficiency has been incurred”.

It is the case of the Auditor-General that his power to surcharge private individuals and entities is derived from Article 187 (7) (b) (iiii) of the 1992 Constitution.

“It is our contention that Article 187 (7) (b) (iii) of the 1992 Constitution does not differentiate between private or public person. A reading of the whole of Article 187 (7) (b) shows that (iii) is intended to cover all persons whether public or private,” the Auditor-General avers in his statement of case.

The Auditor-General went after Zoomlion after a seminal Supreme Court decision in OccupyGhana vs Attorney-General in June 2017 in which it affirmed that the Auditor-General has the power to surcharge and disallow wrongful payments among others including bringing criminal charges in matters relating to mismanagement and misappropriation of public funds. Portions of the judgement reads;