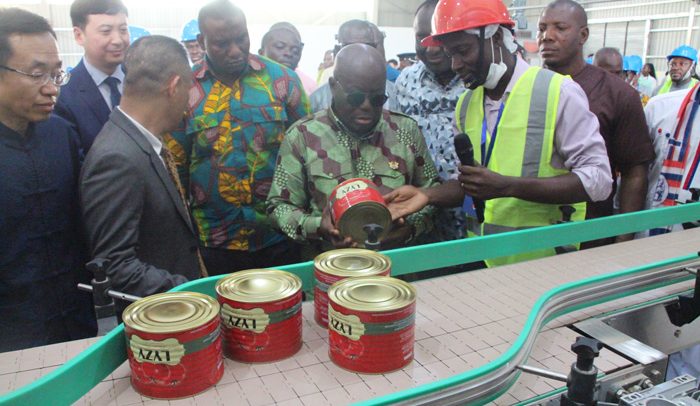 According to him, 24 of such factories are at mobilisation stage to begin construction as 148 are under construction.

Delivering the state of the nation address, the President noted that each of the factories operating have created employment for more than 50 Ghanaian youth in the country.

He expressed government plans of bringing more of such factories onboard under it flagship programme.

According to him, “Our flagship One District One Factory (1D1F) Initiative is being implemented, with business promoters being empowered and supported either to establish new factories or to transform existing manufacturing enterprises to contribute significantly to job creation across the country.

“Mr. Speaker, through the 1D1F initiative, the made-in-Ghana label is being stamped on a wide range of products proudly manufactured in Ghana.

“Out of a total of two hundred and seventy-eight (278) 1D1F projects at various stages of implementation in all the sixteen (16) regions, one hundred and six (106) factories are currently operational, one hundred and forty-eight (148) are under construction, while twenty-four (24) projects are at mobilization stage.

“Mr. Speaker, in order to bring the youth on board the 1D1F Programme, fifty-eight (58) out of the two hundred and seventy-eight (278) 1D1F Projects have been developed as enterprises fully owned by youth groups, with direct Government support. Each of these 1D1F Youth companies are owned by between forty (40) and fifty (50) youth as shareholders.”