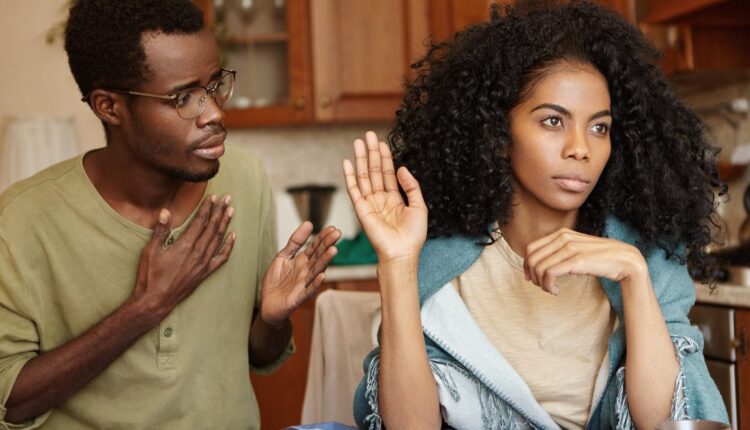 “Why can’t I find a good man?” is a question that women around the world consistently ask. Each day, it seems like a good man is getting even harder to find.

It’s true: decent human beings of the male gender are rarer than ever in the dating scene. If you’ve gone on online dating sites like Tinder, it’s very easy to just start believing that good men just don’t exist anymore.

The truth is that there are decent men and great guys out there — at least, statistically so. Dating is a numbers game, and the numbers are saying that there’s a high probability that there will be men out there who would love to date and marry you.

However, that means you need to find them.

If you’re looking for a man who will be good to you, a large part of your ability to succeed deals with you maximizing your chance to find one.

“The reason someone can’t find what they call ‘good men’ is because they are attracting the ‘bad men’ based on what they feel they deserve deep down,” says New York Times best-selling author, law of attraction coach, and YourTango Expert Christy Whitman. “When someone truly loves themselves and has healthy boundaries, they start attracting different types of men.”

Whether they try to do it or not, many women end up self-sabotaging when it comes to finding a nice guy to date.

Here are some reasons why you can’t find a good man.

1. You have a “type” and refuse to deviate from it.

A lot of people tend to assume that they can only date a certain “type” of person but that often leads to them ignoring good people who might actually be better for them.

While there’s nothing wrong with standards, refusing to date people based on things like their height or the music they listen to might be a sign you’re being too picky.

There’s a difference between having reasonable deal-breakers and writing a nice guy off because you’re scared to get too close.

2. You aggressively pursue any man that comes your way.

Desperation is not sexy, sweetie. I totally understand wanting a man with all your heart and feeling rejected. But actually getting aggressive in your pursuit of one never works, except when it comes to attracting users and abusers.

Good men don’t want women who will take anyone, and if you were honest with yourself, you probably wouldn’t want a guy who would take anyone, either. Tone it down a notch!

3. You’re expecting to date way out of your league or holding out for someone who’s literally flawless.

As much as it pains me to say this, there is such a thing as dating out of your league, and trying to do this could mean that you’re missing out on decent men who would date you.

If you want someone who’s incredible, you need to have something to offer them that’s equally sexy.

Moreover, there’s a certain limit to how great someone can be. Nobody, not even Beyoncé, is perfect and if you’re waiting for Mr. Perfect, you’re going to be single for a very long time.

The best way to find a decent man is by setting your standards high enough so you don’t get walked all over, but not so high that they’re unrealistic.

This one always bugs me. How are you going to meet new people if you don’t go out?

Most of the time, online dating doesn’t yield good results. In fact, a third of all men on those sites are already in relationships.

Your best bet is to find a good guy in person, so go out and have fun.

However, it is true that some people have been very lucky to find good men on dating apps, so don’t discount them completely!

Expecting your date to treat you with respect is a given and it’s totally reasonable. What isn’t reasonable is expecting a man to shower you with presents every single date, pay for everything, and also put up with temper tantrums.

If you act like a diva, don’t be shocked if men eventually get sick of it and bail because that’s definitely why you can’t find a good man.

6. You’re hanging out with the wrong crowd.

Part of meeting good men is hanging out with a crowd that has decent people in it.

If everyone in your clique has domestic violence issues, cheating, and commitment issues, you’re not going to find a good man via that clique’s connections. Birds of a feather tend to flock together, so you might need to change your scene if you want to get a decent partner.

If you’ve ever gone on a date with a woman-hater, you already know how uncomfortable that makes you. Believe it or not, men can pick up on bad vibes, too, and it makes them just as uncomfortable as it makes you.

“You also create from your expectations. So if you believe there are only ‘bad men’ out there, that is what you will attract,” Whitman explains. “Start to look for ‘good men’ and tell yourself why you can attract one.”

8. You bribe guys for dates.

I’ve been here, and yes, I understand what a bad place you have to be in for this to become a habit. The thing is that men who are worth your time will never want to accept a bribe for a date. Doing this only attracts the worst men and scares good men away.

9. You refuse to make the first move.

It is difficult for women to find a good man or Mr. Right, typically, because they refuse to put themselves out there.

Guys get nervous! A lot of men are intimidated by women to the point that they won’t approach them. Ask them out and you might be surprised at how many of the shy ones will be great guys to date.

10. You don’t have self-awareness or social skills, and aren’t doing anything to change that.

A huge portion of dating involves having enough social skills to get along with people, present the right image, and also just talk to people effectively. A lot of the mistakes and issues that keep good women single all boil down to self-awareness and social skills.

Thankfully, there are ways to improve these things and that can help you meet the man of your dreams.

11. You’re not working on yourself.

Everyone has something they can improve. I have my flabby stomach and caustic attitude towards men, but others might have smaller issues.

A little improvement can go a long, long way, so give it a try if things just aren’t working. You never know what might happen.

If you’re making any of these mistakes, you are hurting your own chances of finding Mr. Right.

Stop asking yourself, “why can’t I find a partner” and “why is it so hard to find a good man” and do something about it!

5 Birth Control Methods That Won’t Mess With Your Hormones

Why Dating Apps Are The Death Of Real Connections

Why You Need To Consume Less To Live A Better Life