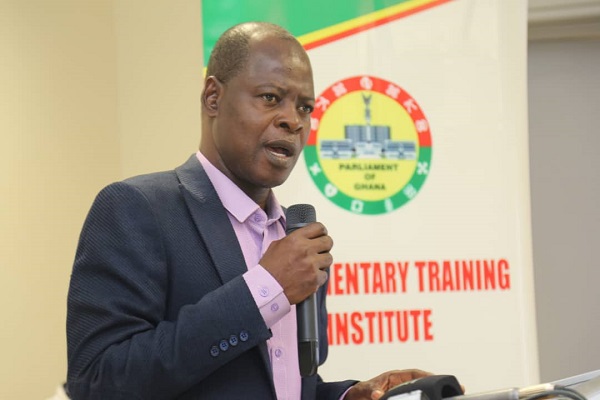 A group of Civil Society Organisations (CSOs) has called on the government to halt the proposed Agyapa Royalties deal expected to hit major stock exchange platforms by the end of 2020.

The group, which forms the Alliance of CSOs working on Extractives, Anti-Corruption, and Good Governance has cited secrecy, lack of a business strategy, and haste to carry out the processes without consultation.

The agreement concerning Agyapa Royalties, a Special Purpose Vehicle (SPV) company was approved on August 14, 2020, by parliament in line with the MIIF Act, 2018 (Act 978). This is aimed at using the state firm to secure about $1 billion through prudent management of mineral resources.

The critics have cited a lack of information on the shareholders of the firm as well as fears that Ghanaians will be hoodwinked if the agreement goes ahead.

Emphasising on the need to truncate the process, Dr. Steve Manteaw, the Communications Director of Integrated Social Development Centre (ISODEC) said at a press conference of the group that “it beats our imagination as to why an entity without a corporate strategy and approved funding plans will proceed to raise one billion dollars and give $500 million to the government in such an indecent deal especially when there is no known emergency to warrant such rush”.

Speaking on behalf of the group on Tuesday, Dr. Manteaw said, “Just last week, we sighted a call for an expression of interest placed in the Daily Graphic inviting prospective consultants for the development of a strategic plan for the Minerals Income Investment Fund (MIIF).”

“While we welcome the open and transparent process for selection relative to this particular assignment, we have no evidence of the same openness in the creation of the Special Purpose Vehicle in the Agyapa deal and the appointment of its directors”.

The Minerals Income Investment Fund (MIIF) which is overseeing the implementation of the deal sought to provide answers after a barrage of criticism from the minority in parliament and other critics.

But the CSOs see it as “post mortem attempts being made to engage the public”.

“This, in fact, underscores the point that prior engagement would have better served the national interest.

“But regardless of the attempt to clarify some concerns, significant questions remain unanswered. Are the managers and directors of Agyapa not politically exposed people? And were they not selected through an uncompetitive process?” Dr. Manteaw questioned.

They are, therefore, demanding the immediate withdrawal of the entire deal.

Agyapa will only enrich the elites

Speaking in an interview on Accra-based Starr FM, the former Chairman for Public Interest Accountability Committee, Dr. Steve Manteaw, said the CSOs will rally behind the NDC flagbearer to ensure the cancellation of the Agyapa deal as he promised no matter the cost to the nation.

“What we are telling government is let’s slow down…let’s have more transparency, more consensus building around the approach before we go forward with the approach. I don’t know of any national emergency that warrants that we should rush the process to raise funds for development.”

Dr. Manteaw contends that the deal will only enrich the elites.

“Under the current arrangement, with the Mineral Income Investment act, we do not see any such transparency, accountability, and public oversight arrangement, so it makes it very risky and prone to elite capture and abuse.”

Even before the approval of the deal, the Minority mounted strong opposition to the deal citing lack of information for proper assessment.

The 2020 flagbearer of the opposition National Democratic Congress (NDC), John Dramani Mahama has said that he would cancel the deal when elected into office in the December polls.

Meanwhile, the Minister for Information, Kojo Oppong Nkrumah has explained the structure of the Agyapa Royalties transaction and its benefits.

In an interview on PM Express on the Accra-based Joynews, Mr. Nkrumah said the deal raises no debt financing for Ghana and bears no loan interest expenses.

He added that Ghana retains a majority stake in future royalties.

“Under the transaction, Ghana now has a vehicle for undertaking participating interests in mineral explorations the world over,” he said.

Meanwhile, MIIF explained in a statement that listing will require strict adherence to corporate governance practices in line with the guidelines of the managers of the various stocks markets where it will be listed hence the running of the company would not be shrouded in secrecy.