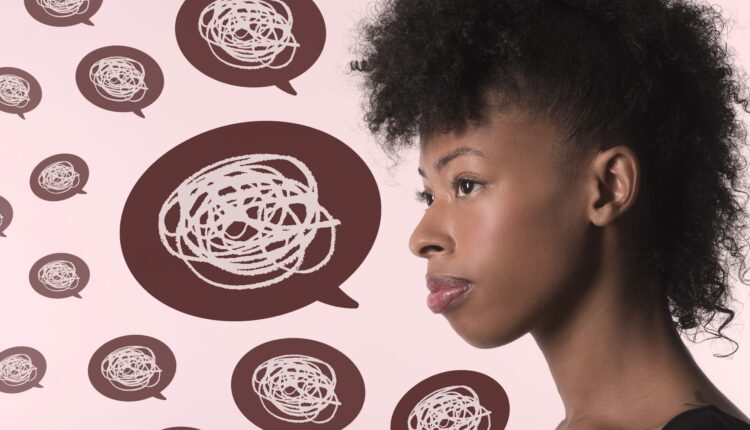 At times, we can be our own worst enemies. While the world can be cruel and people can try to hurt you, a lot of the time, what external sources throw at you isn’t nearly as severe as what you throw at yourself, and that can often show up in the form of negative self-talk.

Many people learn the process of negative self-talk at a very young age. It’s a frighteningly easy habit to fall into, and it’s one that’s best broken out of as soon as possible.

HERE ARE 15 WAYS NEGATIVE SELF TALK CAN DAMAGE YOUR SELF-ESTEEM, AND HOW TO FIX IT.

1. EXAGGERATED IDEAS OF RESPONSIBILITY
Living in the performance-driven rat’s race, our society has become has not been kind to us, and many of us have developed all sorts of cognitive distortions about responsibility as a result.

Said distorted thoughts are similar to how they manifest in sufferers with social anxiety disorder, and research has shown it often paves the way towards depression and stress. Here are a few ways to combat such self-talk:

Be kind and gracious to yourself.
Learn how to let go of things outside your control
Establishing and reinforcing your boundaries to take care of your limited resources 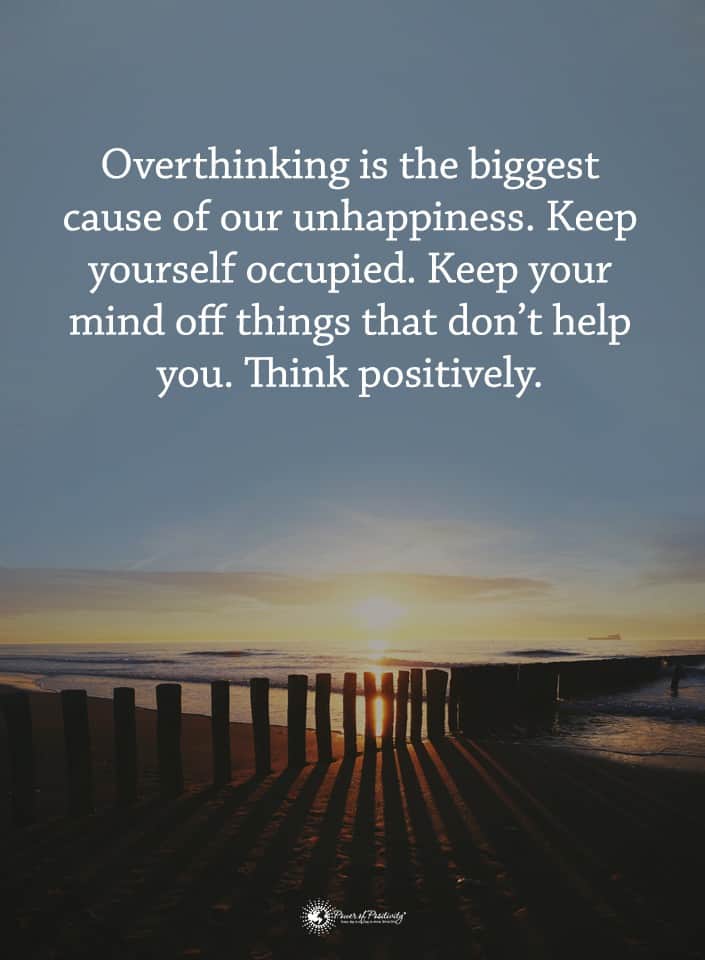 Unlike positive thinking, negative thinking often blows minor inconveniences out of proportion and exaggerates one’s flaws. As a result, we end up making mountains out of molehills and use it as an opportunity to lambast ourselves. To counteract this, try:

Taking a moment to think of the worst possible scenario, then the best possible scenario, before figuring out what the most realistic and likely and average scenario will be
Challenge your negative thoughts
Recognize and admit that you’re being anxious or negative, before calming yourself
Consider what positive things people may have to say about you

3. THINKING IN EXTREMES
Negative thinking often manifests itself in an all-or-nothing language. You may find your negative thoughts using language like “always” and “never”, or “everyone” and “no one”. The truth is, that isn’t the case – the reality is always so much more complicated than that.

Instead of telling yourself again that nobody cares about you, try to:

Keep a written record full of positive experiences as concrete proof
Avoid thinking in extremes
Remember that this is just a feeling, and it too will pass
Put in the hard work and effort to create a situation you desire

4. USING EMOTIONAL REASONING
In contrast to how positive thinking and objective reasoning is a hallmark of healthy self-esteem, research has shown that emotional reasoning often arises from individuals with cognitive distortions.

Emotional reasoning is when a person uses their subjective feelings as evidence and proof of a situation or decision, instead of referring to objective truth and reality. This perception often results in procrastination or depression, which isn’t ideal. Keep in mind that:

Emotions are temporary, and moments like these will pass.
You should try grounding and calming yourself before you make a decision or reaffirm a thought.
There’s often a deeper root cause for such emotional reasoning that likely needs to be tackled.

It’s easy to bombard ourselves with “should” statements – that we should have tried harder, that we shouldn’t have done that. The reality, however, is far more unpredictable and ambiguous than you might think. There is no way to be sure that doing what you think you should’ve done would’ve somehow mitigated the risk. Instead:

6. THINKING YOU CAN MIND READ
If you suffer from low self-esteem or negative self-talk, science has shown that you’re likely to end up “mind-reading”. This isn’t mind reading in any sense of the word – instead, you’re only imagining what someone is thinking or feeling, often in a biased and inaccurate manner. Rather, try:

7. GUILT TRIPPING
Guilt-tripping isn’t just a tool to manipulate others – it can also be used to beat yourself up with, leading to low self-esteem and negative thoughts. This can happen when you let everything that you regret or feel ashamed about dictate your actions and behaviour, on the basis that you don’t deserve happiness or success because of them.

It can be easy to wallow in shame and guilt, but this isn’t healthy behaviour. Instead:

Forgive yourself and move on.
Remind yourself that you deserve all of life’s good things as well.
Focus on the good you have done and can do.
Understand that it’s impossible to be perfect, and that shouldn’t define who you are.

8. PREDICTING THE FUTURE
Negative self-talk often drives us to imagine the worst-case scenario, and then fixate on it as if it is reality. This overthinking ends up causing anxiety and stress, as we have no way of confirming that our prediction will come true until an event confirms or denies it.

The truth is, this is just a fault of inflexible imagination and a fixation on adverse outcomes. To avoid this, try:

Distracting yourself with some other task
Consider what would be the best-case scenario and how that might also be possible.
Focus on the present
Consider whether the imagined scenario has any real, objective basis and grounds for it.

9. OVERGENERALISATIONS
It might not feel like much, but research proves that overgeneralization is an adaptive emotion that is born out of fear. You can see this in animal training, where desensitization to one stimulus often applies to most stimuli in the future.

Similarly, we often end up overgeneralizing every negative situation or event, and in the process, glossing over or forgetting exceptions to the rule. To combat this, consider instead:

10. ANALYSING FEELINGS TOO DEEPLY
Emotions can be challenging to deal with, especially when your thought patterns are already easily influenced by said emotions. Many of us then would rather see and treat our feelings as a problem that should be resolved or fixed as soon as possible.

The truth is, trying to “fix” these feelings isn’t always possible. Sometimes, all you have to do is:

Be mindful of your thoughts and feelings
Take time to simply notice and observe these emotions and their sources
Breathe, and let them pass without clinging on to them
11. ONLY THINKING IN BLACK AND WHITE
Defined by psychologists as dichotomous thinking, black-and-white thinking is when you view all situations, events, and thoughts in the extremes. Normally, we tend to exaggerate expectations due to our inability to consider an expectation that lies between two extremes. As a result, we often fail to reach them and disappoint ourselves in the process. Instead, try:

Allowing for grace and forgiveness should expectations not be reached
Focus on what has been successfully achieved, rather than what was not
Be aware of any polarizing thoughts you may have
Don’t be hard on yourself

12. HARSH NARRATIVE VOICE
We are often the narrator of our own lives, telling ourselves and explaining to ourselves what is happening in a manner akin to reading a storybook. As you can imagine, the entire tone of the story changes if the tone of the narrator is a harsh and cruel one. After all, who would want to read a story that is continuously negative and self-bashing?

Here are a few ways to change your internal narrative voice to something more positive:

Be gentle in how you approach and think about things
If you won’t narrate or say this to someone you love, do not apply it to yourself
Maintain awareness of when you start being internally harsh towards yourself

13. MINIMIZING THINGS
The complete opposite of magnification, minimization is when we downplay or dismiss our capabilities and achievements. Instead of receiving praise and congratulations gracefully, we may find ourselves brushing it off or nitpicking on some minor flaws.

This results in us being trapped constantly feeling inferior and unappreciated, as we never allow ourselves to be truly boosted up by encouragements and compliments. To combat this, try:

Accepting encouragements and compliments with a simple “thank you.”
Give yourself permission to indulge in admiration and praise
Focus on what you have successfully achieved
Reward yourself for what you’ve done

14. HABITUAL SELF-CRITIQUE
Self-criticism and personal high standards are important tools in the path to self-betterment. Just like any tool, however, these can be abused. Instead of striving to do better, you might find yourself passing judgment on yourself instantly as a gut reaction. This, as you can imagine, isn’t actually helpful.

Instead, it would be more productive if you were to:

Setting aside time to mull over a perceived mistake or flaw
Make self-criticism an intentional and deliberate act.
Take a quick moment to assess whether there is any proper basis for it.

15. LABELING OTHERS AND YOURSELF
Life is easier when we slap ourselves with a label – it gives us an identity to rally around, and in turn, a sense of belonging. This is a tool that can be abused, however. When that label is a negative and degrading one, it can be harmful to our psyche and mental wellbeing. Instead, remind yourself that:

The human condition is a complex and ever-changing experience – a single label cannot possibly encompass all of it
Labels applied in the heat of a moment or as a result of negativity are often inaccurate
Labels are ultimately meant to help ourselves and others, not tear them down
It’s best to use labels as positive identifiers we can use to build ourselves up with

3 Essential Tips For Budgeting In College

Grapes: The beauty benefits of this fruit are incredible