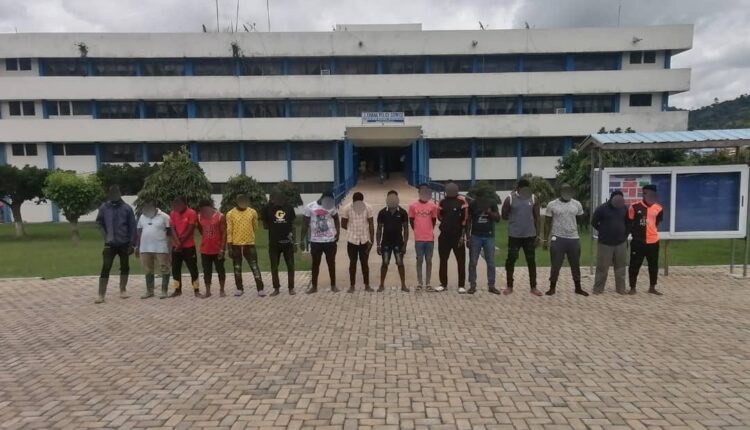 Sixteen persons have been arrested in connection with a shooting incident at Asamang Tamfoe in the Eastern Region.

The incident occurred between some persons believed to be illegal miners and a community anti-galamsey taskforce on Thursday (29 September 2022).

During the operation, the police retrieved one pump action gun, two excavators, two water pumping machines and a battery.

“Efforts are underway to arrest the remaining suspects and retrieve any other weapons in their possession,” a statement from the police said.

The police also said they are reviewing a video on the incident as part of the investigation.

“We would like to assure the public that all the other perpetrators will be arrested and brought to face justice,” the statement added.

There was some disagreement with community members of Asamang Tamfoe when an anti-illegal mining taskforce and the police from Kyebi went to the area to arrest suspects and seize illegal mining equipment.

The police and the task force had gone into a bush in the area to stop suspected illegal mining activity.

However, the community members insisted, their operations were approved as it was part of an approved community mining activity.

The police and task force seized some mining equipment including excavators.

On their way out in a convoy transporting the arrested suspects and the equipment to Kyebi where the District Police Command headquarters is located, the community members blocked the road.

This led to the firing of shots.

Below is the statement from the police 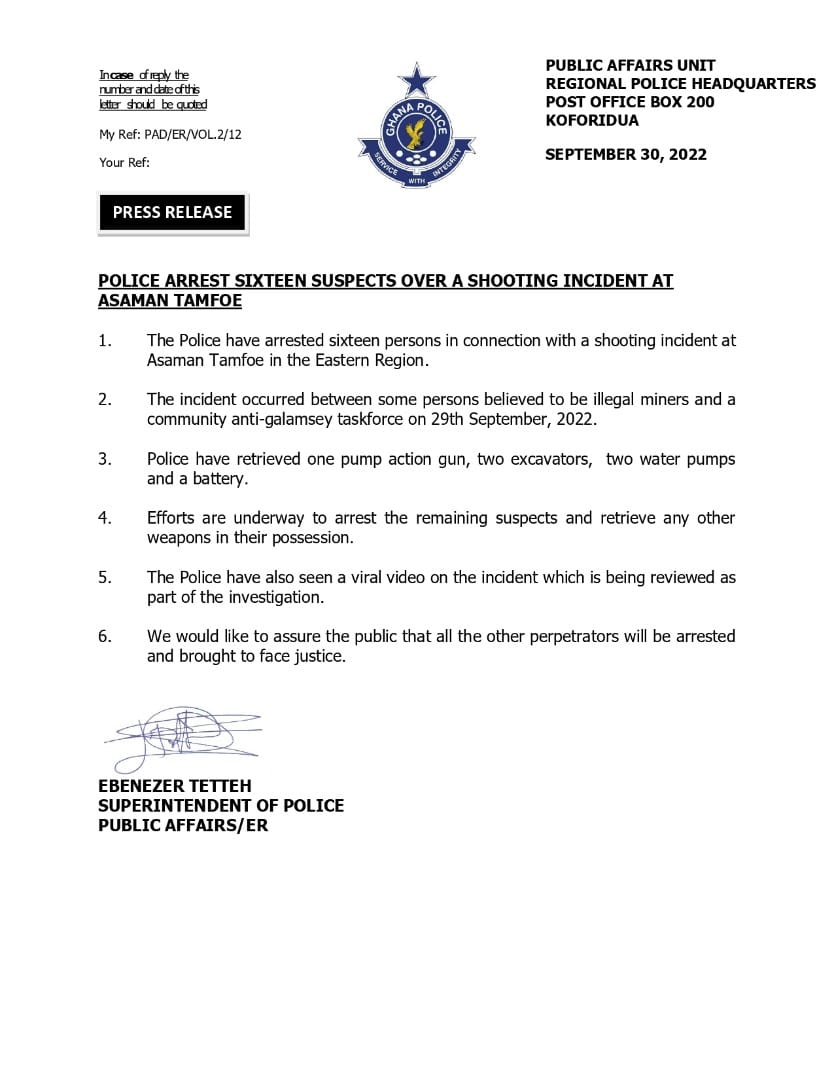