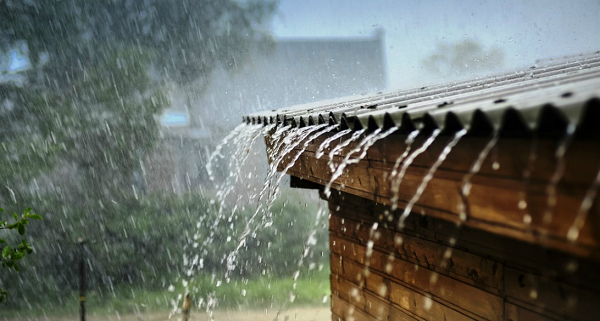 Please let the rain come down

This past month of July has been uncharacteristically dry. In Ewe, the name of the month of July is “siam-lorm”, which translates literally as “put me out to dry, gather me”.

It is the time of year when the sun peeps out and you lay out things to dry (it could be cocoa or any other fruits or seeds, or your laundry) and a few minutes later, it starts drizzling and you run to gather them up; the rain doesn’t last and the sun is out again and you go back to remove the covers.

You might go through this process any number of times in a day.

July is supposed to be wet, not with the heavy rains of May and June, but light, intermittent rains. The kind of rain that makes farms and gardens happy.

I know that the weather is not exactly a natural or regular topic of conversation for us and I notice that this dry spell has not attracted any commentary, probably because the rain is viewed as a nuisance by those who instigate and lead national conversations.

In many people’s minds, rain means floods. But it is not just the flooding that generates endless irritation, discussions and analysis; to hear some people put it, rainfall is now a nuisance and interferes with lives and daily routines.

When it rains, we get an automatic excuse to be late to work. Appointments can be cancelled without apologies and people are surprised that you still expect them to turn up when the ultimate excuse has been provided: it rained.

And then of course, there is the added very good reason that because so many people live in less that adequate housing, the slightest rainfall reduces them to a state of homelessness.

There are those who live in houses built in waterways and those who have made no provisions for drainage in their houses. Any amount of rainfall spells disaster.

As the lyrics of an old popular song used to go: “Oh no, don’t let the rain come down, my roof’s got a hole in it and I might drown”.

So, we have gradually tuned our minds to regard rainfall as bad news and something to bemoan. In Accra especially, once it starts raining, News Editors are sending out their reporters and cameramen to the known trouble spots to bring the headline and award-winning photos for the next day.

These days, all the citizen journalists would also have their smartphones out to bring us on WhatsApp platforms, videos of rushing flood waters and choked gutters and homes where mattresses are being soaked and people are climbing onto ladders with their precious belongings to keep them dry.

If we have homes and offices that cannot survive rainfall and we have workshops that can only operate when it is dry, surely, we are setting ourselves up for an unsustainable existence.

Dare I suggest that dramatic though the effects of flooding are, a drought is far more devastating and affects far more of us than floods.

I am not suggesting that a relatively dry July spells a drought, but I am saying that the general health of the public is better served by flooding than by a drought.

It would be ideal if we didn’t get the extreme of any weather, but if I had to make a choice, I would much rather have too much rain than too little rain which results in a drought.

By the time the maize crop dries up and the farmers acknowledge that there won’t be a harvest, we would be in a full-scale crisis.

I do not recall that flooding has forced population movements in our parts of the world, but we know and live with the effect of the Sahelian drought. I dare not think of the Green Ghana Day and all the seedlings that were planted.

That day was selected in the hope there would be enough rainfall to ensure the plants survive and thrive.

July is not the time of year that anybody normally thinks of watering plants in Ghana; we leave it to nature usually to do the business.

I hope the seedlings are not in distress. I dare not think of low levels of water in dams and wholesale prayers asking for the intervention of the Almighty for the Akosombo and Bui dams to have enough water to be able to generate power.

I read something quite alarming the other day that in some parts of the United Kingdom about 25 per cent of the water from the pipes go to keep lawns green.

I do want to keep my lawn green but I want to keep the grass alive with rainfall and water harvested from rainfall.

I do not want to use water from Ghana Water Company to keep my lawn and my plants happy. I hasten to acknowledge that the change in the weather is not just a Ghana phenomenon.

In the past four weeks I have watched from afar as temperatures have climbed to record heights in Europe and North America.

Even we who are supposed to be in the hot parts of the world, would struggle to cope with the type of temperatures that they were having.

Sometimes I have been irritated by the assumption of the West and those in the northern hemisphere generally that they constitute the world and seek to project their local situation as a global phenomenon.

Their headlines talk about global heatwave, but we certainly were not and are not having a heatwave. Yes, I do sympathize with 42 degrees Celsius in what I know as wet and cold London and am horrifi ed that in Austin, Texas, they had three weeks of continuous 100 degrees Fahrenheit, I was very much aware that those in the southern hemisphere are certainly not in their hot season.

As we go into August and what should be the coldest time of the year for us, I am praying that we have some rain. And when the rains do come, may we stop complaining and welcome them.