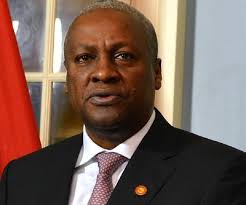 Two supporters of the opposition National Democratic Congress (NDC) died Sunday in a motor crash after they participated in a meeting with former President and flagbearer hopeful, John Mahama.

The two were involved in an accident on their way home from meeting at Goaso in the Brong Ahafo Region, a statement from Mr. Mahama’s office confirmed Tuesday.

The former President is deeply saddened by the news of the demise of the two unnamed persons, who were said to have actively participated in last Sunday’s meeting.

“It is shocking to know that we lost two very enthusiastic supporters in an accident on Sunday night. They were young, vibrant and very helpful during the meeting. My prayers are with their families and friends in this very difficult time,” he said.

According to the statement signed by James Agyenim Boateng,  Mr Mahama will call on the bereaved families in Goaso on Tuesday to mourn with them.