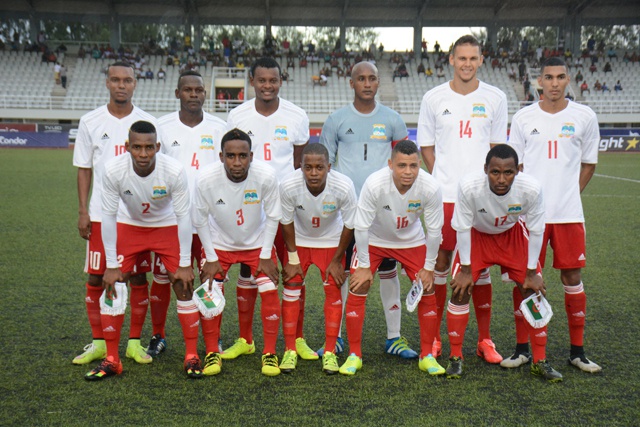 Madagascar, the home country of the president, Ahmad has become the first country to qualify for the 2019 Africa Cup of Nations. Incidentally, it is the country’s first time of picking the continental ticket.

Madagascar national team popularly referred to as Berea were in Group A alongside Senegal, Equatorial Guinea and Sudan.They won three games out of four and are closely followed by African football powerhouse Senegal.

Madagascar achieved unarguably the brightest moment in their footballing life after beating Equatorial Guinea 1-0 on Tuesday, to qualify for next year’s final tournament with two matches to spare.

Njiva Rakotoharimalala scored the only goal on 42 minutes at the encounter held at the CNAPS Stadium in Vontovoronoa, near the capital Antananarivo. The victory saw ‘Barea’ as Madagascar are nicknamed move to 10 points in Group A, four more than Senegal who face Sudan later in Khartoum.

Chants of ‘Arabaina’ which means congratulations in the local Malagasy language was formed on the lips of the vociferous crowd at the stadium, who celebrated the historic moment.

The qualification for the final tournament of the Africa Cup of Nations for the first time since 1957, complete a fairy-tale run by the islanders who remain unbeaten in their campaign. Led by Frenchman, Nicola Dupuis, ‘Barea’ registered wins over Sudan, Equatorial Guinea (back-to-back) and a draw against Senegal to achieve the historic feat.

The outcome of the two remaining matches against Senegal and Sudan will have no impact as Madagascar are destined to finish in the top two of Group which guarantees automatic qualification.

Qualification for the AFCON is expected to throw the streets of Antananarivo and other parts in the country into frenzy, after a similar mood when the Islanders won the Beach Soccer Africa Cup of Nations in 2015 in Seychelles.