The 2020 edition of the biggest end of year music festival, AfroNation Ghana, has been canceled.

The cancellation follows an increase in coronavirus cases in the country and across the globe ahead of the December holidays.

In a press statement, the organizers said they had been in talks with authorities and partners to decide how the year’s event would be organised safely. 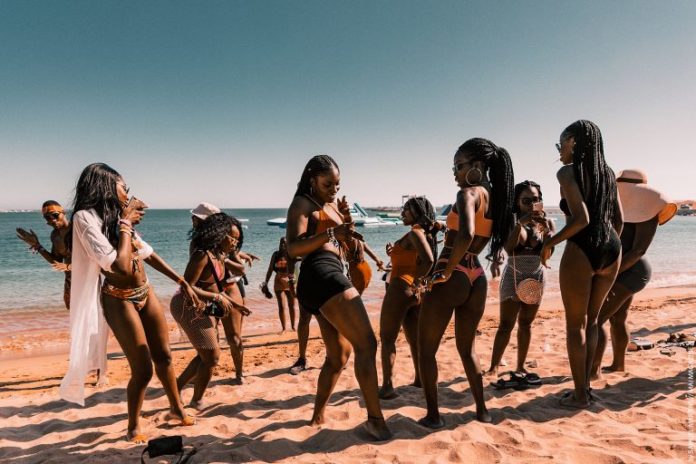 However, considering the effects of coronavirus around the globe, they have decided it is safer to cancel this year’s edition.

The team is hoping they get the chance to host the event in 2021 adding that “it is going to be a celebration like no other.”

“We already have some unique and exciting plans in place to return to the motherland next rear, and we cannot wait to see you all there. It is going to be special. Until then, stay safe and look after each other.” 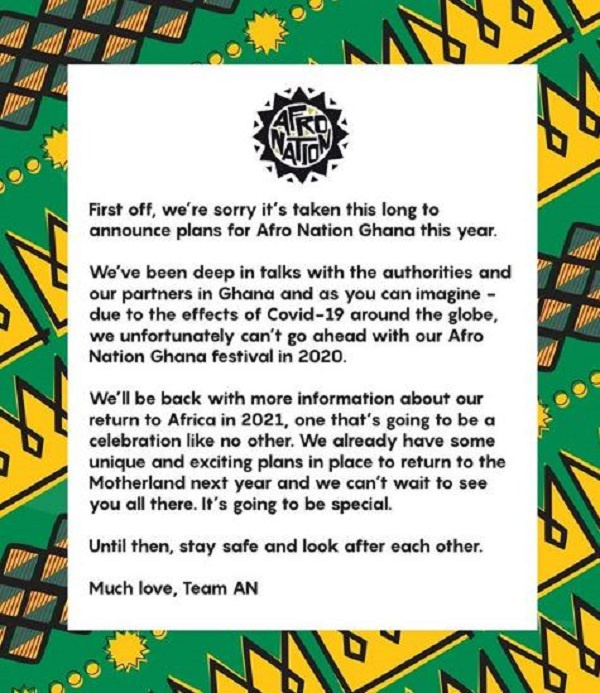 Meanwhile, in May, the Portugal leg of the festival, which was originally scheduled to be held from 1 to 3 July on the Algarve coast, has been rescheduled to 2021, “in light of the recent Portuguese government directive regarding large gatherings.”

After the 2019 edition in Ghana, the organizers of the event, Event Horizon Entertainment, secured a five-year deal with the Ghana Tourism Authority in January to hold the event annually until 2024.

Announcing the arrangement, lawyer, and member of the governing New Patriotic Party, Gabby Asare Otchere-Darko, said the partnership would reflect positively on the country’s economy.

“Investors, entrepreneurs, small and medium-sized businesses have at least a five-year investment plan to focus on to exploit well the anticipated annual Christmas traffic. The trade boom will be sustained by your thinking government,” he said.

Afro Nation is arguably the world’s biggest Afrobeats festival. The brand is also credited with initiating the weekly Official Afrobeats Chart, which debuted in July on BBC Radio 1Xtra.

Private consortium takes over SAA with 51% stake, gov’t has 49%