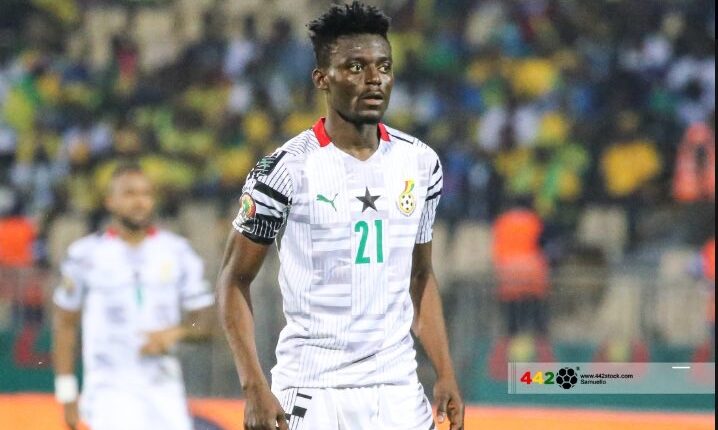 Real Mallorca midfielder, Baba Iddrisu, has been ruled out of  Ghana’s final Group C clash against Comoros in the ongoing TotalEnergies Africa Cup of Nations on Tuesday due to an injury.

The 25-year-old is out of coach Milovan Rajevac’s team for the game after failing to recover from an injury he sustained in the 1-1 stalemate with Gabon.

Iddrisu was replaced with Edmund Addo in the 65th minute of that game and the scan results on Monday has ruled him out.

‘’The scan results revealed Oedema in his hamstring and so at the moment he can’t play against Comoros on Tuesday’’ Doctor Adam Baba told ghanafa.org after returning from the Garoua Military hospital.

Meanwhile, Mubarak Wakaso who has been nursing an injury and yet to make an appearance for the Black Stars trained with the team for the first time but it is not clear if he can feature in the must-win game against Comoros.

Ghana is without a win after two games and currently third on the Group C standings with one point, a win is the only option for the Stars to make it to the next stage of the competition.

The match kick-off is at 19:00 GMT and will be played at the Stade Roumdé Adjia in Garoua.