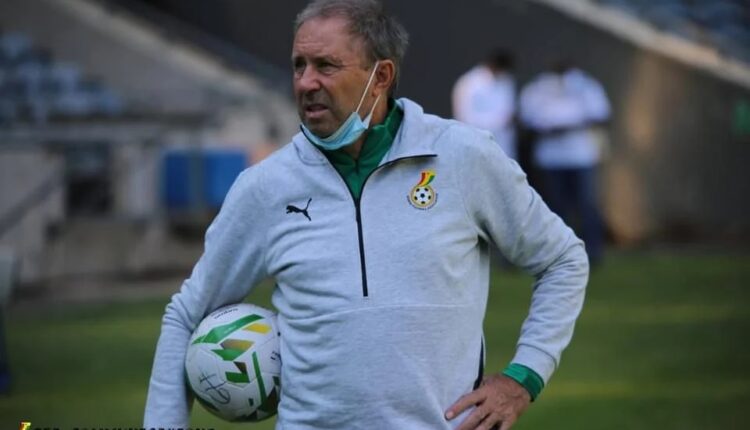 2021 Afcon: We will emerge as winners in our next two games – Ghana coach

Having suffered a defeat in their opening game on Monday, Ghana coach Milovan Rajevac has said the team will bounce back to record a win in their last two games in the ongoing 2021 Africa Cup of Nations [AFCON].

The Black Stars suffered a late defeat as Sofiane Boufal netted late to win all three points for the Atlas Lions at Stade Ahmadou Ahidjo in Yaounde.

Speaking after the game, the Serbian gaffer said the team is unhappy with the defeat but will return to winning ways in their last two games.

“It was a difficult game for us, on the pitch were two great teams of African football. Morocco scored on the first opportunity it had,” Rajevac told pressmen after the game, as per Cafonline.

“I take this opportunity to congratulate Morocco and my players on the commitment shown on the pitch. We still have two games to go and we will stay focused on them.

“It is true that we have created more scoring opportunities, but we have not been able to materialise that opportunity. We are unhappy in that respect.

“We hope to score goals and win the next two games. I will calmly analyse the goal shot conceded and see where the team lost control of the game. Right now, we will keep our focus on the match.”

The big moment came in the 82nd minute when Boufal pounced on a loose ball inside the box to fire first-time past goalkeeper Joseph Wollacott.

Ghana have four days to prepare for their next game, a clash with Gabon, before wrapping up their group stage campaign again Comoros.