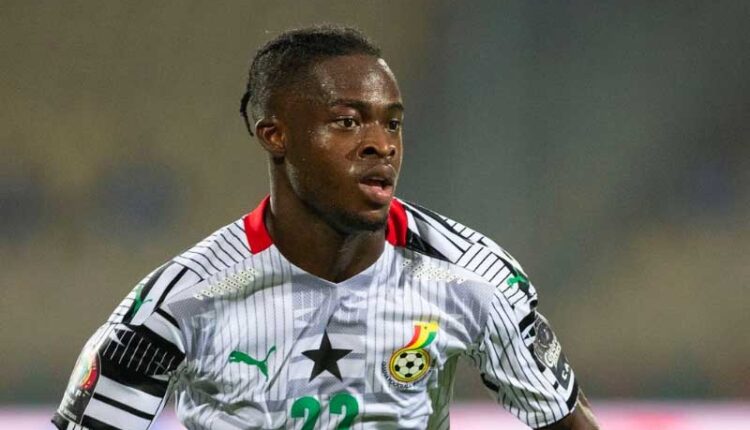 Ghanaian youngster Kamaldeen Sulemana has been shortlisted for the CAF Young Player of the Year Award (Men).

The Stade Rennes winger made it to the 10 players shortlisted to compete for the prize.

The 20-year-old joined Stade Rennes last summer for 20 million euros (excluding bonuses) from FC Nordsjaelland (Denmark), and has since been a revelation for the French club.

His outstanding performance did not go unnoticed and has therefore been nominated for the CAF Young Player of the Year award. Sulemana, valued at 33.8 million euros, is ranked 9th among the 10 most expensive U-23 players from the top 5 European leagues, according to the CIES Football Observatory.

He made his debut for the senior national team, the Black Stars, in a 3–0 friendly loss to Mali in October 2020.

Sulemana was part of Ghana’s squad for the 2021 Africa Cup of Nations in Cameroon, his first senior tournament with the national team.

He played in all three games in the group stages after Ghana failed to qualify for the Round of 16 after losing to Comoros.

Kamaldeen missed Ghana’s World Cup playoff against Nigeria in March due to injury.

This year’s edition of the prestigious award ceremony for African football, the CAF Awards 2022, will be held on Thursday, 21 July 2022 in Morocco.