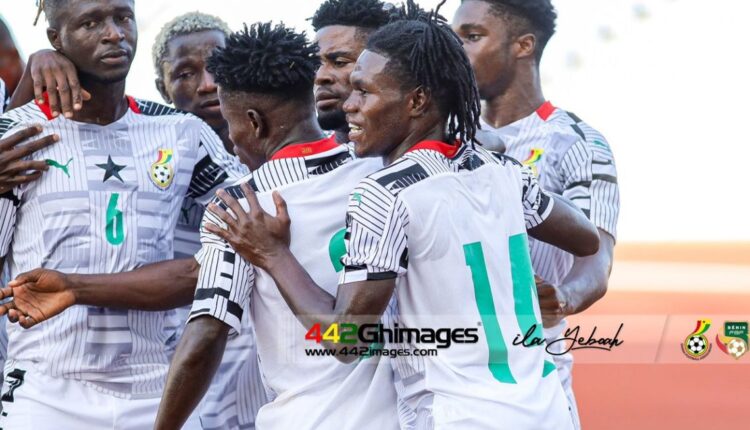 Former Black Stars midfielder, Emmanuel Agyemang Badu believes the court injunction on the Ghana Premier League and the impending World Cup breaks will affect the Black Galaxies ahead of Championship for Africa Nations [CHAN] in Algeria.

The Black Galaxies have made a return to the CHAN tournament after missing out on the last three editions.

Ghana have been paired with defending champions and back-to-back winners, Morocco, Sudan and Madagascar.

However, the Ghana Premier League has been injuncted by demoted AshantiGold and with the World Cup set to temporarily truncate global leagues, Badu believes that disturb Ghana’s form ahead of the CHAN tourney.

“I don’t think the league has lost quality, there is a lot of quality in the league,” he told Accra-based Radio Gold.

“What I think is, League, going on recess then we start then there is a problem then we break the league, it makes the players rusty a bit.

“Unfortunately look at what is happening right now, we just started the league in three days, and teams are getting in good shape.

“Especially Hearts of Oak, in a week’s time, they have a crucial game and now they need to play second division and first division friendly games before their crucial match.

“After a month’s time, the league needs to go on recess because of the World Cup.

“After the World Cup, the CHAN team has to go camping for the preparations of the tournament in January.

“And if the league keeps going on recess like this with the court injunction, although everybody has his right to what he thinks is right for him.

“But if things like these are happening, I think it puts the league at great risk for the local players.

“That is why I think we have had a bit of a problem with the CHAN Tournament,” he added.

The tournament starts from January 13 through to February 4 in Algeria with Ghana’s group C based in Constantine.