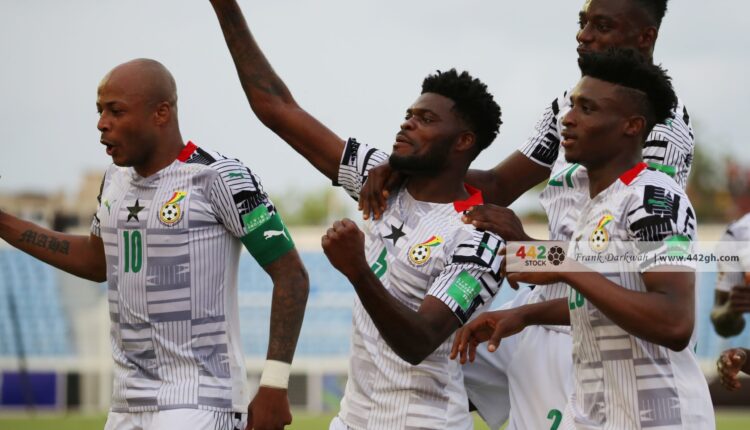 The Black Stars are top of Group G in the 2022 World Cup Qualifiers after completing a 1-0 win over Zimbabwe at the Harare Stadium today (October 12).

It is the second victory for the Ghana team over the Warriors after recording a 3-1 win in Cape Coast last Saturday.

A 31st-minute freekick from Thomas Partey was enough to give Ghana the maximum three points and an opportunity to go top while awaiting results from South Africa against Ethiopia scheduled for later today in Johannesburg.

Ghana’s left-back Baba Rahman was fouled just outside the box, and Arsenal’s Thomas Partey stepped up to lash the ball home to record his 12th international goal.

Milovan Rajevac’s side were dominant in that first half, with some exciting offensive play from Kudus Mohammed and Kamaldeen Sulemana, anchored by the strong midfield duo of Iddrisu Baba and Thomas Partey.

Coach Rajevac has started his second stint with the Black Stars with two wins from two games, scoring four goals and conceding a goal.

The Black Stars have two matches left, a trip to Ethiopia and a game home to South Africa to guarantee a place in the next round of qualifiers.