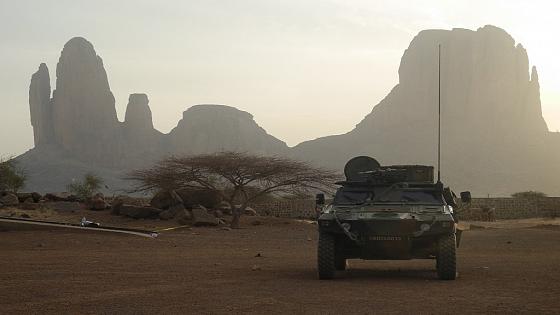 Three French soldiers died in Mali on Monday as their armoured vehicle was hit by an improvised explosive device in a military operation aimed at fighting Islamist extremists in Africa’s Sahel region, the French presidency announced.

The soldiers were taking part in a military operation in the Hombori area of Mali’s central Mopti province, the statement said.

French President Emmanuel Macron paid tribute “with the greatest respect” to the soldiers who died while accomplishing their mission. He recalled France’s determination to “pursue the fight against terrorism” in the region.

French Defence Minister Florence Parly said the soldiers were operating “in an area where terrorist groups are attacking civilians and threatening the regional stability.”

They were involved in a mission aiming at helping Mali to gradually be able to ensure its own security, she said in a statement, without providing further details.

France has more than 5,000 troops in a force called Barkhane in West Africa to help fight extremist groups.

Islamic extremist rebels were forced from power in northern Mali after a 2013 French-led military operation, but regrouped in the desert and now launch frequent attacks on the Malian army and its allies.