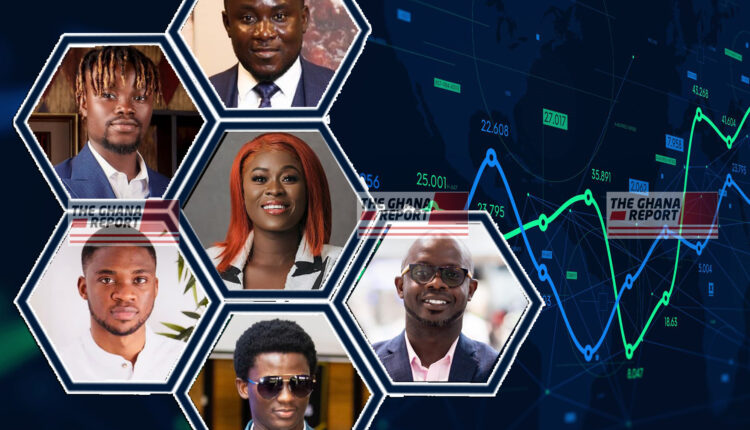 The Young Ghanaians Cashing Out On Forex Trading

A group of young Ghanaians have learned to capitalize on the vast opportunities the global financial market provides to create wealth for themselves.

These people have waded into the high-risk world of online forex trading in the form of Contracts for differences (CFDs), which may be relatively new to most Ghanaians. Despite the fact that online forex is not regulated in the country, traders participate in the markets using brokers that are domiciled abroad.

What is Forex Trading?

Forex trading is a big contributor to the global economy. In simple terms, the process of speculating on currency prices to potentially make a profit.

At present, the most-traded currencies are the US Dollar, Euro, and Japanese Yen.

According to the Bank for International Settlements 2019 triennial report, forex trading reached $6.6 trillion per day, up from $5.1 trillion three years earlier.

As lucrative as this venture is, traders lose huge amounts of money daily. Indeed, studies show that out of all traders worldwide, only 10% make a profit. This means that 90% of traders make losses.

There are approximately 10 million forex traders in the world today. Out of this, 1.3 million are in Africa, and 35,000 are in Ghana, as reported by The Tokenist.  Out of the 35,000 forex traders in Ghana, there are a number of young people who belong to the 10% of profit-makers globally.

What are they doing differently?

One can call them brave for venturing into such a high-risk business and succeeding at it. Others may also call them lucky, but forex trading requires a lot more than luck to be profitable.

It requires a plan, and a strategy, especially how to execute the plan. It takes emotional control, months or years of study, and practice.

A trader needs a deeper understanding of what factors move the forex market. Factors like economic data, interest rates, geopolitics, crisis, and pandemics, among others.

These Ghanaians may not be as successful as their counterparts on the continent. Regardless, they seem to be doing quite well for themselves. The likes of Ref Wayne of South Africa are worth millions, while Uche Paragon of Nigeria is also estimated to have amassed a fortune in forex.

Here are the well-known Ghanaians who are profiting from forex trading and teaching others who want to be like them. 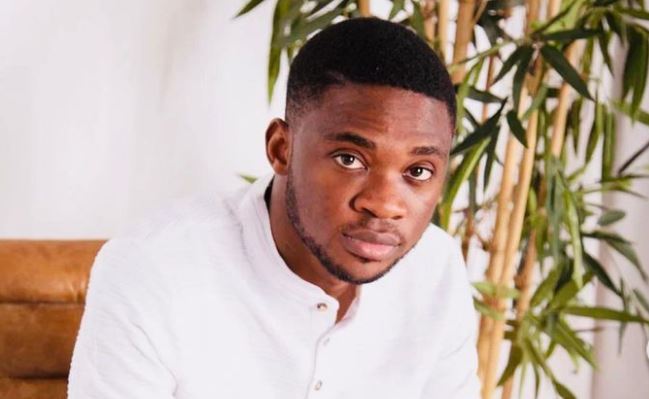 Dr Elvis Justice Bedi, popularly known as Mr Serendipity or US 30 Legend, in his own description, is a 24-year-old serial entrepreneur and an investor who is passionate about maximizing the enormous potential of the internet.

He is one of Ghana’s youngest pioneer investors in Bitcoin and the brain behind Serendipity Trading Academy, a global company teaching people how to make money from their phones.

He is currently a medic at one of the finest medical universities in Europe. He is keen on helping as many people as possible to understand the enormous potential of the internet. Also, how they can make money through cryptocurrencies, forex, stocks, and using the power of the new media. He has over 265,000 followers on various social media platforms. Elvis sometimes flaunts luxury cars, including a Lamborghini Urus acquired with the proceeds from his trade. He has also caught the attention of international media outfits. Media houses like the Los Angeles Tribune have recognized his tours in many countries around the world and accurate predictions on cryptocurrencies.

Dubbed one of the young Ghanaians leading the cryptocurrency evolution, Elvis Justice continues to build up a new generation of investors. This is his way of giving back to his community, a community that gave him so much when he was growing up.

He has plans to put up a new school in Ghana, from nursery to junior high, as well as a primary health care centre.

A household name in forex trading in Ghana and with a large following on the continent. The 28-year-old Ghanaian describes himself as a financial trader, derivative expert, real estate investor, author, and the founder of Kojo Forex Academy.

The University of Ghana graduate is a full-time trader and treats it as the big business it is. 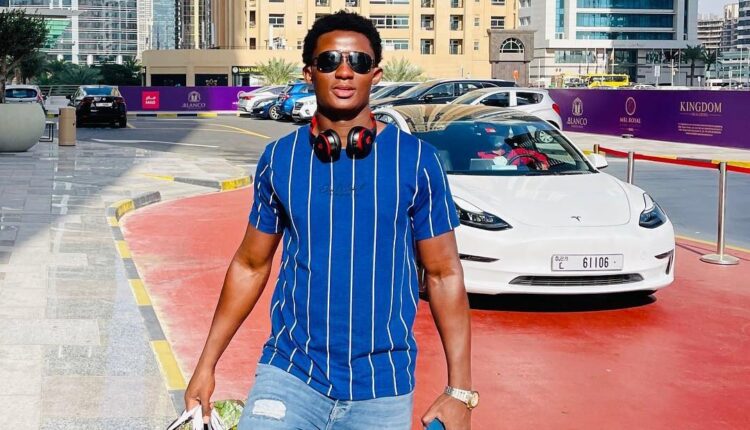 Kojo started forex trading after a fruitless search for a job after school and is said to have built a significant amount of wealth from the industry. He shares his trading plans and strategies on his youtube channel and in-person trade expos and conferences with an enthusiastic audience of upcoming financial traders in and out of Ghana. 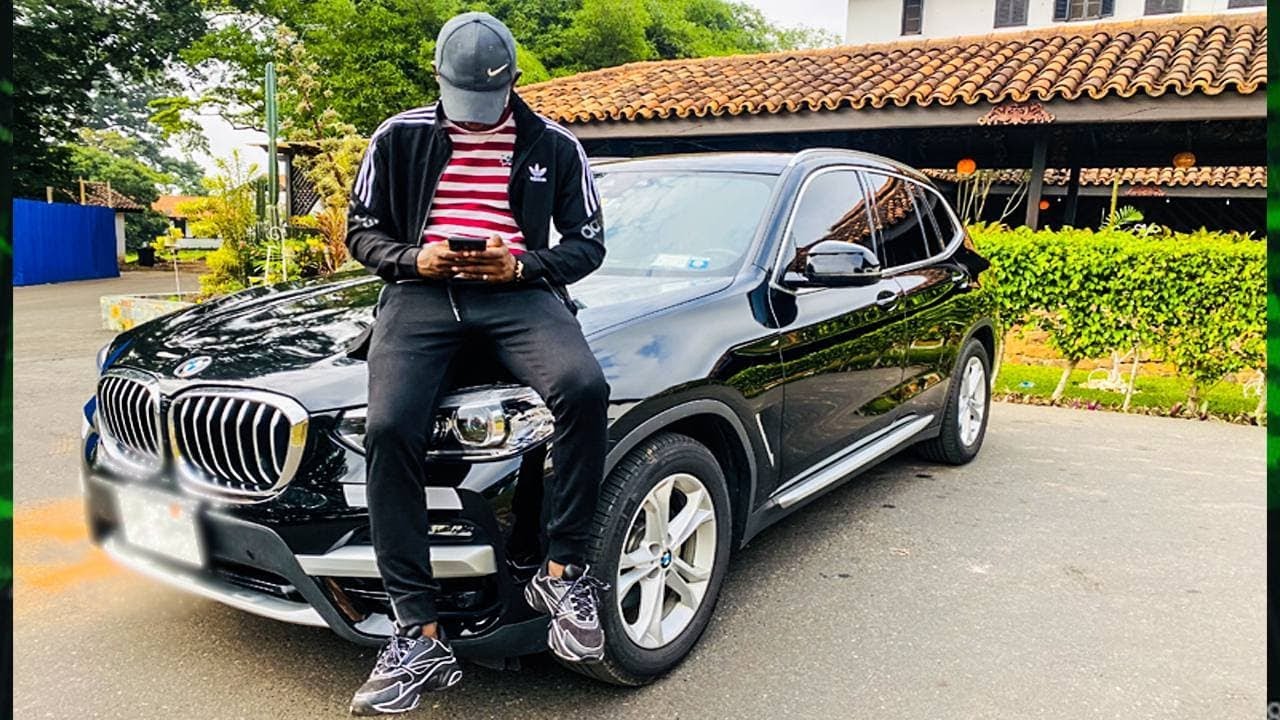 He is arguably the most popular financial trader in Ghana currently. Kojo also likes to flaunt his wealth and globe-trotting adventures on social media to the admiration of his over 282,000 accumulated social media followers.

Popularly known as Dr Hamonics in the media space, he describes himself as a Forex Trader and creator of STR forex strategy. He is also the CEO of Gold Forex Institute, a school that offers courses on forex trading. 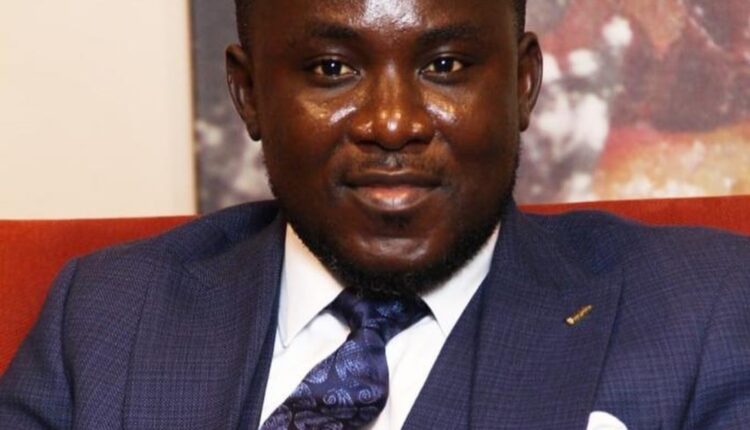 Boah took to forex trading after a number of failed ventures. He finally made a big break when he earned $136,000 from an investment of $8000 in forex. With this capital, he founded the institute, which now has over 500 students. 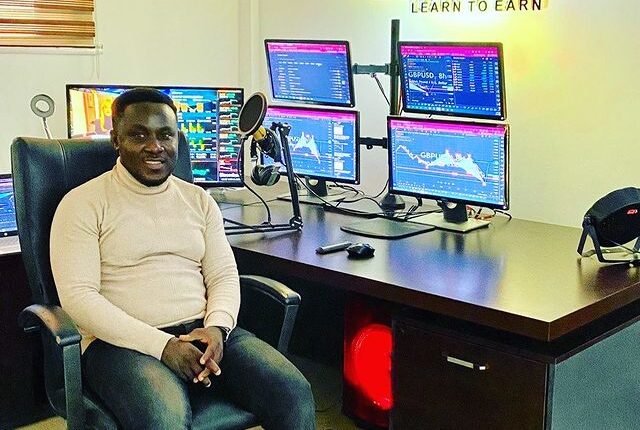 Louis is a firm believer in hard work. He encourages upcoming forex traders to learn the basic rules and rise through the ranks legally. He was also awarded the African Traders Awards as the best Forex Mentorship in 2019.

The only female out of the lot, Kira, whose real name is Lamidi Sikira, trades in forex, cryptocurrency, stocks, and synthetics. 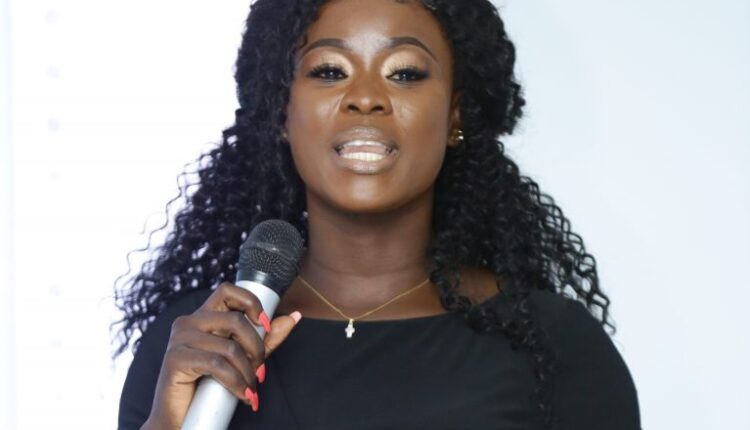 She is the CEO of Kiraforex Trading Company, with branches in the United States, Delaware, Cameroun, and Dubai.

Known not only as the woman of the men, for the men, and by the men in the world of trading and a multi-faceted businesswoman owning and managing several businesses across the country, she is also a gender activist who always empowers the youth, especially the females to stay focused on whatever they set their minds on. She always goes with the popular saying, “What the men can do, the woman can do and even better”.

Kira offers free in-person training on financial trading as well in Ghana, and to her 45,000 followers, she is arguably the Queen of Forex Trading in the country at the moment.

Prince Nana Yaw Tetteh, popularly known as Yaw Swinger, is the founder of Flash Take Profits and YSDB Forex Academy. Both institutions provide forex education to traders around the globe. 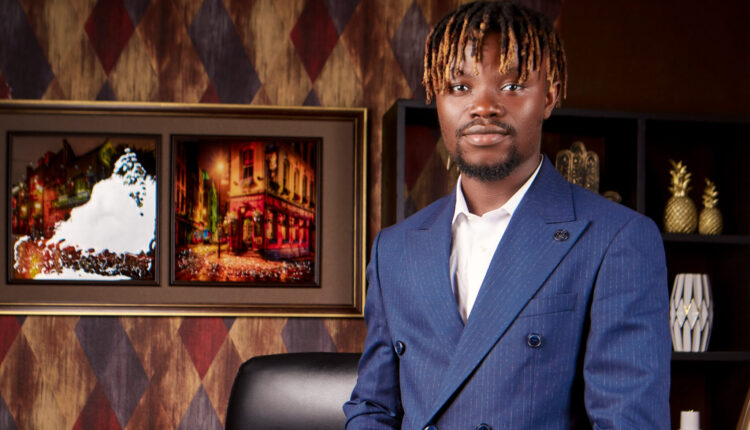 He is a graduate of the University of Ghana Business School with a major in Insurance.

After 8 years of trading forex, Yaw created a unique strategy called Yaw Swinger’s Directional Bias. This is a strategy that allows users to trade profitably without doing any form of technical analysis. The DBee strategy, as it is also called, has earned a name for Yaw Swinger in the Ghanaian trading market. Yaw is popular in Ghanaian social media circles, with about 30,000 followers.

Mr. Glover is the Founder and Director of Forex Trading Academy. He is a forex analyst, author, and forex consultant. 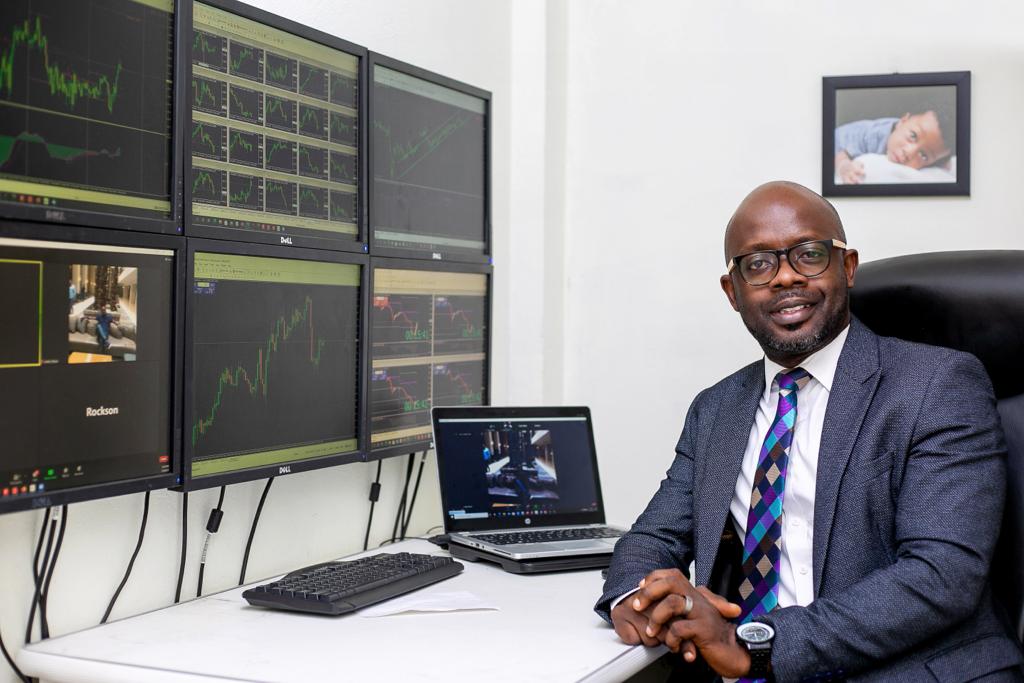 Forex Training Academy is an Accra-based educational institute that offers training to individuals and groups in trading the global financial market. The Academy trains over 8,000 people annually in various countries. 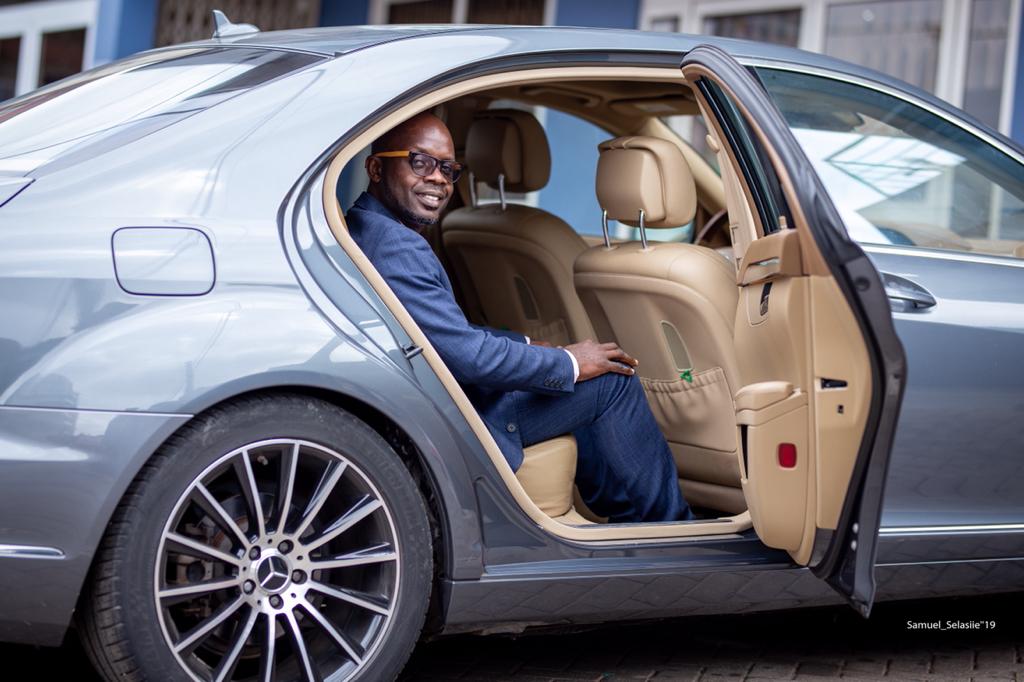 Lennis has over 10 years of experience trading in the financial market. His business interests include investment, corporate training, financial markets, and professional investing.

He believes Africa should have its own wall street with Ghana as the hub due to its rich natural resources, such as gold and cocoa, without the US and other countries driving prices.