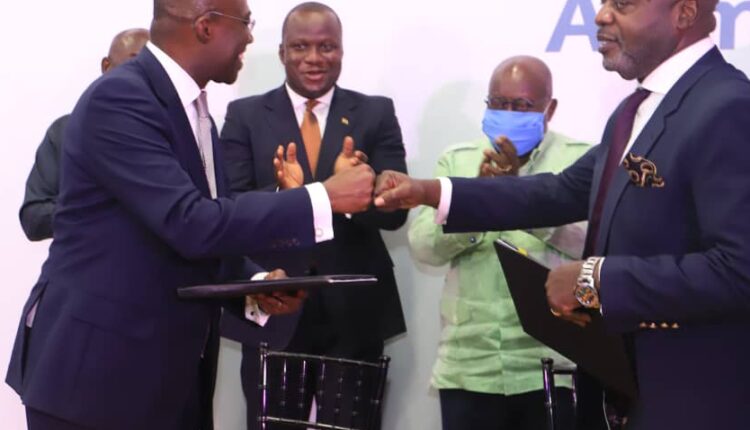 Ghana’s quest to transform the economy has been given a boost with a strategic collaboration between the Ghana Integrated Aluminium Development Corporation (GIADEC) and Rocksure International Limited to establish a mine and refine solution.

The wholly-owned Ghanaian company won the bid for the Nyinahin-Mpasaaso project which is estimated to produce 5million tonnes of bauxite per annum and deliver 1000 direct and indirect jobs.

Rocksure International Limited was selected after competitive bidding from 39 local and international companies which submitted proposals across the globe to develop the bauxite resources.

The government of Ghana will hold a minority share of 30% through GIADEC, which was established to promote and develop an Integrated Aluminium Industry (IAI).

It is expected that mining operations at Nyinahin-Mpasaaso would commence within 24 months after preliminary works to validate and define the bauxite reserves at the site. 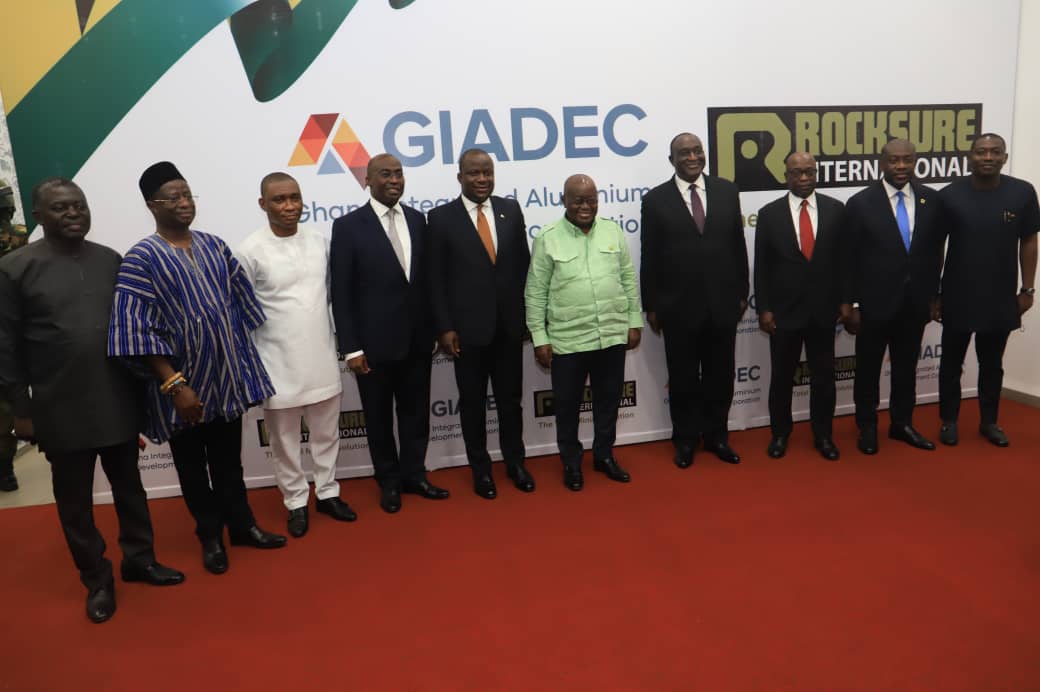 The development of a refinery solution will run concurrently, with a construction timeline estimated at four years.

To revamp the aluminium sector, GIADEC has outlined four focal areas at a total cost of $6billion as part of the vision to efficiently utilize Ghana’s bauxite resources, with the Nyinahin-Mpasaaso mine being the second project.

In return, the country is expected to benefit from more than $10 billion from the bauxite exploitation for developmental projects.

The target of the mines is to produce up to 20 million tonnes of bauxite per annum, up to 20 times the current production capacity in Ghana.

Refine capacities are being estimated to hit 4million tonnes per annum while the smelter is expected to generate up to 700, 000 metric tonnes.

GIADEC’s vision is expected to be achieved in four phases :

These would ensure the full utilisation of the 900 million tonnes of bauxite reserves across three – Awaso, in the Western  North Region; Nyinahin and Mpasaaso, in the Ashanti Region; and Kyebi, in the Eastern Region.

The four projects, that together, define the full scope of Ghana’s IAI was launched by President Nana Akufo-Addo on Tuesday, September 14.

The partnership agreement for the Nyinahin-Mpasaaso mine was also officially signed by the CEO of GIADEC, Mr Michael Ansah and the CEO of Rocksure International Limited, Mr Kwasi Osei Ofori at the same event held in Accra. 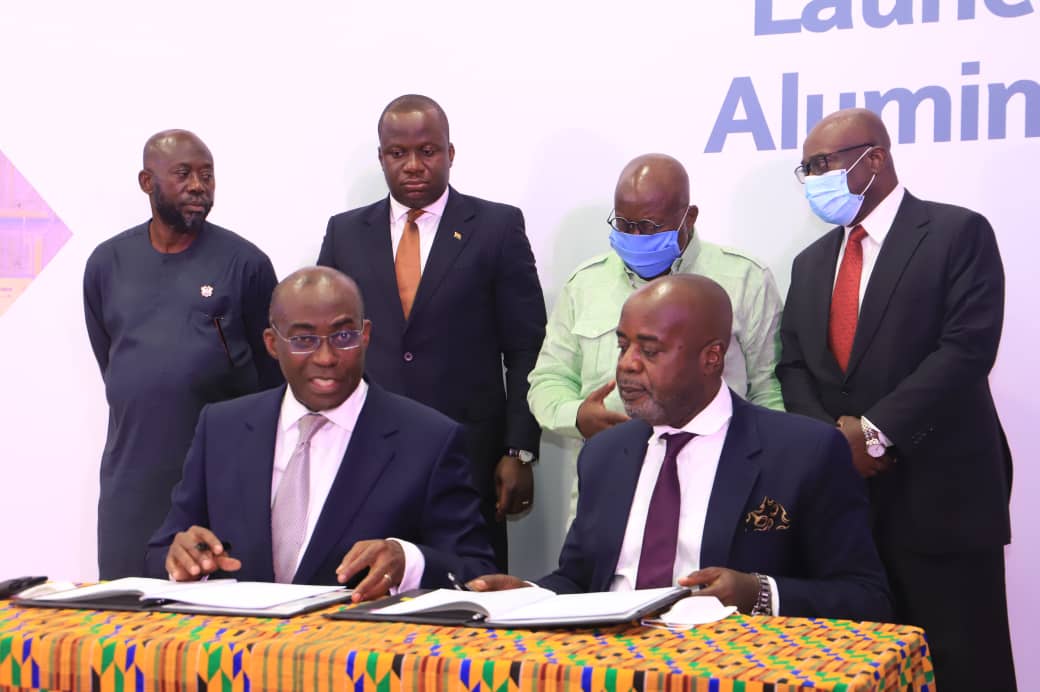 “The choice of a Ghanaian company in a highly competitive process is very pleasing in a time when we are looking for homegrown companies that can compete with the best across the world”.

“I am certain that Rocksure International with their demonstrable achievement and track record of excellent delivery will be a credible partner to GIADEC. This choice indeed is a major step forward towards building capacity in Ghana for this industry for a partnership that will ensure we develop a Ghanaian solution that will propel our rapid growth,” President Akufo-Addo said in a speech.

He was optimistic about the industrial transformation of the bauxite sector and the numerous benefits to the country.

He cited bauxite as one of Ghana’s natural resources which was at “the heart of our industrial transformation agenda” hence the need to ensure “integration and value addition across the bauxite aluminium value chain”. 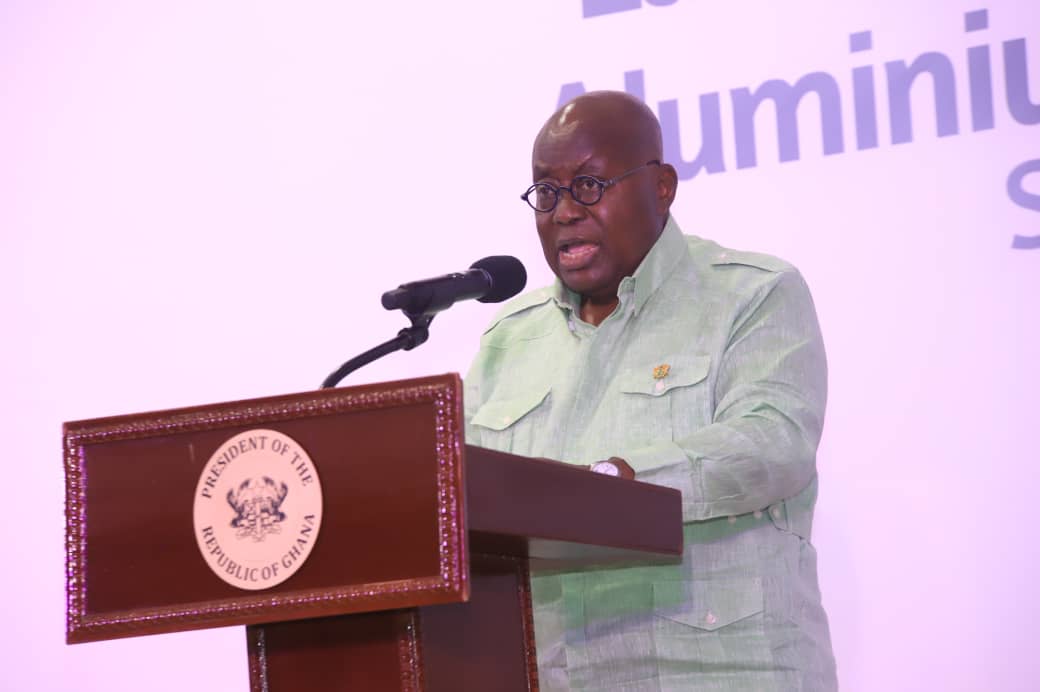 He was particularly concerned about responsible mining to protect the environment from degradation.

“Government through its regulatory agencies will act to protect our environment at all times. I will reiterate that steps will be taken to ensure that all mining activities are done in a responsible manner in accordance with our regulations” President Akufo-Addo further assured. “We believe that mining can and must be done in a responsible manner”.

He identified the Ghana railway system as an area that needs development for transportation and port infrastructure expansion to boost export of bauxite and the by-products after processing locally.

For his part, the CEO of GIADEC, Mr Michael Ansah, outlined the agenda to revamp the sector.

GIADEC’s two-pronged implementation strategy involves investing to revamp and expand the existing businesses – the mine at Awaso, and the smelter at Tema – to ensure these are aligned with the development agenda; and secondly, attracting investments to develop new mines at Kyebi, and Nyinahin, and to build refineries, to ensure that bauxite is refined in  Ghana, to produce alumina, for use in our smelter, to produce aluminium, for the local market, and for export. 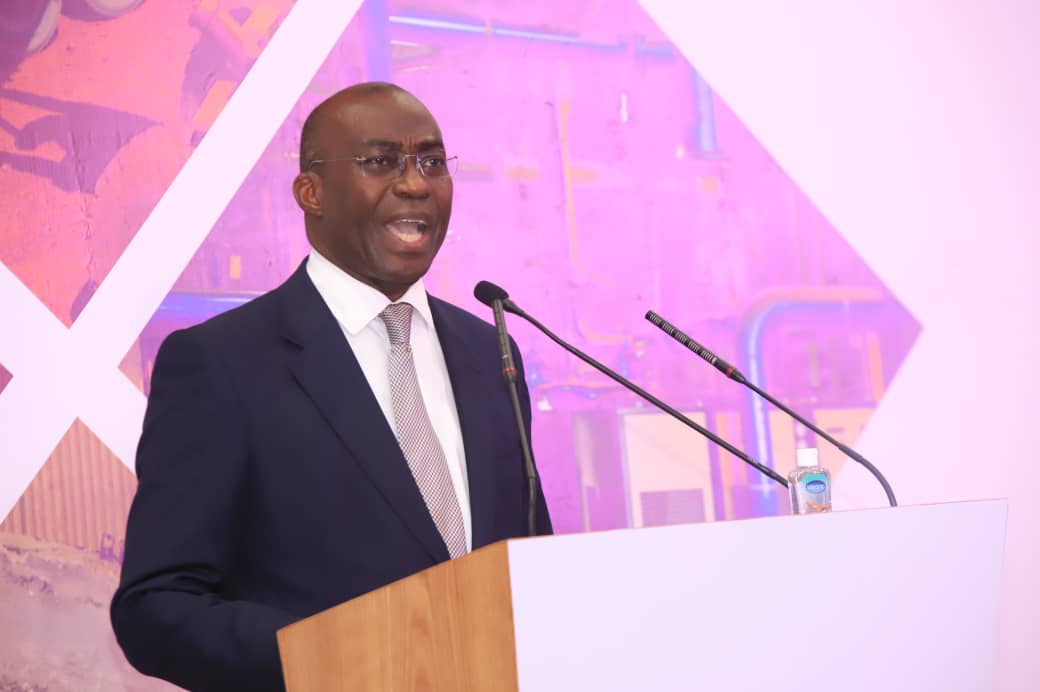 In view of that, GIADEC has invested in qualifying historical data, to verify and understand the quality and quantity of Ghana’s bauxite resources.

They have established working groups focused on various areas critical to success.

“Our transport working group is collaborating with stakeholders on the development of vital infrastructure, including the railways and port facilities, to aid efficient transportation of bauxite and bulk materials.

“Our power working group, have engaged with providers to ensure the adequacy of consistent, and competitively priced captive power.

“We have established an environment working group to sharpen our adherence to world-class environmental standards. Biodiversity and hydrology studies, shall inform utilisation of responsible mining methods, leverage technology, and implement best practice,” he underscored.

In addition, GIADEC is collaborating with the Ministry of Trade, and Industry, to set up a trade working group to support policies and plans that will promote the growth of a dynamic downstream industry.

At the same time, GIADEC has engaged mining communities, to build a partnership of trust.

“We have established an active presence in each community, through a ‘19-member Committee’, with membership drawn from all sections of the community, including traditional leaders, representative groups, and civil society organisations,” Mr Ansah stated.