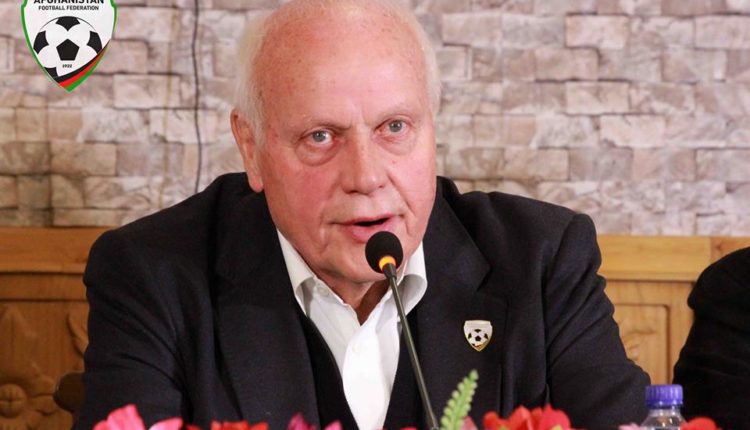 After substantive captain Abedi Ayew Pele picked up a booking in the semi-final win over Nigeria and consequently became ineligible for the final showdown, assistant skipper Yeboah was ignored as the armband was handed to Abedi’s roommate Baffoe, who had just joined the team ahead of the tournament.

Yeboah recently accused Baffoe of scheming to earn the captaincy and attributed the final loss to the ‘unfair’ decision. Baffoe, who missed a kick in what ultimately ended in an 11-10 penalty shoot-out defeat, has denied any wrongdoing.

“Team handling is one of the most difficult duties of a football coach. But in Ghana, it’s a special situation with this clan [sic] thing: there are the Ashantis and the Ga-Adangbe people, Kumasi people and Accra people,” German coach Pfister told Citi Sports.

“So I thought, to keep out this problem, and maybe it was a mistake, but I gave Tony Baffoe the captain’s armband because he was from Germany and he was out of this whole clan thing. That is why I gave him the captaincy.

“But Tony Baffoe was also a great player; he played in Dusseldorf and also played with Metz in France. But beyond all that, he was the most neutral. He was absolutely neutral, that’s why I gave him the captaincy.

“But this was not why we lost the final. It was 28 years ago and I’m sorry to Tony Yeboah for this but I think it wasn’t such a big problem.”

Ghana have since 1992 reached the Afcon final on two occasions with both ending in disappointment.