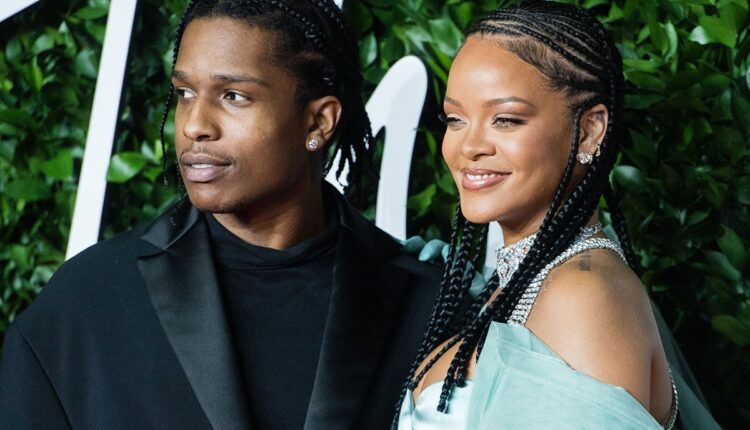 He emerged on the national rap scene in 2011 when one of his singles, “Peso”, hit the internet and made it onto HOT 97.

He has been rapping professionally since 2007 when he joined the A$AP Mob Crew, where he adopted his stage name. He learned how to rap from his older brother but he did not take rap seriously until his brother was killed.

Rocky joined A$AP Mob at the age of 19 and worked with the group’s producers to develop the spacey soundscapes underpinning his raps — Clams Casino, SpaceGhostPurpp, and A$AP Ty Beats, according to this report.

His release of “Peso” and later “Purple Swag” in 2011 won him a major record label. He subsequently released his first mixtape “Live. Love. A$AP.” The following year, he signed to the Sony/RCA of Polo Grounds Music for $3 million.

Rihanna’s dad reacts to her pregnancy news; reveals when she told him.

The album topped the Billboard 200 Chart and generated four singles “Goldie”, “Fashion Killa”,  Problems”, and “Wild For The Night”. Problems” reached No.8 on the Billboard Hot 100 chart and sold over 3 million copies in the U.S. That same year, he released his ASAP clothing brand and later collaborated with fashion designer and close friend Raf Simons.

In 2015, he released his second album “At.Long.Last.A$AP” which featured guest appearances from M.I.A, Future, Mark Ronson and Kanye West. In 2018, he collaborated with Gucci Mane and 21 Savage on the song “Cocky”, to promote the film, Uncle Drew. He released a single, Bad Company in March that same year and a second single “A$AP Forever” on April 5. Then came his album, Testing, which was released in May 2018 and debuted at No. 4 on the Billboard charts.

Today, Rocky remains a household name to most rap fans. He has collaborated with artists like Rihanna, Future, Rod Stewart and Lana Del Rey.

His success as a rapper has also earned him a sizeable fortune. According to Celebrity Net Worth, Rocky has a net worth of $10 million. This is a drop in the ocean, comparing his net worth with his girlfriend, Rihanna, who is a billionaire. In 2020, she debuted on Forbes’ list of richest self-made women in America. The following year, Forbes reported that she is worth $1.7 billion, making her the wealthiest female musician in the world.

Meanwhile, Rocky is expecting a baby with Rihanna. The “Diamonds” singer debuted her baby bump over the weekend in New York City while she was photographed together with Rocky.

Rocky was born in Harlem as Rakim Mayers on October 3, 1988. He moved around homeless shelters with his mother and sister before rising to fame. The rapper was a focal point in the conversation at Donald Trump’s impeachment. This was after his arrest in Sweden on assault charges after a street brawl. Although Sweden has no bail system, Trump, according to U.S. ambassador to the European Union (EU) Gordon Sondland, pressured the Swedish prime minister, Stefan Lofven, to release Rocky on bail.

From his Twitter account during that period, Trump boasted about what he was doing to ensure Rocky came back home until the rapper returned to the U.S.