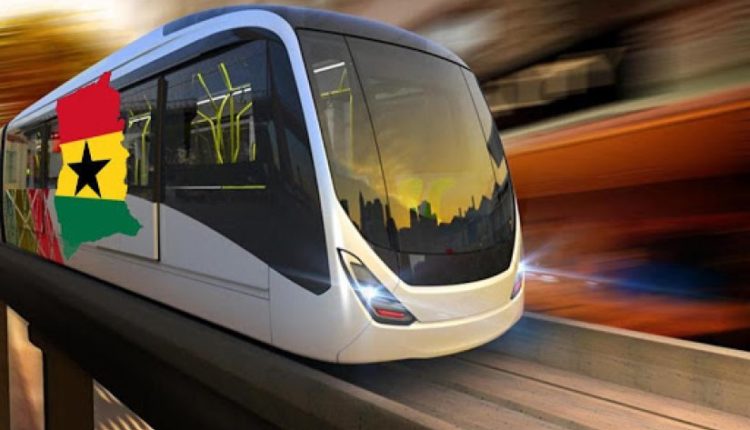 The Ministry of Railways Development and its South African counterparts, remain strongly committed to the Accra Sky Train Project.

Contrary to media reports suggesting that the project is a fiasco, both the Ministry of Railways Development and the Government of Ghana on one hand, and the South African Investors, are eager to get the project started, the sector Ministry, has said.It said the coronavirus pandemic has posed a stumbling block on the commencement of the Sky Train Project.It said the agreement for the Accra Sky Train Project was signed in November 2019 in Johannesburg, South Africa.Per the agreement, the investors, who are South Africans, were supposed to visit Ghana to conduct the final feasibility study based on which both parties will get the necessary approvals for the start of the project.The required approvals are to be obtained from the Public Procurement Authority (PPA), the Accra Metropolitan Assembly (AMA), Parliament of Ghana, Environmental Protection Agency, Ministry of Roads and Highways and any other Local Government areas the train will pass through.However, due to the outbreak of COVID-19 and subsequent border closures in South Africa and Ghana, the investors have not been able to visit Ghana at the time they had planned to undertake the final feasibility studies.It refuted media reports that the project would be completed by August 2020.It noted that at the signing ceremony as part of the African Investment Forum’s Invest in Africa’s Space event in Johannesburg, South Africa, Mr Joe Ghartey, the sector Minister, admitted that there was lot of work to be done before the Sky Train Project can become a reality.“What we have signed today is a concession agreement but we still have some work to do. We will work hard and work together. We think it is achievable, we must make it work,” Mr Ghartey said at the signing ceremony.The Minister pointed out his strong desire to have the South Africans visit Ghana to conduct the final feasibility study to get work started.The Ministry, therefore, urged the general public to disregard media reports suggesting that the project is a fiasco.The Ministry assured the public that the South Africans will visit Ghana as soon as the borders are re-opened to complete the final feasibility study before the necessary approvals from PPA, Parliament, AMA, Ministry of Roads and Highways, and the Environmental Protection Agency.It would be recalled that a Memorandum of Understanding (MoU) was signed in November 2018, which allowed the South Africans to undertake preliminary work on the project.Based on the preliminary work, a concession agreement was signed in November 2019 in Johannesburg, South Africa.The Concession agreement was to enable the investors to do more work to bring up the engineering design and the exact cost of the project, among others.The investors and the sector Ministry are considering plans to undertake a post-COVID-19 assessment of the project.The signing of the concession agreement was between the Government of Ghana and the Sky Train Consortium of South Africa.Sky train systems are pre-fabricated using precision molded, prestressed reinforced concrete components that are capable of being installed at a very rapid rate, meaning that there is minimal disruption and congestion in the urban area that is undergoing installation and commissioning.The proposed sky train initiative in Accra provides for the development of five routes, four of which comprised radial routes that originate at the proposed sky train terminal, at the heart of Accra, at a newly developed Kwame Nkrumah Circle, and one route that provides intra-city commuter loop distribution service, also emanating from Circle.The project envisages a total track length across all routes of 194 kilometres.The Sky Train is to be financed by the Ghana Infrastructure Investment Fund (GIIF), an independent fund set up by the government, and the Africa Investment Sky Train Consortium of private companies, African Export-Import Bank, also referred to as Afreximbank.It will also have the support of the African Development Bank, a regional multilateral development finance institution.The Sky Train Project is an investment of 2.3 billion dollars comprising a consortium of South African investors.GNA