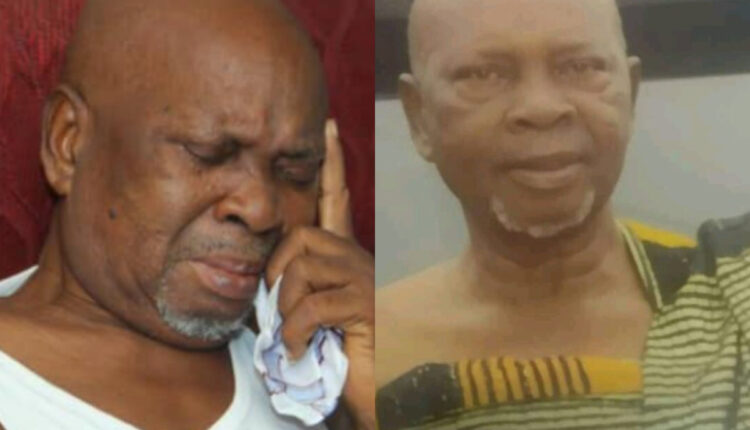 The Kumawood actor, according to family sources, died on Thursday, September 30 at the County Hospital at Abrepo in Kumasi after he was rushed to the facility for treatment.

The cause of death is unknown.

The 82-year-old had been incapacitated for the past six years, and as such has been out of the Ghanaian movie scene.

He left behind nine children and a wife. During his youthful years, King Aboagye Brenya combined acting with working at the Kumasi Cultural Centre.

He played several roles in both Ghanaian and Nigerian movies.

Although he was quite weak and was unable to work during his last days, his family says he survived on the revenue they were generating from his guest house and the school.

Following the news of his passing, some actors and producers have visited his home at Bohyen to commiserate with the family.

Fellow Kumawood actor, Kwadwo Nkansah ‘Lil Win’  in an Instagram post said “Ooo papa Rest In Peace and God be with you.”.