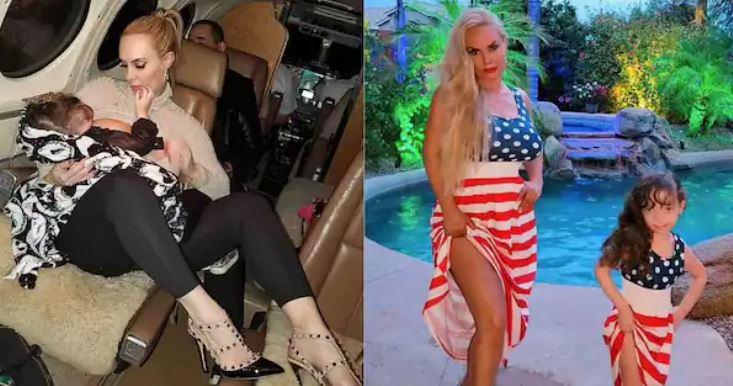 Actress explains why she still breastfeeds her 5-year-old.

According to her, even though Chanel is grown enough to eat solid foods, there was nothing wrong with feeding her breast milk.

She describes breast milk as “a little snack” that her daughter should have every now and then.

The actress and wife of American rapper Ice T said that her daughter also enjoyed it.

Her decision is a result of the challenge she faced in breastfeeding her daughter shortly after delivery.

“They told me I don’t want to miss this special moment with my child, health-wise and bond-wise. I hung in there, and now almost four years later, Chanel still wants it,” she insisted.

The actress revealed that she intends to breastfeed her daughter until she (daughter) refuses it.

“She’s going to go through a time in her life where she’s like, ‘Okay, I got this, mom, I don’t need you,'” she said, as reported by Daily Mail.

The American Academy of Paediatrics posits that infants should be breastfed exclusively for the first six months, after which complementary foods can be introduced.

It further adds that infants who are breastfed for longer tend to earn protection from some pediatric illnesses and long-term diseases.