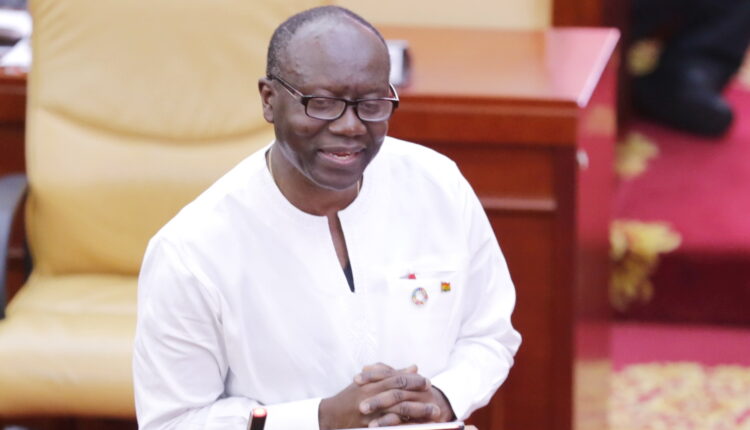 A raft of permanent measures aimed at enhancing revenue generation, and subsequently cementing fiscal consolidation, should inject an estimated GH¢8billion into the economy next year, Finance Minister Ken Ofori-Atta has indicated.

This, the minister said, is critical in its bid to “significantly enhance revenues” even as the country continues to grapple with unfavourable macroeconomic conditions, and as negotiations with the International Monetary Fund (IMF) continue.

“To support the fiscal consolidation process, permanent revenue measures with an estimated total yield of 1.35 percent of GDP will be presented to parliament for consideration and approval,” Mr Ofori-Atta said during the presentation of the 2023 Budget Statement on the floor of parliament.

The headline measure is the 20 percent increase in the Value Added Tax (VAT) rate from 12.5 percent to 15 percent, which is projected to rake in some GH¢2.7billion – almost 33 percent of the GH¢8-billion figure, with additional reforms to the VAT exemption regime promised.

Significant reforms will be made to the income tax regime, which will see the introduction of an additional income tax bracket of 35 percent as well as a return and withholding tax rate for gains on the realisation of assets and liabilities.

“The 1 percent concessional rate will be increased to 5 percent, while provision will be made for implementation of a minimum chargeable income system. The loss carried forward provisions in the Income Tax Act will be unified, while the treatment of foreign exchange losses will be restricted to actual losses,” he said, adding that the reforms will see unrealised exchange losses excluded from deductions.

Furthermore, the National Fiscal Stabilisation Levy (NFSL) will be converted to the Growth and Sustainability Levy (GSL), with more organisations roped in.

Introduced in 2013, the NFSL currently applies a 5 percent rate on the pre-tax profit of specified companies and institutions to raise revenue for fiscal stabilisation of the economy.

On the import front, the controversial benchmark discount policy will be fully phased out in the coming year, with excise rates on products such as alcohol spirits expected to see a hike.

Also, importers will be able to clear their goods themselves without the services of a Customs house agent, with an expected amendment of the Customs Regulations, 2016 (LI 2248).

A roll-out of the 5th generation mobile network (5G) appears to be in the pipeline with the proposed sale of the 5G Electromagnetic Spectrum.

To boost wider adoption of the levy on electronic transfers (E-levy), the minister disclosed that the headline rate will be reduced to 1 percent of the transaction value alongside the removal of the daily threshold.