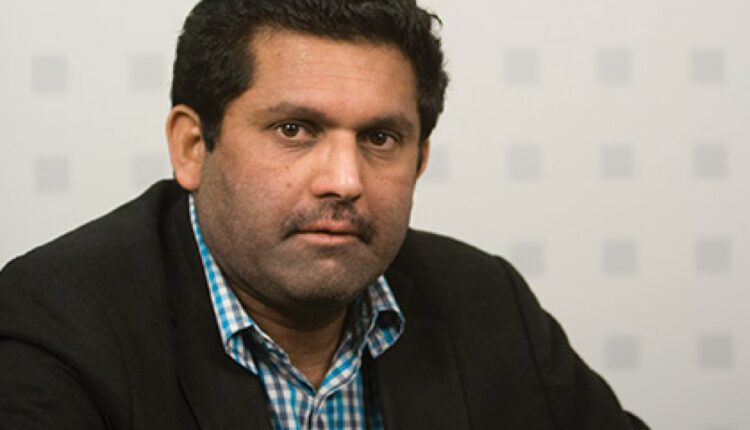 In an attempt at answering the million-dollar question of how Africa can finance its energy transition goals, Executive Director of the African Climate Foundation, Saliem Fakir, says help does not always have to come from the west.

In a third episode of the African Climate Foundation’s (ACF) Podcast Series titled Africa’s Voices: Messages for the COP, Fakir pointed to the potential of the continent’s historic and ambitious trade deal, The African Continental Free Trade Area (AfCFTA) which aims to create a single market by connecting almost 1.3bn people living on the continent’s 54 countries.

Climate financing remains a significant hurdle for Africa as the world gathers for 26th United Nations Conference of Parties on Climate Change (COP26) in Glasgow, Scotland.

While advanced countries have the financial might to adapt their economies to green technology and sustainable development, developing and emerging economies, such as those in Africa, do not have the money muscle to address a problem of which they have contributed the least.

A UN fact sheet on climate change says Africa accounts for only 2-3 percent of the world’s carbon dioxide emissions from energy and industrial resources. Africa’s per capita emissions of carbon in 2000 was 0.8 metric tons per person, compared with a global figure of 3.9 tons per person.

The State of Climate in Africa 2019 report coordinated by the World Meteorological Organisation noted increasing climate change threats for human, food and water security and socio-economic development in Africa.

“The seeds of conflict are being sown today and unless we improve adaptation spending, we are going to see some very serious potential conflict situations emerging in the African continent unfortunately,” Adnan Amin lamented.

They both re-echoed global calls on advanced countries to redeem their pledge to finance developing countries’ effort to adapt their economies to green technology.

But Africa cannot pay back advanced countries by jacking up its CO2 emissions in its quest to industrialise. Ultimately, Africans need to “find very clever and collective ways to find cheaper ways” of climate financing.

“If we can get the AfCFTA agreement off the ground, we can have a small levy on African free trade of goods traded within the region and we can finance some of these projects,” he said.

So far 36 out of 54 African countries on the continent have deposited their instruments of ratification as of February 2021. The trade bloc could lead to the elimination of some 90% of tariffs on products within member countries.

The ACF Executive Director believes a small tax could be inserted into the trading system with proceeds going into climate adaptation financing.

He also suggested that Africa looks to its global diaspora which has an estimated $500billion in disposable income.

“We don’t have to rely on foreigners” to embark on an energy transition, he said and suggested that some emerging economies on the continent could issue green bonds as a financing instrument for climate change.

He also cited the financing model used by Ethiopia in building the $5bn Grand Ethiopian Renaissance Dam (GERD) from 2011 to 2020. Ethiopia was forced to crowdfund the project which cost 7% of its Gross National Product. The country used internally generated funds and persuaded employees to contribute a portion of their incomes.

“We don’t have to rely on expensive private debts which [is what] we are going [in Africa]” Saliem Fakir said.