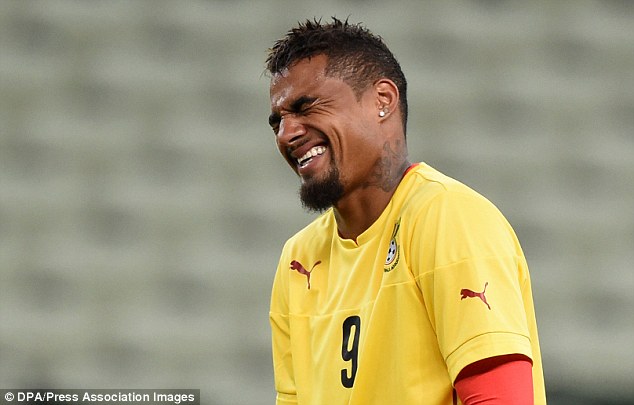 Kevin-Prince Boateng has taken a swipe at the Black Stars after their 2019 Africa Cup of Nations exit on Monday evening.

The Black Stars were sent tumbling out of the competition by Tunisia following a 5-4  loss on penalties, the match having ended 1-1 after extra-time.

In normal time, Taha Yassine Khenissi broke the deadlock for Tunisia in the 73rd minute before Rami Bedoui’s own goal in injury time levelled the score for Ghana.

And Kevin, who was not invited for the tournament, took the opportunity to take a swipe at the players and coach.

The former Barcelona striker posted on Twitter; “No PRINCE no PARTY #GhanaBlackStars”

Kevin is serving an indefinite suspension from the senior national team after allegedly assaulting a former official in Brazil during the 2014 Fifa World Cup.

The 32-year-old has been capped 15 times by Ghana, scoring two goals.