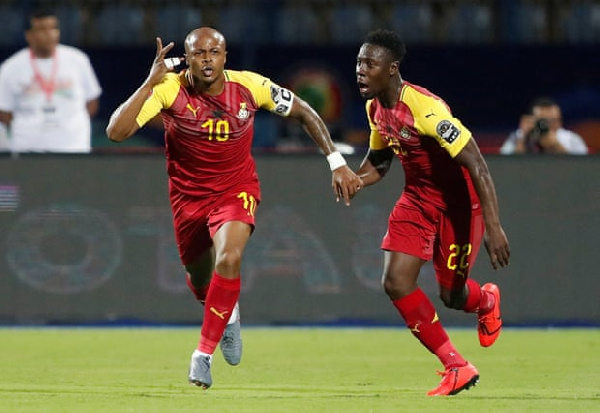 Andre and Jordan Ayew were both on target as 10-man Ghana were forced to settle for a draw against Benin at the Africa Cup of Nations.

The Black Stars took the lead in the game on the 42nd-minute courtesy of Jordan Ayew.

Ghana arrived in Egypt as one of the favourites for the title but were carved open for Benin’s opener, which came from the first real attack of the contest.